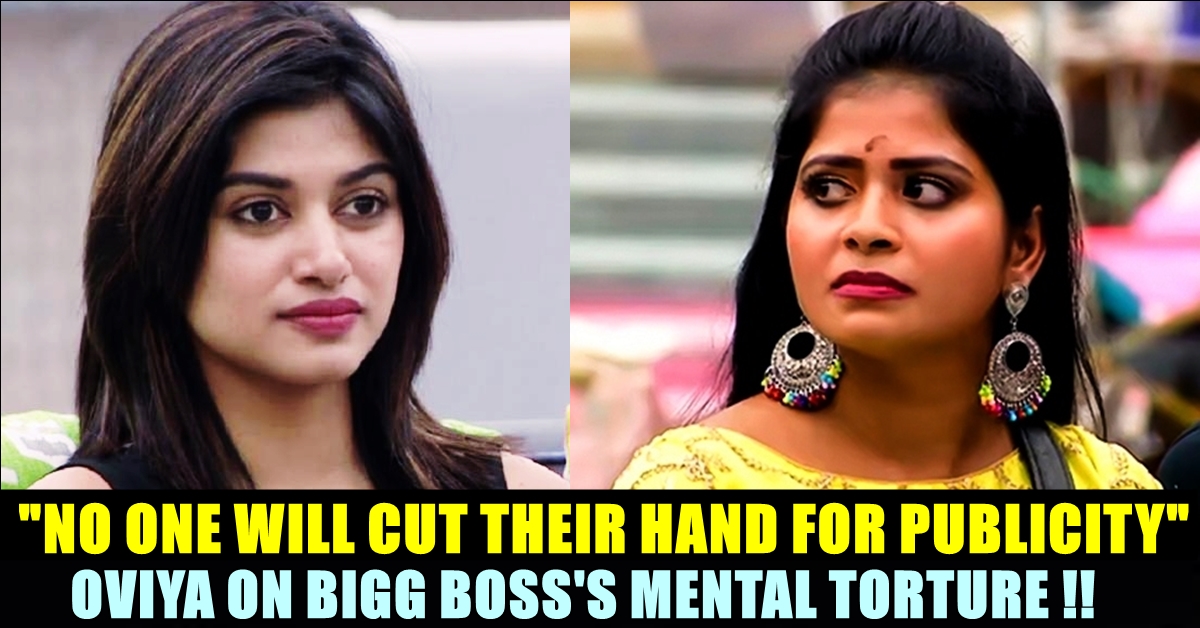 After nearly three years, Oviyaa who rose to fame through her participation in Bigg Boss show questioned if the show is needed through a tweet. She asked her 5 lakh followers in Twitter whether they want to ban the show or not. To our shock, the actress, while discussing about this topic with her fans, said that she doesn’t wants to see another Sushant in Tamil nadu. She also wished the management of Bigg Boss not to torture contestants until they commit suicide for TRP.

In the show, the actress attracted the audience through her bold statements and gutsy decisions inside the house. The actress confronted with almost all of her housemates inside the Bigg Boss house, including experienced dance choreographer Gayathri Raghuram and senior comedian Ganja Karuppu. However, She walked out of the show in mid way and returned in the next season as a guest.

Now, the actress came up with a tweet asking “Do you agree or disagree to ban big boss show?”

Do you agree or disagree to ban big boss show?

To a follower who asked why she is making noise about it now after three years, Oviyaa said that she doesn’t want another Sushant in Tamil nadu.

I dnt want to see another sushanth in tamilnadu .. vitiduge.. it's my mistake

On seeing this tweet from her, one of a follower said that she doesn’t need to use Sushant Singh Rajput’s name for this and asked her to battle legally against the Bigg Boss management.

You not only have the money but also the right reach to do so, sitting instead on social media and creating a frenzy is not the solution, you and I both know that

Let's start being the solution, rather than victimizing ourselves and setting off a stream of problems instead.

Replying to this comment of him, Oviyaa said that she doesn’t have the power to win a legal against a biggie like endemol shine group and added that she is wishing them to consider her request to refresh the contract.

I cant move legally sir .I myself signed the contract book and I'm locked.and also I have no hope of winning against such biggies like endamol shine group.i jus wish they'd notice my kind request and refresh the contract.dats all

To a follower who asked why she is disclosing about it now, Oviya stated that they (Bigg Boss management) declared her as mentally unstable. “I’m saying this for my satisfaction. I know nothing a gonna change In this toxic manipulative world of cooperative companies” she wrote.

How can I say this sir.Dey ve already declared I was mentally unstable when I left the show.. now also I'm saying this for my satisfaction. I kno nothing a gonna change In this toxic manipulative world of cooperative companies

Another user who said that Madhumitha hurt herself for publicity, Oviyaa replied by saying “No one will cut their own hand for publicity”

Noone will cut their own hand for publicity

“You gained fame only through that show” said a follower to whom Oviyaa replied by saying that life is important more than fame.

“I wish they should not torture contestants until commit suicide for TRP” said Oviyaa in her next reply.

Do you think Bigg Boss should be banned ?? Comment your views on these replies of the actress !!