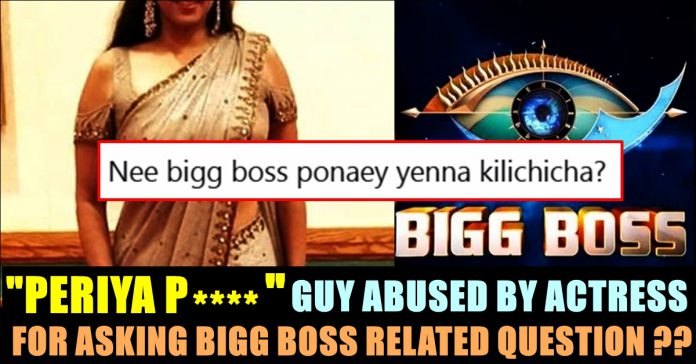 DMK conducted a protest yesterday in a way of expressing their stand against the Citizenship Amendment Bill which was recently passed by the BJP government in the parliament. In the protest, along with DMK, few other party leaders also took part to oppose the law. Authorities of DMK invited actor turned politician Kamal Haasan in his office to take part in the protest.

Kamal who initially showed positive signs to take part in the protest, turned down the invite later and didn’t attend it. The leader of Makkal Needhi Maiam said that he won’t be available on the said date due to the visit with his doctor regarding his leg surgery. The party made sure to participate in such protests in the future.

Meanwhile, actress and Bigg Boss participant Kasthuri questioned about the absence of the MNM leader in her official twitter account. She wrote “I missed the memo. Why did not Mr Kamal Haasan back out of today’s peaceful protest ? கமல் கலந்து கொள்ளாததற்கு காரணம் ?”

I missed the memo. Why did not Mr Kamal Haasan back out of today's peaceful protest ?
கமல் கலந்து கொள்ளாததற்கு காரணம் ?

To her tweet, one of her follower and Twitter user asked what she did inside the Bigg Boss which is worth noticing. His tweet read “Nee bigg boss ponaey yenna kilichicha?”

To this tweet, Kasthuri immediately replied with a phrase which is an abusive one, according to her followers. Check out her reply here :

This reply from the actress surprised her followers who started reacting to it right away. Few asked her to behave with decorum where as others laughed to it. Check out some of the reactions below :

However the actress made it clear that she asked “If he is a big shot in the neighbourhood” through one of her reply to an user who questioned about it.

Check out some of the other replies from her the online users :

And they realised this in the three days AFTER kamal personally went and extended support. hmmm.

Not only for her film appearances, Kasthuri is also known for her existence in social media platforms. She never shied away to post her opinions on political happenings. Her controversial tweets and verbal spat with the followers, often grabbed the headlines. She also participated in the latest season of Kamal Haasan hosting Bigg Boss show only to get eliminated in the first week of her nomination.

Previous articleCase Against Shalini Pandey For Cheating !! WATCH !!
Next article“Hero” Makers In Big Trouble For Stealing Story From Assistant Director !!

For Buying This Player For 6.75 Crores, Fans Thrashed CSK !!

IPL auction is the talk of the town right now. Pat Cummins, with a base price of Rs 2 crore, became the most expensive...

Chennai Super Kings were not very consistent with the bat right through the tournament and their opener Shane Watson could not find his groove....