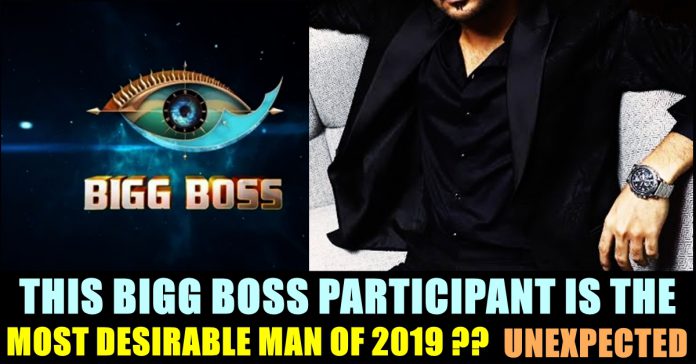 After life of the contestants of Bigg Boss Tamil season 3 are very much visible as they are super active in social media platforms such as Twitter and Instagram. Apart from few contestants such as Mohan Vaithya and Fathima Banu, almost every other contestants including Cheran are communicating with their fans and followers in Twitter and Instagram. They are also seen attending award functions to receive awards for their participation in the expensive show.

Now to our surprise, Kavin one of the contestant participated in the show has won the Most Desirable Man on Television award for spending 90+ days in the Bigg Boss show. The award was provided by Chennai times of Times of India group. Kavin is one of the most talked about contestants of Bigg Boss season 3 and he walked out of the show with his own will.

Kavin also became one of the most controversial contestant in the Bigg Boss house for his behaviour inside . The actor who was approached in last season, decided to take part in this season as he was acting in a movie as protagonist at that time. However, the movie which was titled as “Natpuna Enna nu Theriyuma” release delayed for several reasons and went unnoticed. “Pizza” “Sethupathi” fame Ramya Nambeesan played the role of his love interest.

After entering the Bigg Boss house, the actor grabbed the attention of media for his strategy of loving 4 girls at the same time to win the title and to keep the audience engaged. Though his strategy went completely wrong, the actor ended up winning many hearts of the fans as he related with people.

On winning the award Kavin who initially thought that it is prank, felt extremely proud and happy for winning the award. “I am surprised to see my name on the list. It makes me happy that I am part of something which boasts big names. When you are in media, you always want to be a part in such lists or award nominations. In that sense I felt like I made it. This is more like a reminder to push ,myself more and work hard consistently to be responsible and sincere with my work” said the actor.

Other Bigg Boss contestants such as Mugen Rao and Tharshan also grabbed the spots of two and four respectively. Kavin also posted a tweet after winning the award in his official twitter account.

"Most desirable man". I've never actually thought of myself like that. But it feels jolly when someone says like that. 😁 So i thank @chennaitimestoi and the people who thought so & My hearty wishes to all other winners.😊 I will keep working hard to entertain you all forever! pic.twitter.com/foz7Iu4289

What do you think on Kavin winning the “Most desirable Man on Tv” award ?? Comment your views below !!