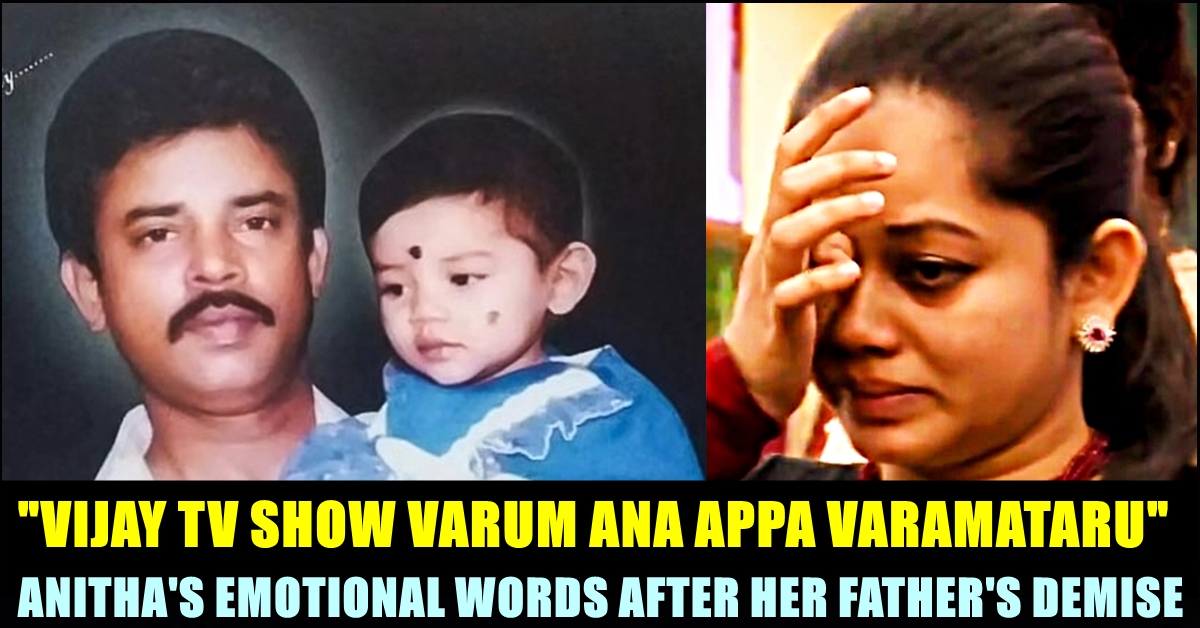 Anitha Sampath’s father R.C Sampath passed away in the wee hours of Tuesday. He was 62 years old and the former news reader shared about it in her official Instagram account. Anitha got evicted from the Bigg Boss house on Saturday and uploaded a series of emotional stories in Instagram saying that her father had acute ulcer and died due to age factor. She said that her father couldn’t eat for the past couple of days and made it clear that he didn’t die due to heart attack.

“My dad Mr. R. C. Sampath suddenly demised due to age factor.. He is 62 I still can’t believe he is no more. Last ah i met him when i went to quarantine for Bigg boss. When i came home after biggboss he went to shirdi.. i dint even talk to him as his phone was not reachable.. Today 8am heard this shocking news that he passed away when he was returning Chennai from shirdi in train near Andhra. By tomorrow he will come to Chennai.. I wish he is alive.. i can’t believe this..daddy ni veetuku nadandhu varanum..unta neraya pesanum. un voice ketu 100 naal mela achu…” said Anitha in her story.

“Dad had acute ulcer.. due to age factor he passed away.. he was not able to eat for the past two days.. He dint have heart attack..” her next story read.

“I could have spent more time with my father by getting eliminated earlier if I came to know about this before. Opportunity to get part in a Vijay TV show could come again but my father won’t. If I got saved this week, I couldn’t have met my father. Life is so unpredictable.. Everything happens for a reason.. Please take care of your parents..i missed him.. feeling guilty..” said Anitha in a story of her.

Anitha got officially evicted as the 10th contestant from the Bigg Boss house on the Sunday’s episode of the show. The former news reader is upset that she couldn’t even speak with her father properly after her eviction. Anitha’s husband Prabhagaran also uploaded an Instagram story updating about the news.