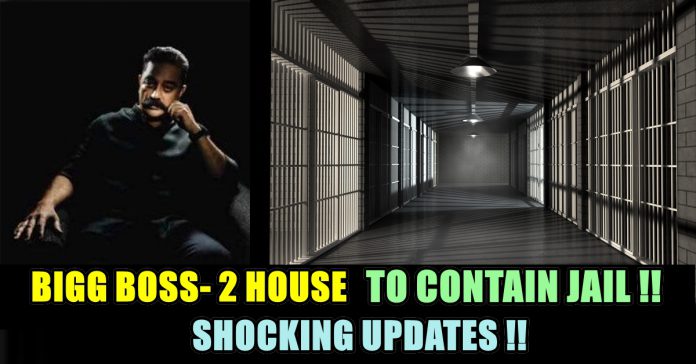 As there are only 3 days left for the kick off of BIGG BOSS season 2 , all the contestants of previous season are seen promoting for the show. Today a new promo surfaced in which , Raiza , the pyar prema kaadhal  actress alerting the audience for the arrival of BIGG BOSS.

From the time BIGG BOSS 2 was announced, speculations have been rife about who would be part of the reality show. Some of the names that were tossed around included Bharath, Power Star Srinivasan and Kasthuri. But neither of them confirmed nor denied it. Recently, even Sneha was touted to be a part of the show, but she took to her micro-blogging page to put rumours to rest. She tweeted, “Dear all am not part of biggboss2. DOT! It’s completely a baseless rumour. I am happy where n what I am. Wish some of our media friends had some courtesy to check with me before spreading such news!” (sic) Season 1 of Bigg Boss Tamil brought a 10 percent hike in the viewership of Star Vijay, eating into it’s chief competitor Sun TV’s share. It was a win-win for all concerned. Kamal has been trying, from Day 1 of Season 1, to make this show something bigger and more altruistic that it actually is. He called it a social experiment and said that was why he decided to come on to the show. Now some of the media people are let by the BIGG BOSS management to stay for 1 day in the house of BIGG BOSS. Those who visited the house reportedly said that there are no 60 cameras as said by Kamal Haasan in the show but more than that. They also said that the house is completely renovated from the 1st season and to our shock there is a Jail in the house where there is no facilities of fan , ac and all. The show is also planned to be expanded more than 100 days it seems. Watch the video below :

What do you think of the structure of this season’s BIGG BOSS ??

Previous articleModi Congratulated Afghanistan For Their First Test !! : People Presenting Him The Memes Made Of His Fitness Challenge !!
Next articleBREAKING : Rajinikanth To Join A.R Murugadoss After Karthik Subbaraj’s !! : Twitter Reacts !!

Varalakshmi Sarathkumar Shuts Down A Reporter With Her Bold Reply !! WATCH !!

Varalaxmi Sarathkumar is an Indian film actress who has appeared in Tamil, Malayalam and Kannada films. She made her debut with the Tamil film...

A tweet was posted on @teslaownersSV featuring a quote under the name of Elon Musk. The quote is a motivational quote. Elon Musk has...