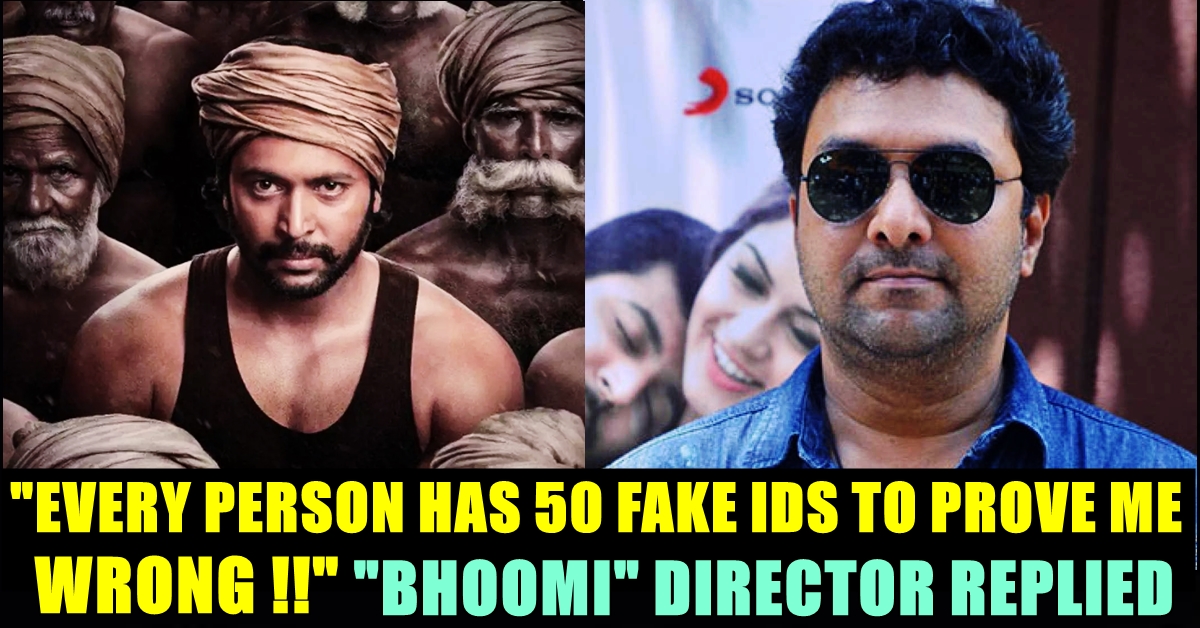 Director Lakshman who made films such as “Romeo Juliet”, “Bogan” and “Bhoomi” in Tamil film industry, came up with a tweet accusing the face accounts in social media on Wednesday. The filmmaker said that each person are running 50 fake accounts to prove him wrong and believed that those people who are owning 50 fake accounts will win. The filmmaker also asked one of a twitter users to point out the flaw in his recently released “Bhoomi” film.

“Bhoomi”, the 25th film of “Jayam” Ravi was supposed to get a theatrical release during May 2020 but got directly released on Disney plus hotstar due to the COVID 19 outbreak. The director-actor duo worked on two successful projects named “Romeo Juliet”, a romantic comedy and “Bhogan”, a supernatural thriller prior “Bhoomi” and their third collaboration released with highest expectations among the audience.

Ever since the film released on OTT, it became a subject to massive troll in social media platforms. Memes, trolls and criticisms are surfacing in constant manner targeting the filmmaker for his ideology about farming and agriculture. The filmmaker tried shutting down the trolls by providing interviews for youtube channel and by replying to his haters in twitter.

Now, even after a month of the film’s release in Disney plus Hotstar, users of Twitter didn’t stop trolling the filmmaker. Frustrated with such comments, reactions and trolls, Director Lakshman, on Friday, came up with a tweet saying that each person has 50 Fake ids to prove him wrong.

Remember only 50 people with 50 fake id will win https://t.co/RyMb5qxvZh

The filmmaker also replied to a twitter users who advised him to accept criticism.

Can you tell what's wrong in this film sir https://t.co/Mkep2a25Vn

“”Bhoomi” intents to be a geopolitical drama about the daunting challenges faced by the agricultural sector of the country. The filmmaker started “Bhoomi” by showing Bhoominathan (played by Jayam Ravi) as a NASA scientist who nurtures the ambition of colonising Mars through cultivation. The protagonist is trying to create a new liveable planet for human civilization.

However, after knowing about the plight of farmers in his own country, Bhoomi stays and gives up ambition of creating a new world and changes it into a mission of saving earth from the greedy corporates. He decides to promote farming as a lucrative enterprise and wants people to achieve great financial independence through it.

Comment your views on these tweets of the filmmaker !!

Tamil Nadu Dalit Youth Thrashed By A Group Of Men !! CAUGHT ON CAMERA
For Selling “Master” Tickets At Rs. 50, Fan Trolled This Theatre Owner !! Check The Reply He Received
Advertisement