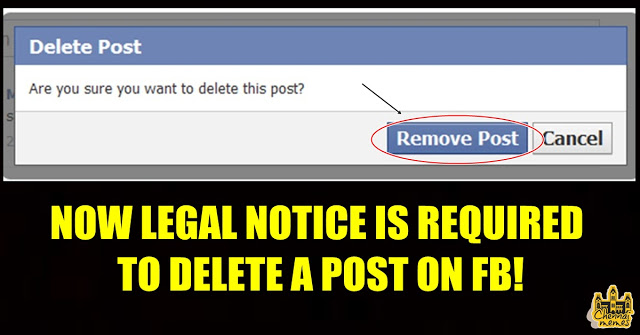 Mark-Zuckerberg-founded social network Facebook has revised its policy regarding removal of posts and has said that it will ask for a legal notice to remove any post.
According to Facebook’s Global Policy head Monica Bickert, the revised policy which makes it difficult to remove objectionable posts, will curb a lot of irrelevant requests and help in better management and content filtering.
She in an interview with Deccan Chronicle also highlighted the fact that a post will be taken down on counts of illegality when a government or legal document is presented along with the appeal. And that’s not all – after the submission process is complete, the company will scrutinise it under its legal guidelines.
She then said that no content will be restricted if someone outside the government flags it offensive.
As per another Facebook report, there are around exactly 14,971 pieces of blocked content during the July-December period, second only to France who have around 37,695 block requests.
The social media giant’s move was a result of a 2015 ruling by the Supreme Court of India under the guidelines of Information Technology Act 2000. After the ruling, Facebook ceased acting upon legal requests to remove access to content without a legal document.