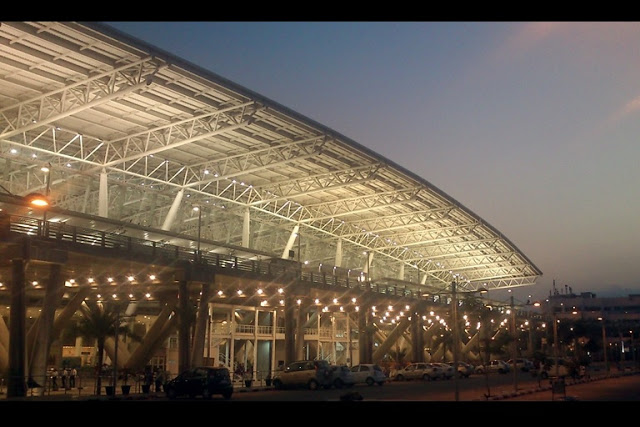 Chennai International and Domestic Airport has become a nightmare for frequent flyers, as the airport has been plagued with numerous instances of falling false ceilings and glass panels, since its inauguration in 2013.

On March 30, 2016, glass panels from the ceiling came crashing down at two different places at the airport, according to S K Saamy, an advocate in the Supreme Court, and a regular user of the Chennai airport.

He also stated that such incidents have occurred 61 times in the last three years.

SK Saamy has filed a petition on the matter to Justice D Murgesan, a National Human Rights Commission member.

And almost from the start, the problems began. On May 12, more than 20 panels of the false ceiling collapsed near the security hall at the domestic terminal.  Back then, the officials had blamed strong winds and thunderstorms for the mishap.

In one such incident in 2014, glass panels from the ceiling fell and injured one duty officer from the Airport Authority of India and three other private airline employees.

On April 9, a glass door collapsed near the entrance of the fourth floor. This was the 17th such incident after the airport was inaugurated. Since then, 44 further incidents have taken place.

In his petition, Saamy wrote, “Being a frequent flyer I use this airport several times in a year.  There had been many suspicions about the quality and sustainability of the work carried out in Chennai airport terminals.”

According to a 2015 airport survey by travel website The Guide to Sleeping In Airports, Chennai was listed as the seventh worst airport in Asia.