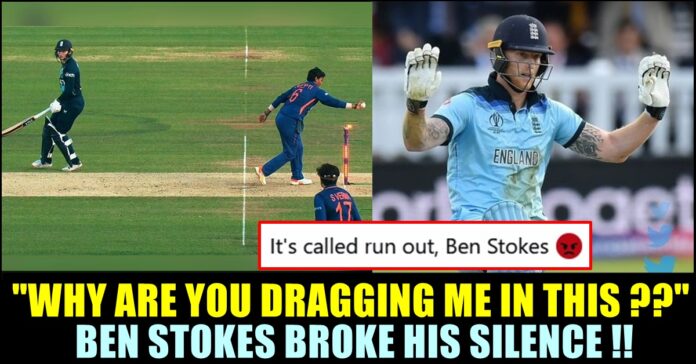 English cricketer Ben Stokes, on Monday, broke his silence on the recent “run out” controversy that took place between team India and England for women. The entire cricket fraternity divided into two after Deepthi Sharma of India took the wicket of Charlie Dean who was breaching the crease in the non-striker’s end. While a number international England cricketer’s expressed their dejection over the gesture of Deepthi, Indian players defended her act. 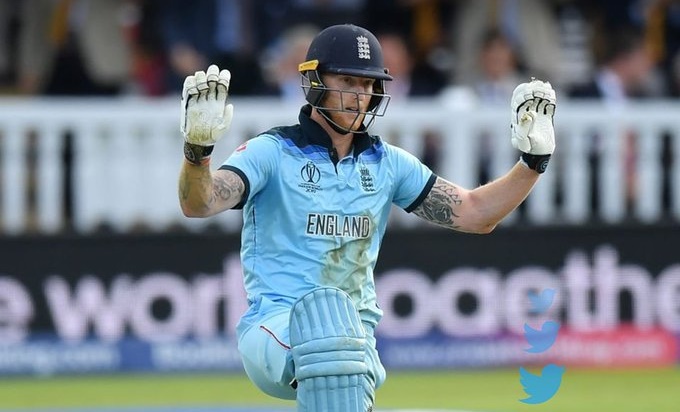 A number of fans even dragged the world cup final incident where a ball deflected the bat of Ben Stokes’s bat and went for four which costed New zealand their world cup dream. They said that the victory of England in the world cup final was announced considering the rules of ICC and questioned why some English players and fans are not accepting the wicket earned by team India through “run out” which was previously called as “Mankad”.

Team India for women defeated England in the third ODI to complete the 3-0 series sweep. Even with England 9 wickets down, Charlie Dean almost took the hosts on the brink of victory. To everyone’s surprise, Deepthi ran her out at the non striker’s end as she was backing up, to seal India’s win. The 20 year old was heart broken as she was seen shedding tears while shaking hands with Indian players. She walked in while England was struggling at 65-7 in chase of 170.

#ENGvIND Ben Stokes
If this is wrong Than this is
absolutely wrong pic.twitter.com/fiZHCBRovV

Dean put on a 38 run stand with captain Amy Jones. Even after Jones and Kate were dismissed quickly, Dean kept the score board increasing. While the team was needing 17 runs from 39 balls with one wicket in hand, Deepthi, the bowler who saw her taking advantage of the crease, ran her out at the non-strikers end and appealed.

As per the new rules imposed by ICC, through the method which was previously called as “Mankad”, Dean has been announced as “out”. Watch the video below :

The twitter cricket divided after Deepthi Sharma took the last wicket by running out the non-striker. Many senior cricketers from both India and England came up with reactions expressing their views on the run out. Staurt Broad, Anderson slammed deepthi pointing out the spirit of the game whereas legend Sehwag took dig at English team saying that they invented the game but forgot the rules.

Sam Billings, an English cricketer has been expressing his displeasure the way Dean got out and accused Deepthi Sharma of not even intending to bowl. James Anderson also joined him in venting his emotions out. Read : Ravi Ashwin Wants “Non-Striker” Run Out To Be Added In Bowler’s Credit !!

Now, on seeing people comparing his “overthrow” boundary that went after hitting his bat and the “runout”, Ben stokes came up with a tweet writing “Why are people comparing a ball deflecting of my bat to a mankad?”

Why are people comparing a ball deflecting of my bat to a mankad? pic.twitter.com/LeYEK601mP

Check out some of the top reactions his tweet received :

still have more icc trophies than u

Because it was unfair on the bowling team but legal. To be fair it was unintentional on your part.
But running a foot outside the crease before the ball is delivered, 50+ times in a match is intentionalhttps://t.co/QD3jk7WlMl

Winning a World Cup by boundary count is still the best one!! If that is in the rules of cricket, then why the hell you guys are debating for a Mankad which is completely legal?

England winning the World Cup by boundary count and INDIA affecting that run out both = legal and within laws of the game. Period.

Because both are debatable.