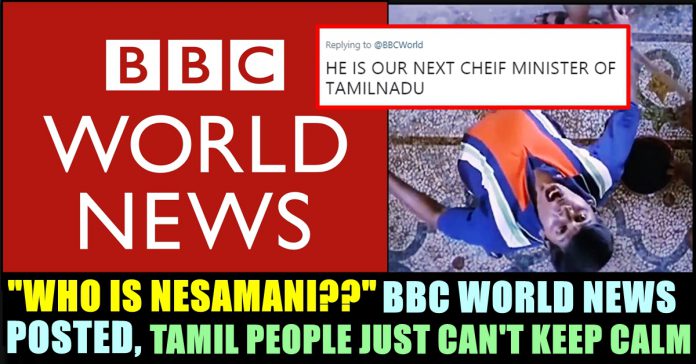 Nesamani has became a world icon. Yes, in one of his own movies Vadivelu would talk about becoming Obama in overnight. Now the same happened for one of his movie’s fictional character. The hashtag which trended India wide till yesterday evening is now trending worldwide to an extend world’s top broadcasting brand BBC posted about it. 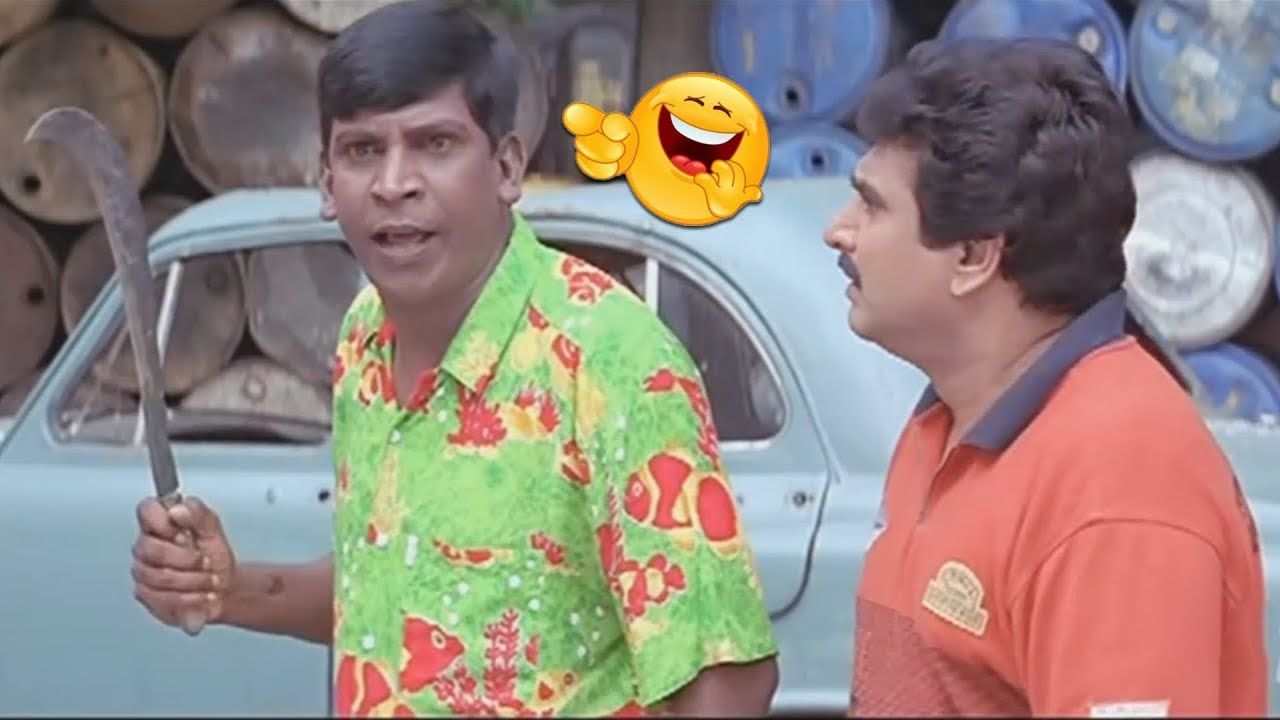 The post of BBC explains about who Nesamani is and why world is praying for him. The caption of their post read as “Neasamani: Who is he and why is the world praying for him?”

Neasamani: Who is he and why is the world praying for him? https://t.co/2qMI0hMqoO

The post filled with the reactions of Tamil people including Rio Raj, one of the popular face in tamilnadu. Check out few of the main comments here :

I just Keep thinking ,does Mr.Vadivelu (actor)
Know about all this or doesn’t???
But nesamani is a little better now.he spoke to us about our new song and told us he danced. #Pray_For_Nesamani 😜 Koluthi poduvom 😁

This is #Nesamani.., He is a big painting contractor.

This photo was taken while PM Modi meet Mr. Nesamani at his residence in Madurai TN.

One of the worlds best paint contractor from india

HE IS OUR NEXT CHEIF MINISTER OF TAMILNADU

Not only meme creators, the storm of Neasamani hit celebrities from the Kollywood industry as well. The hilarious posts helped many people to laugh their heart out. Starting from Harbhajan Singh, Chennai Super Kings spinner to Tamil actor Siddharth, many celebrities reacted on Neasamani’s injury. 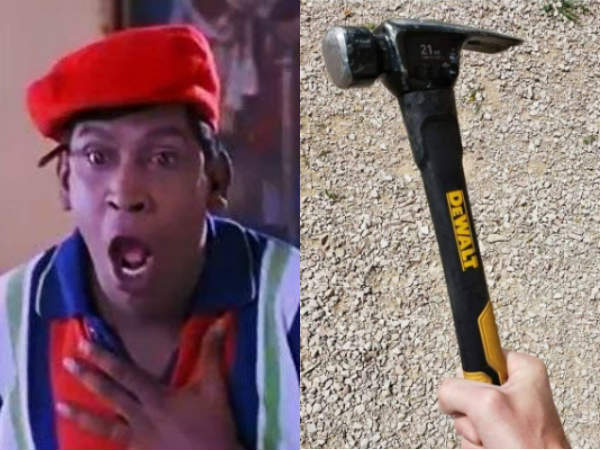 Now after nearly 18 years, hashtag #PrayForNesamani is now trending in social media for absolutely no reason. Nesamani is the character name of Vadivelu who played the role of a contractor in the movie. As we all know, Vadivelu is one of the main face in Tamil meme nation along with Vivek and Goundamani.