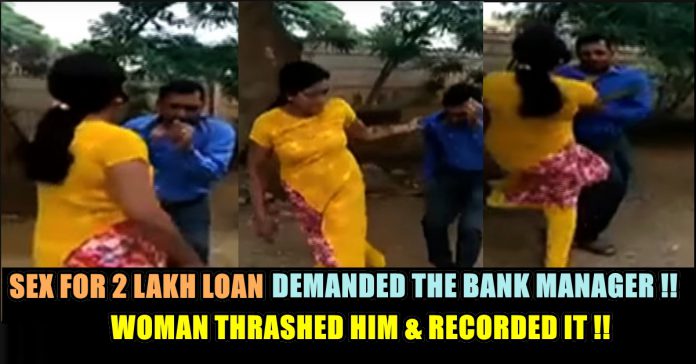 A woman in Karnataka’s Davanagere city thrashed a bank manager for allegedly asking for sexual favours to approve her loan. 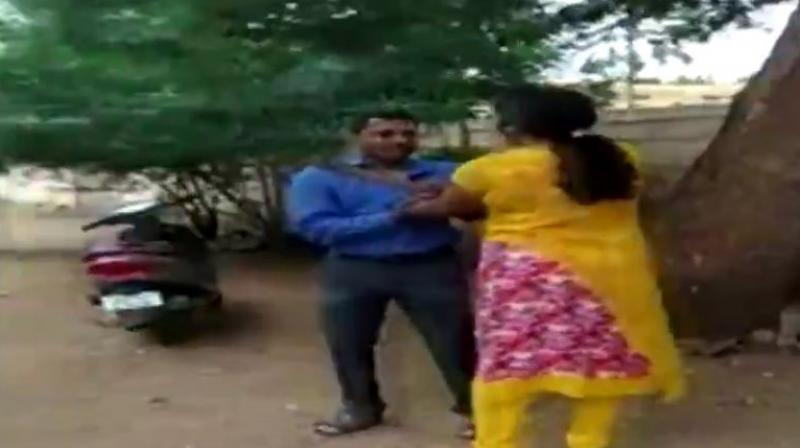 In shocking visuals exclusively accessed by Mirror Now, a manager at a bank in Karnataka’s Davanagere district was thrashed black and blue by a woman for allegedly sexually harassing her. The man was identified as Devaiyya and was employed at DHFL loan agency in Davanagere.

Devaiyya had allegedly asked the woman to make sexual relations with her in return of sanctioning her loan. She had reportedly applied for a loan of Rs 2 lakh. Infuriated at this, the woman took to beating up the man in full public view with a cane. She later dropped the cane and resorted to kicking, punching and slapping him left, right, center as she held him by the collar. 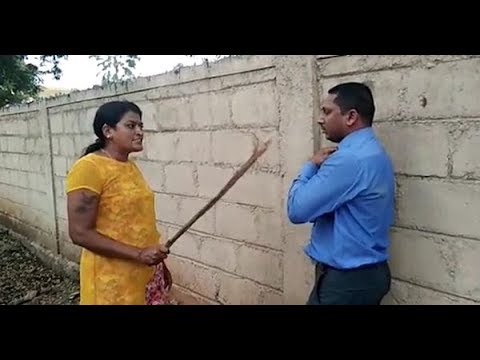 In broad daylight, as spectators stood and watched and recorded the video of the incident, a woman got back at her alleged assaulter by taking the situation into her own hands.

At the outrage of her modesty, the woman while rebuking him in Kannada so as to teach him a lesson, gave it back to him by assaulting him brutally also with her footwear. At the end of the video, it could be seen that even as two men came to the rescue of the alleged harasser, she continued to give him a tight one and did not leave the opportunity to lastly hit him with the cane as he escaped into a residential building.

Previous articleVaishnavi Herself Exposed The Abusive Comments She Received For Wearing Swimsuit !! Check What She Has To Say To Them !!
Next article“Thiruttu Payale” Director Accused By Leena Manimekalai!! She Shared A Shocking Incident !!