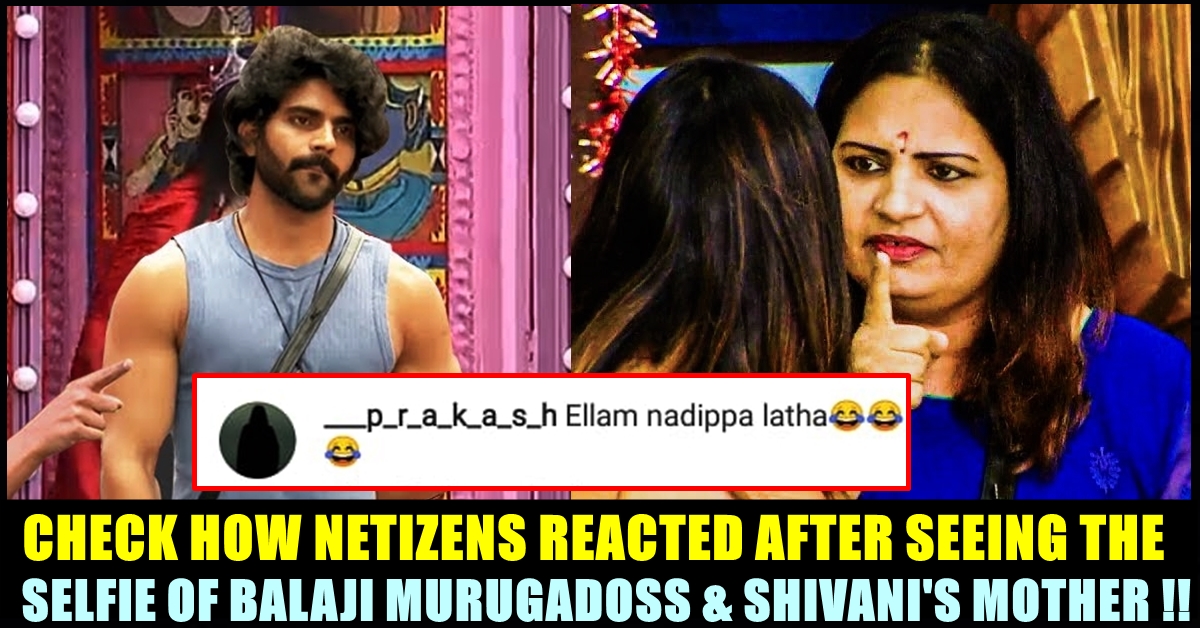 When Akila Narayanan entered the Bigg Boss house during the freeze task, she condemned her daughter Shivani for the way she maintained her relationship with Balaji Murugadoss. While wishing every other contestants, Akila didn’t utter a single word to Balaji. Now, on seeing the picture of Akila and Balaji together, Netizens wondered whether they are meeting for the first time after the sour encounter inside the Bigg Boss house.

Wow wow Mom you have done great job. Amma we are proud of you to raise your concern. Hope #Shivani will realise her mistake. #BiggBossTamil4 #BiggBossTamil #BBTamilSeason4 #biggboss #Shivani pic.twitter.com/GCGeq1k1HB

Shivani grabbed the headlines when her mother made her entry inside the house during the “Freeze” task. Akila Narayanan, severely condemned her daughter for flirting with Balaji Murugadoss without playing the game of her own. The episode attained special attention from the viewers of the cash-rich show and reactions poured from all the directions of social media platforms at that time.

However, now, after coming out of the house, Shivani has uploaded a picture with her mother saying that she is her everything. “My Everything ❤️” wrote Shivani and tagged the Instagram account of her mother.

Now, after attending the Birthday event of Shivani, Balaji uploaded a series of pictures in his Instagram timeline by uploading captions “Welcome to 20s club @shivani_narayanan” and “Happy birthday makku robot”