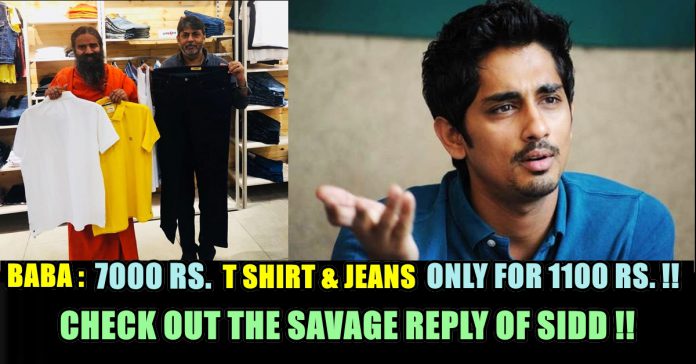 Yoga guru Baba Ramdev is all set to inaugurate Patanjali’s apparel store in the national capital on Monday on the occasion of Dhanteras. Located in Delhi’s Netaji Subhash Place, the store, called Patanjali Paridhan, is touted to be an “exclusive one-stop solution showroom” of garments.

Patanjali Paridhan will offer apparel for men, women and children under the brands Livefit, Aastha and Sanskar. From denim and casual wear to ethnic and formals, Patanjali’s fashion arm promises to offer around 3,000 products. 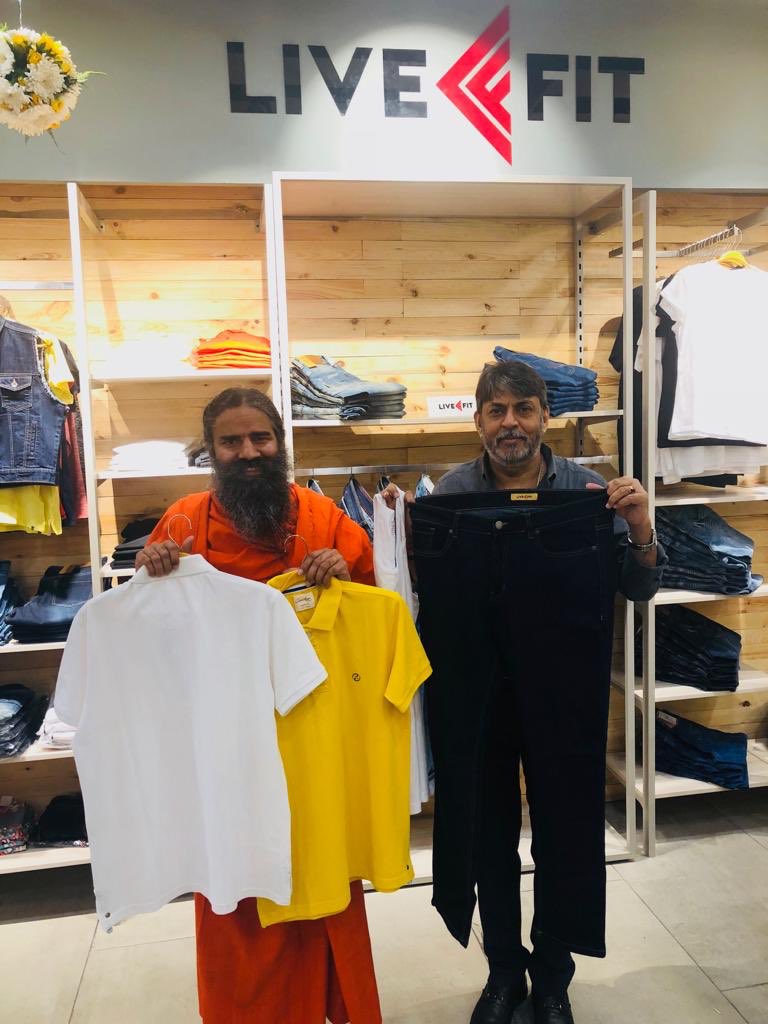 Baba Ramdev told the media on Sunday: “Patanjali Paridhan with several products ranging from jeans, ethnic wear to accessories will be launched this Dhanteras to counter foreign companies.”

“Like Khadi led to freedom struggle of the country, the Patanjali Paridhan will be the carrier of new revolution of economic independence in the country. Because clothing is not just a commodity, it’s statement of our self-respect, pride personality and identity which can never be compromised in life,” the company said.

Patanjali Paridhan is the latest addition to the long line of products launched by the company that focuses on ‘swadeshi’ and all-natural items. Reports had earlier mentioned that under Paridhan, the company is planning to open around 100 stores across metros as well as smaller cities.

The idea of swadeshi clothing line emerged around two years back when Ramdev said, “Just because I am a baba does not mean we cannot marry modernity with spirituality, we can make, let’s say desi jeans.” The same year Balkrishna said, “Jeans is a western concept and there are two things we can do with western concepts. Either boycott them or adopt them but customise them to suit our traditions. Jeans have become so popular that they cannot be taken away from the Indian society. Swadeshi jeans will be Indianised jeans in style, design and fabric.”

He also did marketing for his products through his official twitter account. He posted “Let’s don the ‘Swadeshi Gaurav’. Get these three Patanjali Paridhan products (1 Jeans & 2 T-Shirts) worth Rs 7000 in only Rs 1100 in this festive season. Join our Swadeshi movement to end the loot of multinational companies”

Let’s don the ‘Swadeshi Gaurav’. Get these three Patanjali Paridhan products (1 Jeans 👖 & 2 T-Shirts👕) worth Rs 7000 in only Rs 1100 in this festive season. Join our Swadeshi movement to end the loot of multinational companies 🙏 pic.twitter.com/EGbEdmtX87

On seeing this tweet Actor Siddharth who has been raising his voice constantly for social issues opposed and questioned the tweet. He replied “Worth Rs. 7000…in only Rs. 1100′. Why is it worth Rs. 7000? Who is looting whom? Economics is doing some confusion Aasan right now!”

That’s one hell of a troll ain’t it ?? Check out some of the reactions from his followers :

Jeans and T-shirt is swadeshi?

Sir, no wonder you films are always flop. He is comparing with the global brands ,for the same quality they are selling for Te 7000.

Same tactics used in your films failed actor. Showing super duper promos but the movies when watched is worthless.

Am a mfg so I know this costing tricks very well

Are you seeing this kind of promotion for the first time? This kind of offers are run by every mall. Why this selective outrage?

With that jean n tshirt we can do marana yoga..
That is why it worths 7000

What do you think on the statement of Siddharth ?? Comment below and lat us know !!

Previous articleVairamuthu’s First Tweet After The #MeToo Issue !! Check Out The Reactions !!
Next articleWent Hometown To Celebrate Diwali, This Popular Serial Actor Passed Away !! SHOCKING !!

To prevent Coronavirus from spreading across Tamilnadu, chief minister Edappadi Pazhaniswamy ordered to shut down all the Cinema theatres, malls, schools and colleges. As...