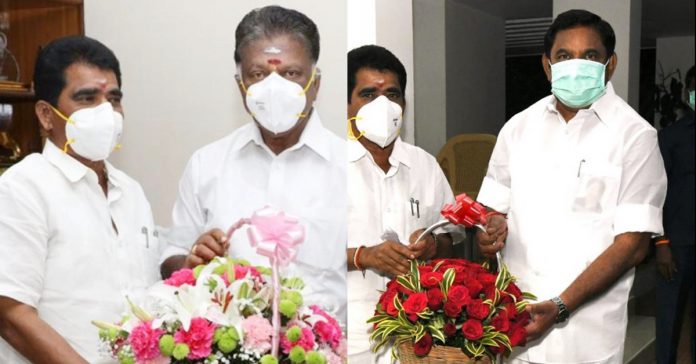 P.A Aarumuga Nayinar, former secretary of ADMK in Thoothukudi district, got appointed as MGR Mandram’s joint secretary. In 1982, he served as Thoothukudi district’s joint secretary and acted as MGR youth party’s secretary in Thoothukidi-Thirunelveli. After the demise of former chief minister MGR, In 1986, during the governance of late chief minister Jayalalitha, Arumuga Nainar served as a district secretary for five times and has been a secretary of Amma Peravai as well. He was also the Chairman of the Tirunelveli-Thoothukudi board of Trustees. P.A Arumuga Nair has held various positions in his political career as mentioned above.

Former Thoothukudi secretary P.A Aarumuga Nainar and Tamil nadu chief minister Edappadi K Pazhaniswami are friends with each other for 35 long years. Arumuga Nainar has named his daughter as “Jayalalitha” in the memory of the late chief minister J. Jayalalitha. Chief minister Edappadi K Pazhaniswamy attended the wedding of P.A Aarumaga nainar’s daughter Jayalalitha and Karuppasamy IPS that took place in Thoothukudi which evidently proves that they share a strong friendship between them.

“P.A Aarumuga Nainar is a dear friend to me for 35 long years” said Chief minister Edappadi K Pazhaniswamy in that marriage function. “No matter if he is holding a position in the party or not, he always served for the party. We couldn’t forget the service he provided during the initial period. It is notable that he served well for the party” he added.

P.A Aarumuga Nainar holding a state position is an additional strength to the party, believed the members of AIADMK party and are celebrating it in the districts such as Thoothukudi, Thirunelevli by raising posters thanking EPS and OPS.

Previous article“What Happened To The Cat” Asked BR !! Check Lokesh’s Answer !!
Next articleA.R Rahman’s Reply To A Follower Who Criticized His Insta Post !!