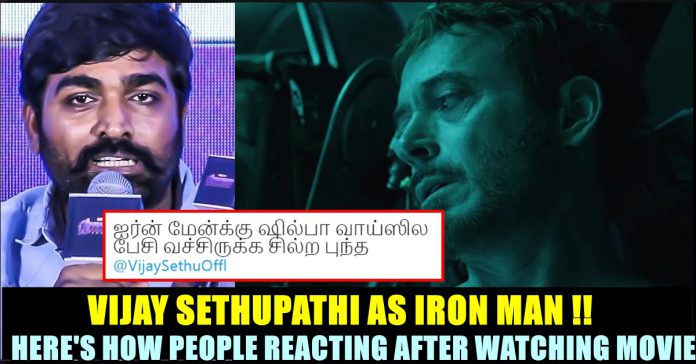 Finally, the moment millions around the world have been waiting for is here – Avengers: Endgame is being termed as the “most epic battle ever” and understandably so. Don’t worry, we aren’t giving out any spoilers here.

Of course, this is something die-hard Marvel fans have been planning the whole of last year ever since Avengers: Infinity War and THIS IS IT! Naturally, people are going out of their way to ensure that the experience is perfect. 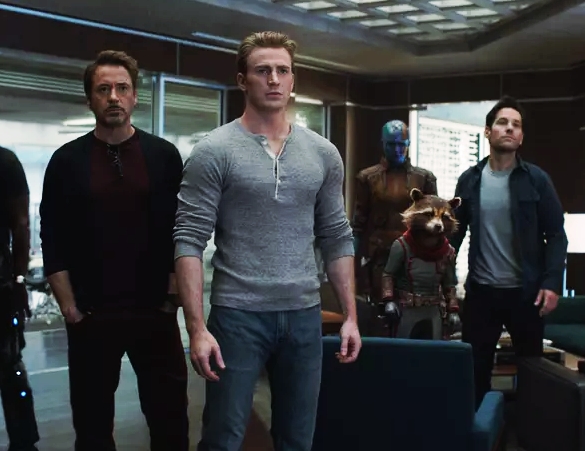 Avengers: Endgame is a 2019 American superhero film based on the Marvel Comics superhero team the Avengers, produced by Marvel Studios and distributed by Walt Disney Studios Motion Pictures. It is the sequel to 2012’s The Avengers, 2015’s Avengers: Age of Ultron and 2018’s Avengers: Infinity War, and the 22nd film in the Marvel Cinematic Universe.

The makers had earlier roped in filmmaker AR Murugadoss to pen the dialogues for the Tamil version. Marvel India has officially got on board Vijay Sethupathi and Andrea Jeremiah to dub for Iron Man and Black Widow.

As we all know many of the fans of Avengers seemed to be dejected due to the change in Tamil dubbed version. The main reason behind it is nothing but the voice of the Tamil celebrities who lended their voices to the main characters of the End game.

Many fans who are emotionally connected with these characters used to witness the characters of iron man and black widow with different voices. This abrupt change in the voice artists disappointed them in a big time which resulted in online trolls against Vijay sethupathi and Andrea. Vijay Sethupathi Proudly Shared The Tamil Version Of Avengers Endgame !! Check How Brutally He Got Trolled !!

Now after the film has been released here’s how audience have been reacting to Vijay Sethupathi’s voice for Tony Stark :

Few people expressed it in social media platforms as well :

“When I was approached to dub Iron Man’s voice in Tamil, I was sceptical at first. I was unsure whether my voice would be suitable for Iron Man. I first tried dubbing for the trailer and I have to say, I fumbled a bit. More than the franchise, I really like Iron Man’s characterisation — his casual demeanour and the way he handles various issues. However bad the situation might be, he has some back-up plan ready. My son loves ‘mass’ movies and is a big Iron Man fan. Lending my voice for Iron Man was nothing short of taking life lessons from the character. If they’re remaking Endgame in Tamil, I’d love to play both Iron Man and Thanos because… I like MGR and Nambiar.” said Vijay Sethupathi when he was asked about dubbing for Iron Man.