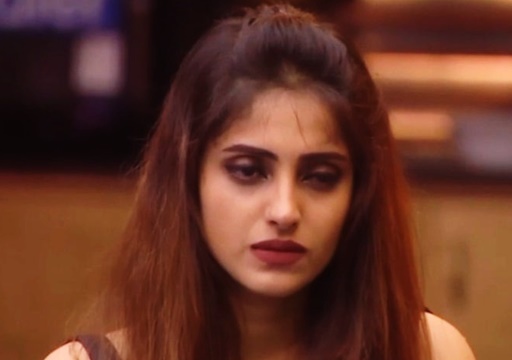 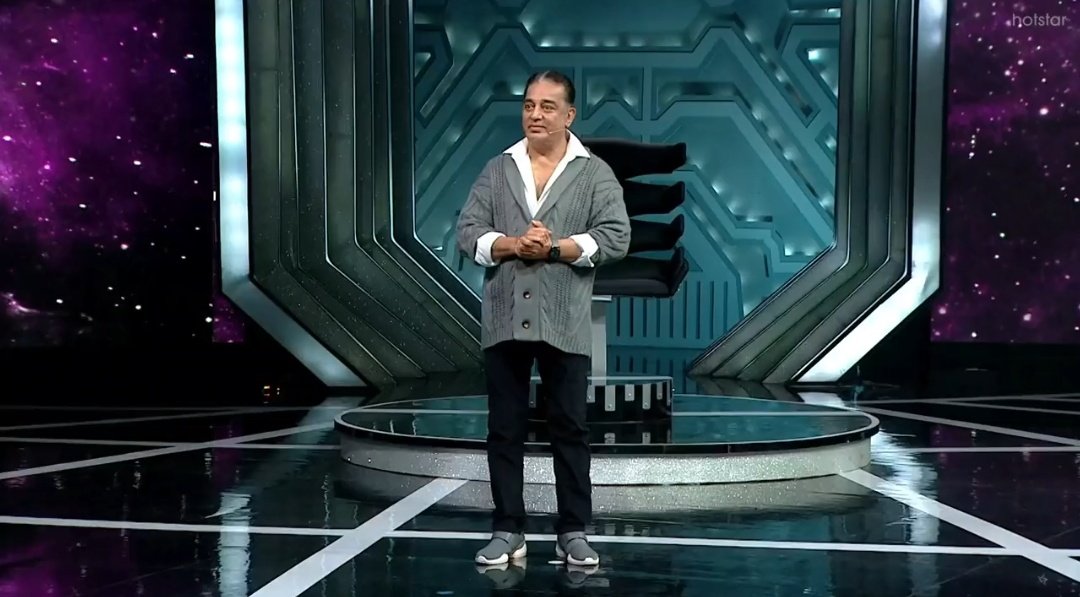 In the issue over Dhanalakshmi pushing Sherina away during “bommai” task, the “Vikram” actor streamed a “Kurumpadam” and proved that she could not be held accountable for the injury of Sherin. Kamal Haasan said that such injuries are normal in a physical tasks and criticized Sherina for playing the game as per her wish and physical condition.

After playing the “Kurumpadam”, Kamal Haasan asked Ayesha whether she got a clear idea about what happened during the task between Dhanalakshmi and Sherina to which the serial actress replied saying that she is still in confusion. The host got surprised and the Kurumpadam was played multiple times after that. 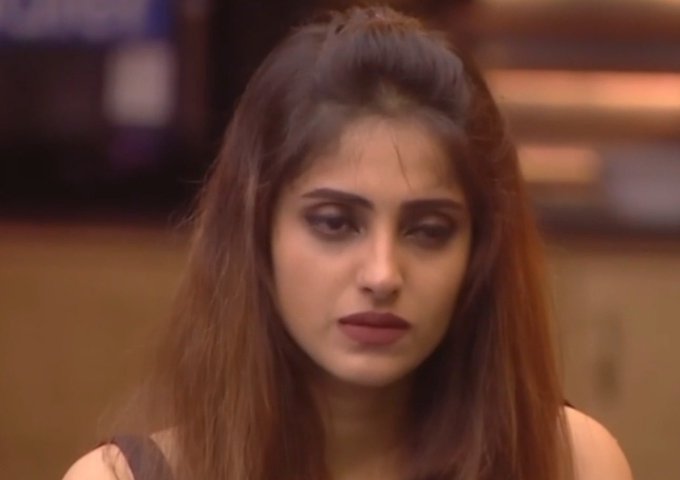 After Kamal Haasan asked Ayesha to be watchful after explaining the way she said that she is still in confusion even after watching the video, she wondered why Kamal Haasan made her stand and accused her while speaking to her co-contestants.

In the next episode, Kamal Haasan asked whether she has something to tell him, the conversation led Kamal Haasan to explain how she played the game and ruined it for Rachitha after deciding to quit it. In reply, Ayesha said “I never did that, don’t portray me in a wrong way” to Kamal Haasan to which the actor replied back with a sarcastic laugh saying”I can portray only me, I can never portray you. I don’t know how to make a portrait”

Kamal Haasan went on to troll her saying “Does anyone else want to cry here?” Here’s the video :

#Ayesha accuses Kamal Sir of portraying her in a wrong manner 😳@ikamalhaasan Sir laugh says it all.. If Salman was here it would have been different scene., #Aysha you are lucky

Ayesha’s attitude towards Kamal Haasan made many viewers of the show uncomfortable as a result of which they started calling her out. A number users were seen saying that she is the next eviction if she ever comes in nomination and few even wondered the way Ayesha behaved after what happened.

I honestly can’t believe #Ayesha didn’t even apologizeto KH for her rude allegations till end of the episode.. 🙃#BiggBossTamil6 pic.twitter.com/css9fMHhYg

Bro even those who were thrashed weekend after weekend by KH like Vanitha, Mumtaz or even Priyanka never disrespected him like that. Ayesha made a terrible move there. #BiggBossTamil6

#Ayesha – I’ve never seen anyone disrespect #KamalHassan like this ever.. this attitude will be your downfall.. will never support you even if you play well in this season. You are dead to me! #BiggBossTamil #BiggBossTamil6

#Aysha you cannot show attitude to #KamalHaasan𓃵 sir, take criticism constructively..he is the same person who appreciated and praised you last week! You made mistake, accept and move on! 🙄
The way she took blindfold from #Dhana.. 😒#BiggBossTamil #BiggBossTamil6

I like #Ayesha. I used to support her. I voted her whole week. But when she disrespects and showing attitude to greatest legend my Aandavar #KamalHassan sir, i will never ever support her in future. #BiggBossTamil #BiggBossseason6 #BiggBossTamil6 pic.twitter.com/f4EeNJJmQF

#Ayesha accuses Kamal Sir of portraying her in a wrong manner 😳@ikamalhaasan Sir laugh says it all.. If Salman was here it would have been different scene., #Aysha you are lucky

Totally shocked 😳 by #Ayesha. Didn’t expect so much disrespect to #KamalHassan. The way #KamalHassan handeld the situation is 🔝⭐ And then saying to #Ayesha to sit down. Hahaha 😂 legend!#BiggBossTamil https://t.co/KPsBYSMfFM

#Ayesha you got caught red handed maa… Don’t act like you didn’t plan this and don’t disrespect someone just because he pointed out your plan.. Kamal sir saw the episode and then asked you about it! Don’t try to make a fool out of him😂😂😂 #BiggBossTamil #BiggBoss pic.twitter.com/gJ4OgqKahT