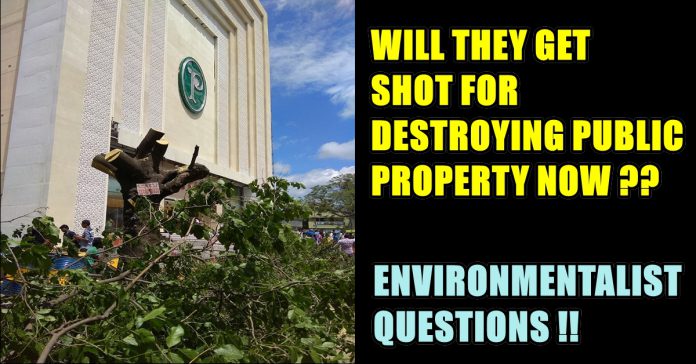 Pothys is a chain of textile showrooms in South India. Originally they exclusively sold sarees, but today all manner of garments are sold. The flagship store in Chennai is called Pothys’ Palace.

A branch of Pothys is located in Salem is seemingly involved in an atrocious act of cutting down trees for the exposure of their store. In a selfie video, Piyush Manush, an environmental activist, captured the video and took it to the social media in order to spread the sinful act done by the money wandering, largely known textile store. 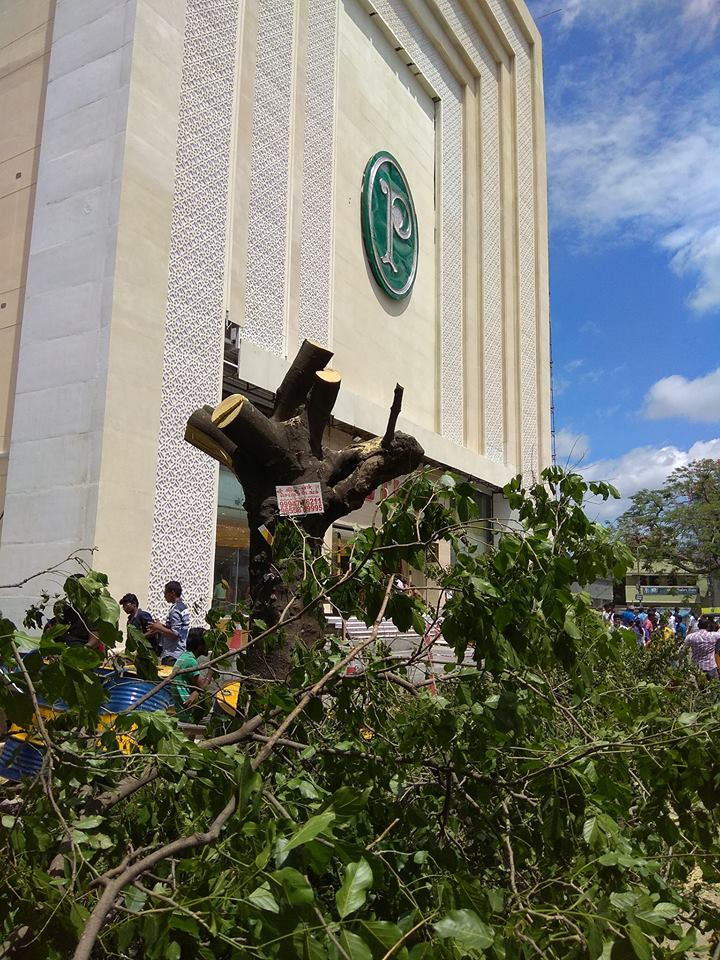 Piyush Manush  is an environmental activist from Tamil nadu, India. Along with few people in 2010, He formed the Salem Citizen’s Forum, a collective of urban citizens that engaged in people welfare activities. The Forum adopted the Mookaneri Lake , a 58-acre located at the foot of the Shevaroy Hills, was conserved from massive pollution. He has also made contributions to revive bodies of water such as Ammapettai Lake, Kundukkal Lake, Ismailkhan Lake, Arisipalayam Pond and Pallappatti well. He also opposed commercial mining in Kanjamalai hills and stood against encroachments and land mafia. He created the “Coop Forest” in 2009, an initiative for forest preservation, on 1.5 acres of hilly land in Dharmapuri. He, along with others, received the CNN-IBN Indian of the year award on behalf people of Chennai in 2015. 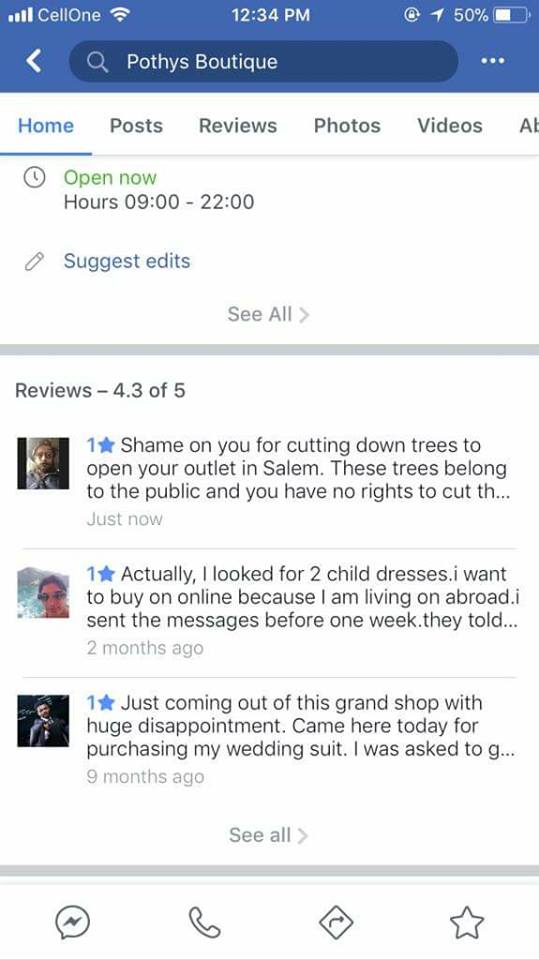 In the video the Piyush seen angry because of the lost trees and he desperately intended to solve the problem. People are killed because of destroying public property in Thoothukudi, now the tree is much more essential public property which is destroyed by the high-profile business men he reports. He also questions the government “will the owner of Pothys get shot now?” 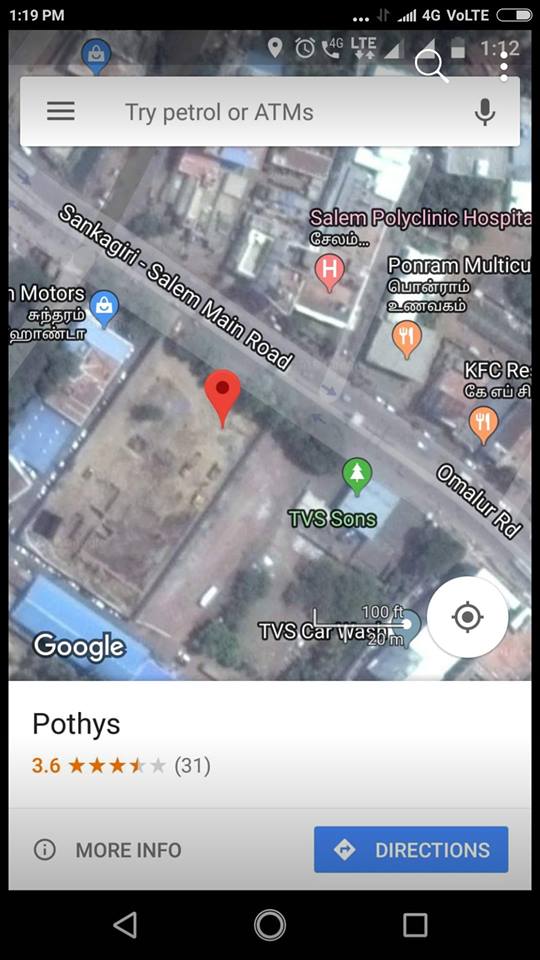 He also plans to prove the existence of trees by using Google map and wants to file case against the owner. He also complained it and got the attention of Government officials who said that they will collect fine for the cut down trees.

By any chance if the Store authorities bribed the Police, they will be punished severely the Man in the video warns. He also planted five trees in place of the cut down trees and he wants everything to go by law.

He also complains that Pothys officils said that they are not aware of any of the trees outside their store. But Piyush does not want anything harmful happen to the plants he planted now. If anything happens there will be no Pothys will exist in the road of Salem he warns.