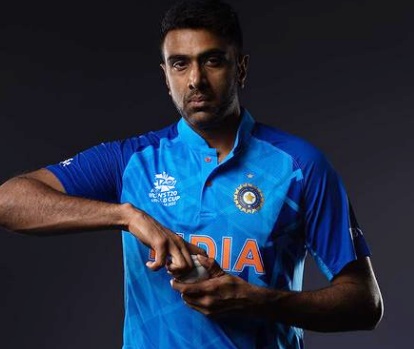 Tamilnadu based Indian cricketer Ravichandran Ashwin’s savage reply to a fan of Rohit Sharma who tried to pull his leg, is trending in the social media platforms. To the fan who asked Ashwin for idly and sambar, the off spinner asked him whether he wants “Vada” too. It is notable that “Vada Pav” is widely used among Indian cricket fans to make fun of Rohit Sharma’s fitness.

On Wednesday, Ravichandran Ashwin came up with a tweet in his official twitter handle, expressing his opinion over the banter that took place between Stephen Fleming, Zaheer Khan and Murali Karthick. The Indian duo reminded Fleming about a 2002 series where former New Zealand cricketer Daniel Vettori didn’t come to bowl a single over and Ashwin termed it as a “quality” banter from the trio.

“Quality banter from Stephen Fleming, @kartikmurali and @ImZaheer. Flem talking about flat wickets when india come for a series to NZ and our boys reminding him about the 2002 series where Dan Vettori dint bowl a single over.👏 😂😂#indvsnz” read the tweet of the West mambalam based bowling all rounder.

Quality banter from Stephen Fleming, @kartikmurali and @ImZaheer . Flem talking about flat wickets when india come for a series to NZ and our boys reminding him about the 2002 series where Dan Vettori dint bowl a single over.👏 😂😂#indvsnz @PrimeVideo

Among the many kind of reactions that surfaced for the tweet uploaded by Ravichandran Ashwin, a fan who decided to make fun of his food habits, commented writing “Anna one plate idli sambar”

The user’s DP contained a picture of current Indian captain Rohit Sharma and he is using the handle name “Hit Man” which is used to mention Rohit Sharma by his fans. Here’s his reply :

Without making much efforts, Ashwin replied back with just one word and trolled back the fan. He asked whether he wants “vada” too and many of the fans implied that he is taking dig at the user’s idol who often gets trolled for his fitness due to the excess consumption of “Vada Pav”.

Here’s the reply of Ravichandran Ashwin :

Check out some of the replies Ashwin’s tweet received :

NEVER EVER MESS WITH ASH ANNA !!!!

Why Rohit fans are offending from this ? In south there is a dish called Vada 😂😂 https://t.co/ysV9PfEwqs

Tamil actress Trisha who is known among the audience for pairing up with Vijay and Ajith, on Friday, came up with a post updating...

Trisha reacted to the enormous number memes that emerged as soon as her short film "Karthick Dial Seidha Enn" released. The 12 minute film...

Muslim women wearing burqa always been a subject to debates and criticisms. Even A.R Rahman's daughter is no exception it seems as she got...

"Sarpatta Parambarai" protagonist Arya and Santhosh Narayan who composed music for the film reacted to the viral "Vaathiyare" memes in a hilarious way. Sana...