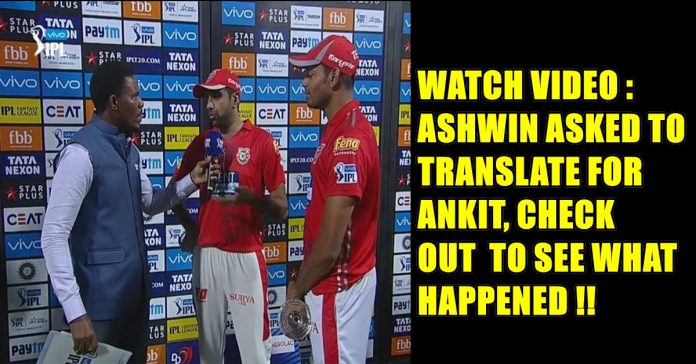 Kings XI Punjab continued their winning run despite missing superstar opener Chris Gayle in the Indian Premier League (IPL) encounter against Delhi Daredevils after snatching a 4-run win in a thrilling encounter at the Feroz Shah Kotla stadium. Defending a total of 143, KXIP bowlers did a brilliant job in restricting DD from overhauling the target, with Aniket Rajpoot being named the Man of the Match for his 2/23 in four overs. While the communication with Kings XI skipper Ravichandran Ashwin and Rajpoot was flawless on the field, the pair did face some trouble during the post-match presentation. 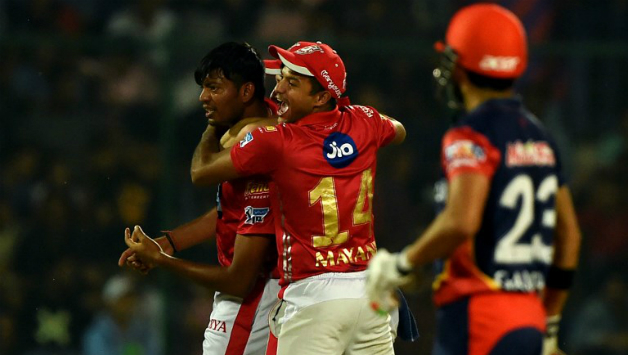 As the customs go in the presentation ceremony, Ashwin was invited on the stage by presenter Pommie Mbangwa as the match-winning captain to have a few words on his side’s victory. After Ashwin was done with his part, Mbangwa requested him to stay before calling up Man of the Match Rajpoot. Ashwin was made to stay for language translation as Rajpoot wasn’t completely comfortable with his English. 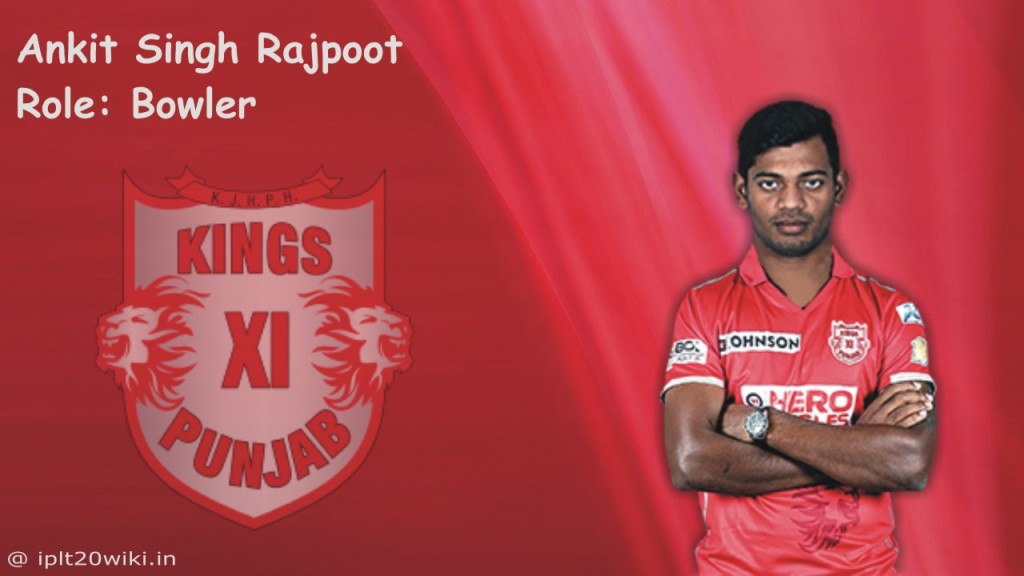 Ashwin, however, wasn’t himself able to grasp exactly Rajpoot was saying on the mic and decided to pitch in with his own interpretation of the phrases that the latter uttered. The resulting translation was hence hilarious. Here’s the video:

Even cricket commentator Harsha Bhogle tweeted that the idea of Ashwin doing the translation became an event in itself. Here’s how fans reacted to Ashwin’s translation:

The idea that Ashwin will translate from Hindi is an event in itself!! 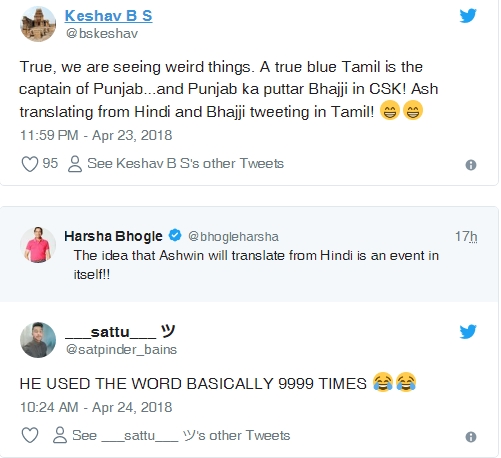 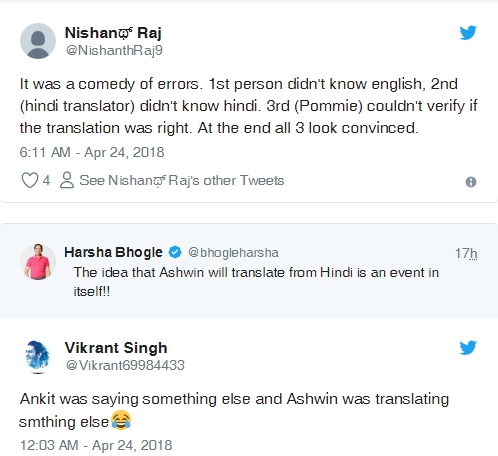