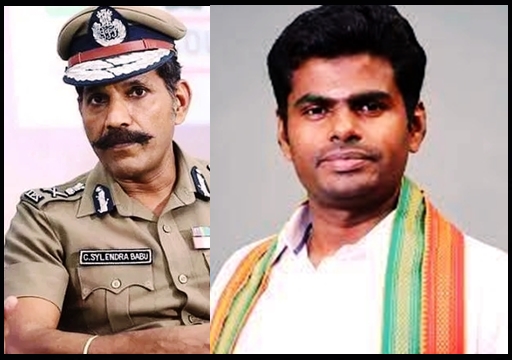 Tamil nadu DGP C Sylendra Babu, in his subtle response to a jibe made by the Tamil nadu BJP leader Annamalai against him, said good habits should not be given up even in the face of criticism. The controversial comment was made by Annamalai while condemning the arrest of youtuber Maridhas.

The BJP leader alleged that DGP Sailendra Babu has lost control over the state’s police force and that it’s being run by the IT wing of DMK party backed by district secretaries. “DGP only as time to cycle around and take selfies”, Annamalai said to criticize the senior police officer.

It is very much known among the Tamil nadu people that DGP Sylendra Babu is a fitness enthusiast. His cycling videos in which he would go for long stretches are pretty much familiar among the social media media users. The messages he provide promoting healthy lifestyle has a separate fan following as well. 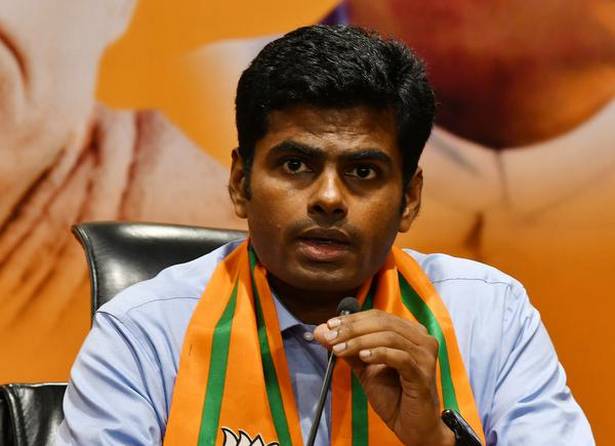 On Sunday, DGP Sylendra Babu shared a video stating that he rode 58 kilometre along with is bicycling team in two hours. He also highlighted the importance of wearing a helmet while cycling. Interestingly, in a way of replying to the comment made by Tamil nadu BJP leader, the DGP wrote “Let people say anything, we can’t give up on good habits. Let us do good, say good. Have a good Sunday.” in his Facebook post.

However, as soon as the message he conveyed was interpreted as his reply to the BJP leader’s comment, the DGP edited the post and changed it as a post that creates awareness about the importance of wearing helmet.

Here’s the screen shot of DGP Sylendra Babu’s old post and the newly edited one : 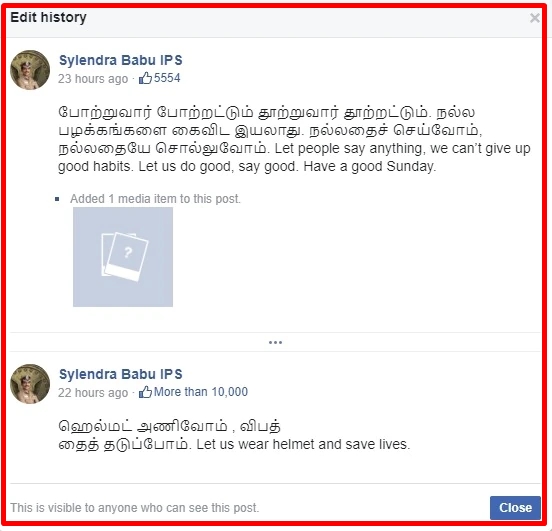 Previous articleYouth Got Murdered After Blackmailing Two 10th Standard Girls With Their Private Videos !!
Next article“Maanaadu” Actor Criticized Simbu For Not Attending The Success Meet !! WATCH

BREAKING :Tamilisai Said That Ajith Fans Joined BJP !! Here’s What Thala Himself Has To say !!