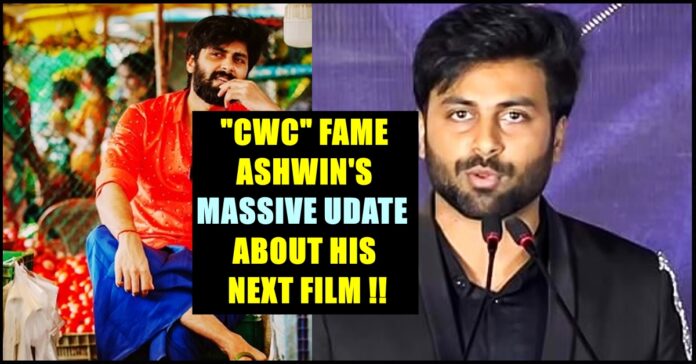 “Cooku with Comali” fame Ashwin kumar came up with a massive update about his upcoming film after “Enna Solla Pogiraai” which is scheduled to release during the beginning of next year. The aspiring actor who already got committed to do a film with ace director Prabhu Solomon, on Friday, came up with a story in his official Instagram account with an hashtag “AK02”. Ashwin added the song “Naanga Vera Maari” from Valimai in the background and said “Be true to you” through his post. The actor also gave a treat to his fans by uploading a selfie of himself in the story.

“Cooku with Comali” fame Ashwin who recently caught into a controversy due to his speech in the audio launch of his debut film “Enna Solla Pogiraai”, is being a subject to online criticism. The comment made by the actor about dozing off while hearing scripts that he doesn’t like, landed him in huge trouble. Netizens made memes and trolls until the aspiring actor released a video apologizing for his speech in the audio launch.

Ashwin Kumar Lakshmikanthan who is popularly known as “CWC” Ashwin is all set to make his debut as hero in Tamil film industry through “Enna Solla Pogiraai”, trailer of which promises a triangular love story. In the audio launch event of the film, Ashwin, after seeing his fans, got excited and made a speech out of excitement.

Though Ashwin kept a full stop to the controversy through an apology, negative reports about himself such as failing to meet a filmmaker after making an appointment with him kept surfacing against him. Memes, trolls and youtube comments trolling the actor are also flooding the Internet. However, now, Ashwin came up with a good news to his fans and followers. 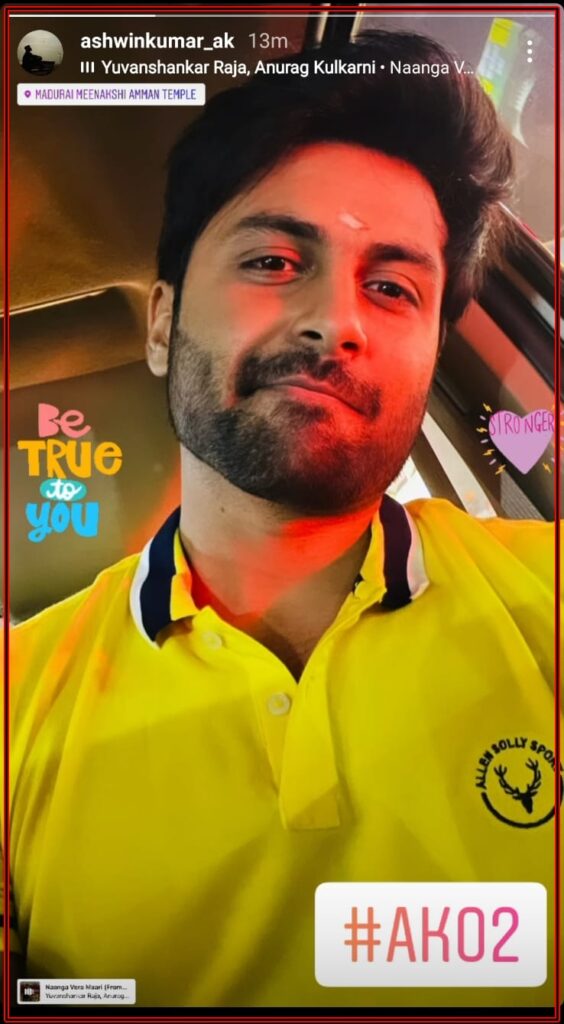 Using the hashtag “AK02”, Ashwin indirectly updated about his next film after “Enna Solla Pogiraai” after visiting Madurai Meenakshi Amman Temple. The actor could be seen smiling in the selfie he uploaded and added captions such as “Be true to you” and “Stronger than my doubts”

Check out his story below :

Previous articleDhanush Got Trolled For Naming Oscar Winning “Parasite” As An “Over-rated” Film !!
Next article“Born With Privilege” – Netizens Slammed Shruti Haasan For Creating Awareness About Wearing A Mask

It has been widely believed that Surya's upcoming film "Ponmagal Vanthaal" is going to get a direct release in online platform. As soon as...