The road to the knockout stage for Pakistan is just an improbable mathematical calculation and that too provided Pakistan win the toss and bat against Bangladesh. Here are some of the possibilities for Pakistan to get into the semifinals who are currently scored 197 runs in 35 overs.

1.Pakistan need to beat Bangladesh by 311 runs after scoring 350

2.Pakistan need to beat Bangladesh by 316 runs after scoring 400

3. Pakistan need to beat Bangladesh by by 321 runs after scoring 450

4. If Bangladesh opt to bat, Pakistan’s hopes will be over even before the first ball is bowled at the Lord’s.

On seeing possibility fans in social media started to make extreme fun of the team. Not only fans, even Indian cricketer and one of the IPL team’s captain, Ravichandran Ashwin also suggested Pakistan an idea to enter the semifinals. 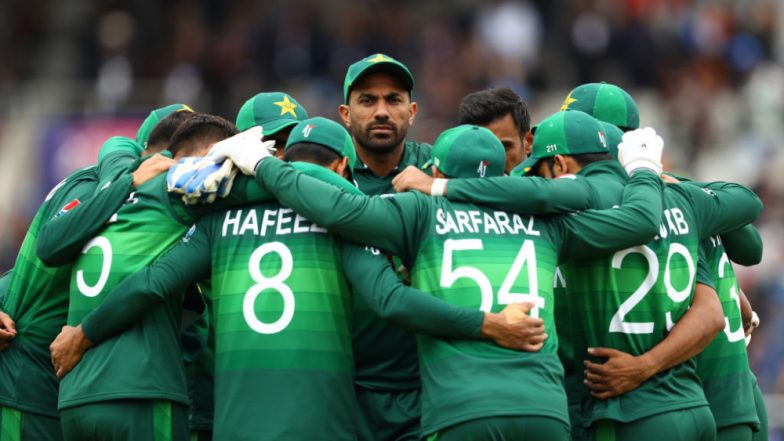 The cricketer initially posted a tweet amusing the possibility of Pakistan’s team. In his tweet he asked his followers “Pakistan to have to win this game by a margin of 311 runs in order to qualify?? 😱 #ICCCricketWorldCup #PakvsBan”

Pakistan to have to win this game by a margin of 311 runs in order to qualify?? 😱 #ICCCricketWorldCup #PakvsBan

The off spinner received many reactions for his tweet from his followers. One of them reminded the cricketer about his controversial “Mankad” incident that took place during the IPL tournament. Ashwin who captains Kings 11 Punjab got England’s Jost Butler’s wicket through “Mankad”. Being one of the rarest dismissals, the incident created massive outrage in cricketing fraternity at that time.

Coming back to the tweet of Ashwin, follower wrote “Even Doing Mankading wont help Pakistan.”

Ashwin who is known for his witty replies to his followers in twitter, took this comment sportively and gave a reply in a way of suggesting Pakistan an idea to enter into the semi finals. In his reply the Tamilnadu cricketer wrote “Yes make about 350 and 10 runs outs at the bowlers end😂🤩” This reply loved by many Twitter users who appreciated the cricketer for his spirit. “It was pretty instinctive. “I actually didn’t load and he (Buttler) left the crease. That’s always been my take on it because it’s my half of the crease. I was not even at the crease, he wasn’t even looking at me and he just left the place,” Ashwin said on the day of the incident happened.

What do you think on these replies from the cricketer ?? Comment your views below !!