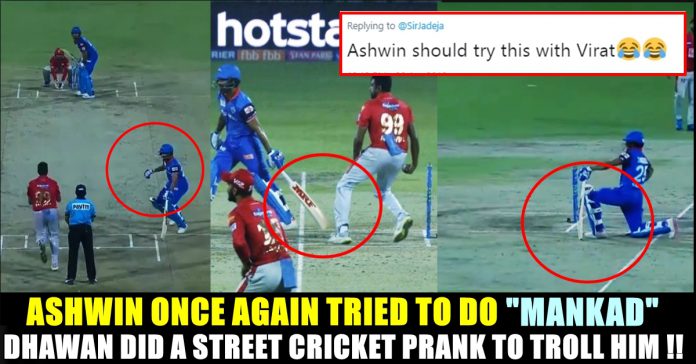 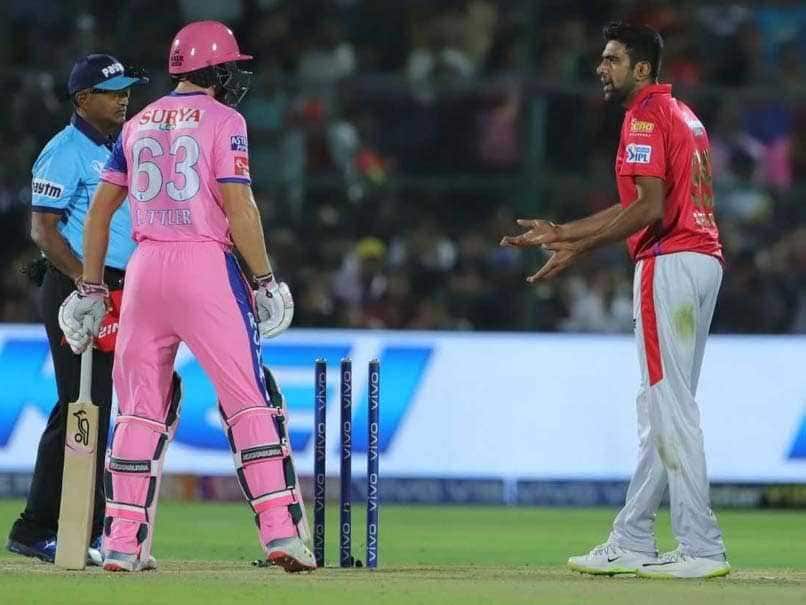 Yesterday Ashwin tried to Mankad Shikhar Dhawan during Delhi Capitals’ run-chase against Kings XI Punjab at the Feroz Shah Kotla on Saturday. In a funny turn of events, Dhawan responded by dancing at the non-striker’s end.

On Saturday, R Ashwin tried to Mankad Dhawan who was leading the charge for Delhi Capitals in their chase of 162.

But luckily for Dhawan, he had stepped back inside the crease in time. When Ashwin came back to bowl again Shikhar Dhawan decided to have some fun in his own way as he sat down on his knees and tried to taunt Ashwin with his dance moves. The left hander then started shaking with his bat rooted inside the crease to further taunt his Indian teammate as Ashwin came in to bowl the next delivery.

This instigated many of the Internet users to write funny tweets and creative trolls against the off spinner. Check out some of them here :

Brilliant reply from gabbar. Loved it! 😂😂💯

Ashwin is pushing this while Mankad thing a little too far. Is he trying to teach the batsmen a lesson or something? #DCvsKXIP #VIVOIPL2019

Ashwin should try this with Virat😂😂

Delhi Daredevils have won the match in the last over with two balls spare. Half centuries from Dhawan and Captain Shreyas Iyer helped the team to jump onto the third spot of the points table.

What do you think on this attempt of Ashwin ?? Comment your views below !!