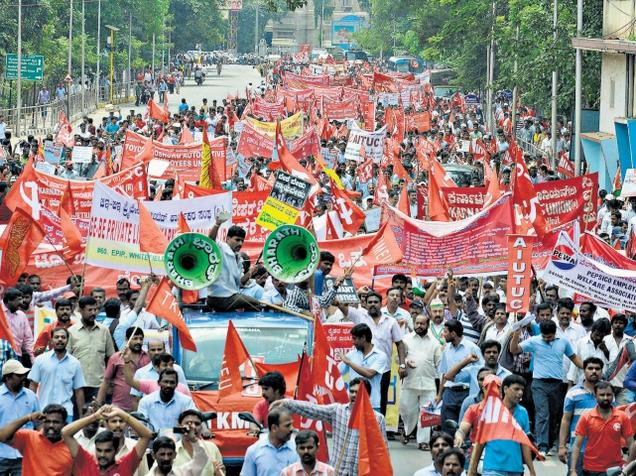 Holidays are declared for all schools and college for two days i.e. 25th and 26th of July 2016, in order to avoid inconveniences to students who largely depend on public transport. The Department of Public Instruction has announced that local Deputy Commissioners of respective districts were authorised to give two-days holiday, based on the situation. Bengaluru district Commissioner V. Shankar has declared holiday for schools and colleges in Bengaluru. As a result, some of the exams of Bangalore University which was held on the above mentioned dates are also postponed.
This news came out after the meeting of Chief Minister of Karnataka, Shri Siddaramaiah, Transport Minister Shri Ramalinga Reddy and KSRTC officials. However holiday does not imply for government offices. Other private transports will function asusual. Autos and cabs can be alternatively used to reach respective places. Private buses facility is available only in rural Bengaluru region. Government has also taken care of alternative modes of transportation. Transport Minister has assured that there are 80 thousand cabs and transportation would not be a problem.

BUSES HALTED DUE TO STRIKE IN BENGALURU

KSRTC employees had been appealing for 30% hike in their salary from past one week. Their payment had not revived since 2012.  This strike has been called for, as the terms between employees and government did not go hand in hand where government is not willing to hike more than 10%. But the employees have considered this hike as not significant and hence they have refused to agree upon. As all their negotiations failed, KSRTC and BMTC have decided to take this strike till adjourned sine die.
Images : Public TV