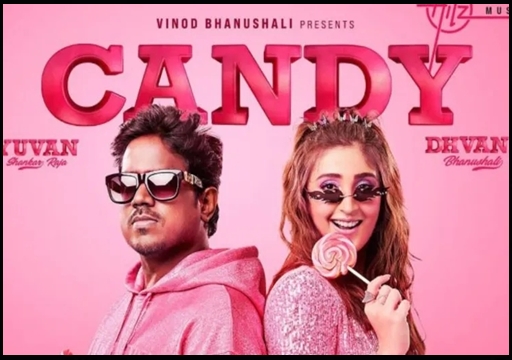 An Instagram post uploaded by an individual named Vigneshwar who identifies himself as an art director is being shared widely in social media platforms. In the post Vigneshwar said that he worked as an art director for a video song titled “Candy” produced by Yuvan Shankar Raja but failed to give him the due credits. Vignesh said that the makers of “Candy” gave credits to Yuvan’s wife for Zafroon Nisa and her brother as Art director and named him as “associate art director”.

“HELLO, I AM VIKNESHWAR, SOMEONE YOU ALL KNOW AS AN ART DIRECTOR AND WHOM SOME OF YOU KNOW AS A CINEMATOGRAPHER ADMITTEDLY. 1AM NOT ONE TO MAKE POSTS LIKE THESE, BUT THIS ONE WELL. I HAVE A SPECIFIC REASON RECENTLY, I’VE WORKED ON A MUSIC VIDEO NAMED “CANDY. PRODUCED BY HITZ MUSIC &U1 RECORDS, AS AN ART DIRECTOR” said Vignesh said in his post.

“ZAFROON, THE PRODUCTION DESIGNER FOR THE SONG ALREADY HAD A VISUAL IDEA AND COLOUR SCHEME AND THEY HAD HIRED ME TO EXECUTE THE PROJECT AND VISION. THE VIDEO CONTAINS 4 SETUPS, ALL OF WHICH I DID THE SKETCH WORK AND GROUND PLAN EXECUTION FOR.HOWEVER, UPON THE SONG’S RELEASE YESTERDAY, ON 3/3/22” he further said.

“THEY HAVEN’T ACTUALLY GIVEN ME THE CREDITS FOR THIS SONG, AND MY NAME DOESN’T APPEAR IN THE END CREDITS, NEITHER FOR PRODUCTION DESIGN, OR FOR ART DIRECTION INSTEAD THEY HAVE PUT MY NAME AS AN ASSOCIATE ART DIRECTOR IN THE DESCRIPTION WHEN ALL THE WORK I HAVE DONE IS OF AN ART DIRECTOR APART FROM THIS, THEY HAVE ADDED ZAFROON NIZAR AND AHMED NIZAR (HER BROTHER), IN THE DESIGNATION WHICH THE WORK I PUT IN DESERVED” Vigneshwar’s post read. 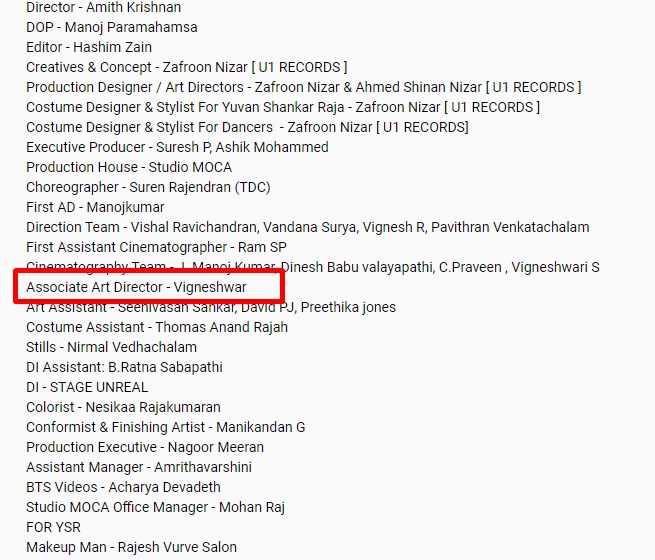 “THIS IS FAIR WORK THATI HAVE ENGAGED IN, AND WHAT I’M ASKING FOR OR HAVE EXPECTED ISN’T SOMETHING OUT OF THE NORM. RATHER, THISI S THE INDUSTRY STANDARD, A MINIMUM COURTESY AND RESPECT GIVEN TO ALL TECHNICIANS AND ARTISTS, AND DESPITE MY REPEATED ATTEMPTS TO EVEN CONTACT THEM. THEY HAVEN’T EVEN PICKED UP A CALL, LET ALONE FIX IT. I DONT THINK THIS IS RIGHT. I WANTED TO PUT THIS MESSAGE OUT SO THAT EVERYONE IN MY FIELD KNOWS ABOUT THIS, AND IN THE HOPE” he said.

“THAT NO ONE GETS AFFECTED WITH A SIMILAR UNFAIR TREATMENT LIKE WHAT I HAVE RECEIVED. GIVE RESPECT WHERE IT’S DUE” Vignesh added in his post.

Watch the song video below :

Previous articleVideo Of Rohit Convincing Kohli To Give Him The “Guard Of Honour” Wins Internet!!
Next articleFans Slammed Dravid & Rohit For Declaring Before Jadeja’s Double Century !! Rockstar Replied

JUST IN : First Tamil Heroine To Raise Voice For Srimathi !!

Actress Priya Bhavani Shankar who is known for acting in films such as "Mafia", "Meyadha Maan", "Kadaikutty Singam" became the first Tamil heroine to...

As a result of a petition moved by Rudra Vanniyar Senna Organisation, a Chennai court ordered police to file FIR against actor Suriya and...