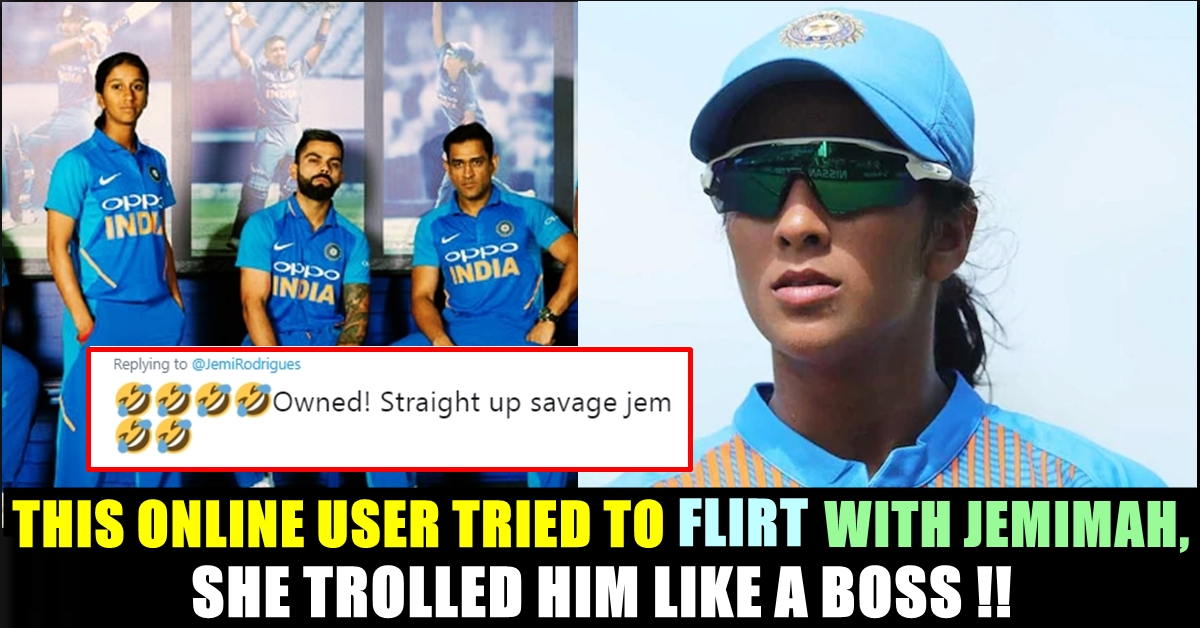 India women team’s star Jemimah Rodrigues is popular for her fearless approach to batting. Rodrigues has been performing well for Indian women’s team since she was first drafted in the side in February last year for the tour to South Africa. Rodrigues also performed very well during the 2019 Women’s T20 Challenge and she was largely instrumental in helping her team Supernovas lift the title.

But it seems that the youngster from Mumbai can not only hit big shots on the field but is also good enough when it comes to giving replies on Twitter. Rodrigues earn the plaudits of netizens with her witty reply to the advances of a Twitter user. 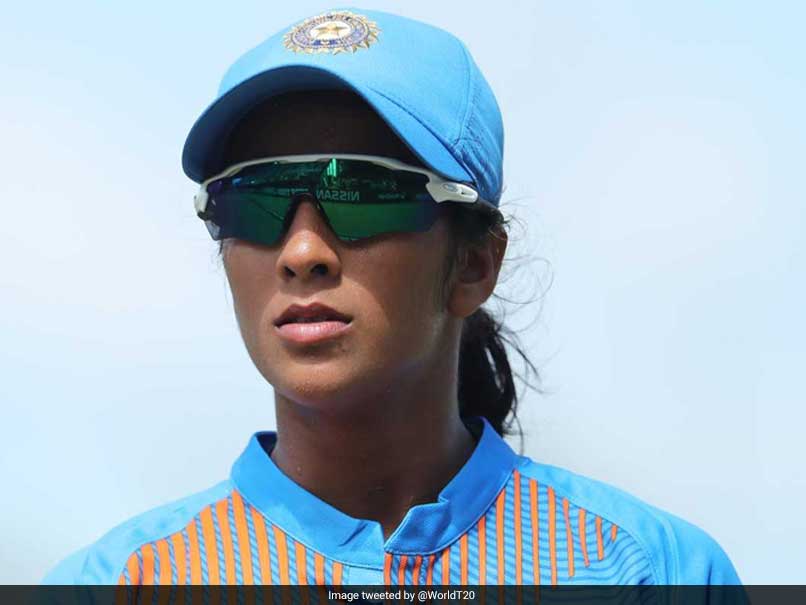 Jemimah had earned the call after a sensational season with the Mumbai Under-19 team in 2017-18, where she amassed 1013 runs with five hundreds and a double ton. As the year passed by, she grew from strength to strength. Jemimah starred with the bat during the World T20 last year, helping India make it to the semi-final. She also finished 2018 as the No. 6 player in the ICC T20I rankings.

All the training, sweat and hard work can’t compare to the Honour and Pride in wearing our National Colours. A Bold new Jersey. A Bolder Team India. #bleedblue #teamindia

Jemimah scored a magnificent 77 runs not out off 48 balls against Velocity in the finale. The youngster’s knock was praised by everyone. A boy took to his twitter account and asked if she was seeing anyone or not.

After the match on Thursday, a random fan in twitter who most probably watching her perform since long ago tagged her and tried to flirt with her. He wrote “I like jemimah . Very cute. Are you seeing anyone ?”

I like jemimah . Very cute. Are you seeing anyone ? @JemiRodrigues

Jemimah who saw this tweet gave him a fitting reply immediately. Not at all impressed by the tweet, “After this match? I’m definitely seeing a bright future for Women’s Cricket!”

This witty reply received many applauds from her followers. They very well enjoyed it and expressed it in the reply section :

Savage jemi NYC one ya

You just got schooled son😎

okkk officially fan of her 🤓🤓

okkk officially fan of her 🤓🤓

And that’s out of the park 🏏

That must have hurt! He’ll probably stop being witty😂😂

What do you think on her savage reply ? Comment your views below !!

“They Copied My Film’s Story & Casted Me In The Same ” Parthiban Attacks Vishal ?? Check Out !!
Shane Watson Shed Blood For CSK In Yesterday’s Match !! Bhajji Reveals !!