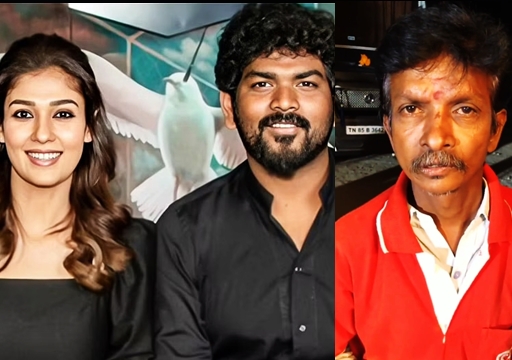 A video of emerging filmmaker Vignesh Shivan confronting youTube fame Bijli Ramesh over his habit of drinking alcohol is going viral in the social media platforms. The video was uploaded by Vignesh himself as his story in his official Instagram handle through which he is enjoying 2 million plus followers. The video which was seemingly recorded by Vignesh to make fun of Bijili, garnered the attention of netizens.

Debuted to Tamil film industry through Simbu’s “Podaa Podee”, the filmmaker developed a romantic relationship with actress Nayanthara during the making of his second film “Naanum Rowdy Dhaan”. After the success of Naanum Rowdy Dhaan, Vignesh Shivan directed actor Suriya in “Thaana Serntha Kootam”. He also started a production house with Nayanthara and named it as “Rowdy Pictures” with which he and Nayanthara produced “Nettri Kann” by having the latter in the lead role. Some other films such as “Rocky”, “Koozhangal” were also bagged by the production house for distribution.

“Oor kuruvi”, “Walkie Talkie Strawberry Ice cream”, ” Connect ” are some of the other films which are being made under the production house. Being a fun loving person, Wikki is pretty much active in the photo/video posting social media application Instagram. He has been sharing about his movie updates, memes, life quotes, pictures of his personal trips through his Instagran space. 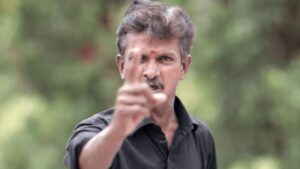 Most recently, the filmmaker came up with a video which showed himself conversing with “Bijili” Ramesh who gained fame through a YouTube prank show. Using his popularity, Ramesh went on to act in films as supporting/junior artist. He also took part in the most famous cookery show “Cooku with Comali” of Vijay Television as a participant.

In the video shared by Vignesh Shivan, Bijili was seen standing in a place which looks like a film set. “Saraku adchingla adikalaya?” Wikki asks Bijili to which the latter nods “no”. “Tell me the truth. You came here for a job. Isn’t it wrong to get drunk here?” the filmmaker continued asking.

Bijili could be seen promising to Vignesh that he didn’t drink alcohol. Further, the filmmaker goes on to make the comedy actor to tell “ABCD”  and makes fun of the situation.

On the work front Wikki is all set to direct Ajith kumar in his 62nd film which is going on floors later this year. With Lyca bankrolling the project, Aniruth has been committed as music director. Meanwhile, his “Kaathu Vaakula Rendu Kaadhal” starring Vijay Sethupathi, Nayanthara and Samantha is going to hit the screens from 28th of April.

Pooja Ramachandran is a South Indian film actress, VJ and model. After her studies, she participated in beauty pageants, winning the 'Miss Coimbatore 2004' title...