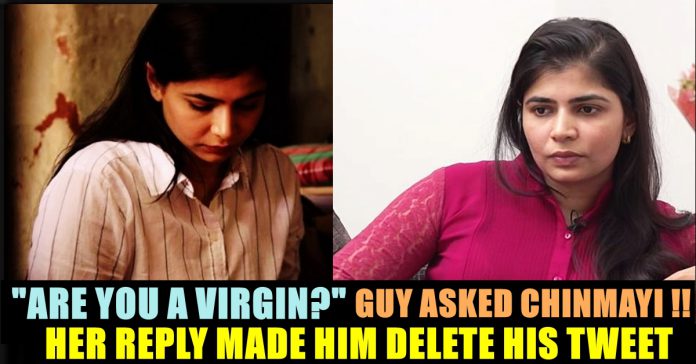 “Are You A Virgin, Aunty” – Online User Tried To Troll Chinmayi & Deleted The Tweet After Her Reply !!

Chinmayi doesn’t need to enter Bigg Boss to grab headlines everyday. The replies she has been giving to her haters in online platforms are more than enough. She replied to many of haters including the one who asked her nude pictures. The #MeToo representative trolled him back hilariously by sending him the pictures of lude lipsticks.

In this Internet era, not only the number of people who use social media for ordinary purpose increased but also number the people who abuse girls online increased in a equal number. One might look at the internet in private, but anything they share can quickly become very public. Singer Chinmayi is very much known for exposing those guys. Her recent reply to a guy made him delete his tweet and run away. 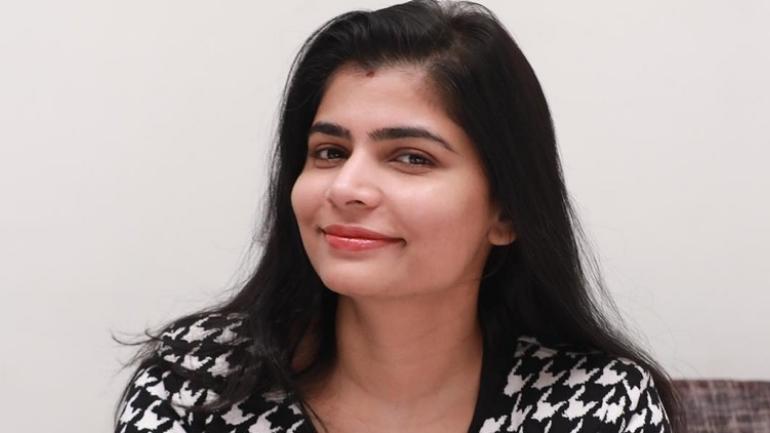 The user asked whether she is virgin or not and he also added “aunty” in his tweet in order to troll the singer. In his tweet was seen him saying “are u virgin aunty”

To this tweet Chinmayi gave him a immediate replying by saying that she is married which made her followers laugh their heart out. Check out her reply here :

Uncle. I am married. https://t.co/EXouBKmran

However the user now deleted his tweet which was predicted by one of her followers earlier. Check out some of their reactions here :

Haha this man is going to delete his tweet in few minutes for sure.. 😂😂😂😂

@guhan_vel you should be ashamed of your misogyny and perverted mind. @Chinmayi you shouldnt give such people oxygen by responding to them

Ms Chinmayi, don’t get involved with tweeting replies to the scum. You are a genius in your field. More songs, pls. Do you think it is a right thing to reply to those people ?? Comment your views below !!

Days ago, a video of director Maari Selvaraj admitting that he was an ardent fan of actor Vijay prior directing went viral in social...