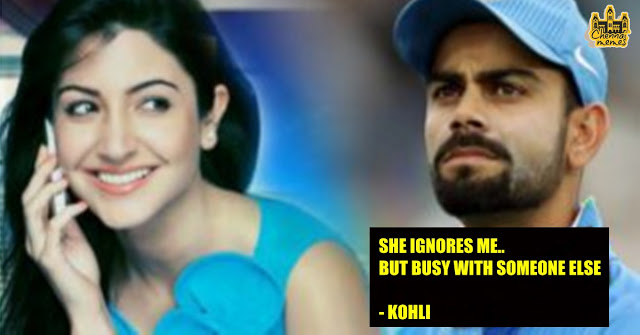 The love story between Anushka Sharma, the hot actress of Bollywood and Virat Kohli, the famous cricketer had been in news since a long. Rumors and discussions about them continued even post their breakup.
Since a long time now, the breakup news of Virat and Anushka have been in headlines. Even though the couple had declared that they wouldn’t be coming together again, recently there was news about their patch-up. They were seen on a dinner date together. After dinner date with Anushka, Virat had even worn a tee in which there was a quote ‘We were on a break’ that explains everything

Anushka is continuously in touch with Virat’s mom over phone

Now there is news that when Anushka and Virat weren’t speaking to each other, she used to call up Virat’s mom and chat with her for hours. It is said that she was quite concerned about the health of Virat’s mom. Whenever Anushka used to get a chance, she would definitely call up and speak with her. This news has been revealed by people working with Anushka on Sultan set. We all have seen how hard Anushka is working for her new movie Sultan but she is still managing time from her busy schedule just to ensure Virat’s mom health is fine.

Moreover, there is also news that during the breakup period, both Anushka’s and Virat’s families would chat with each other too much! That’s why even after so many breakup rumors, Virat & Anushka are still together.