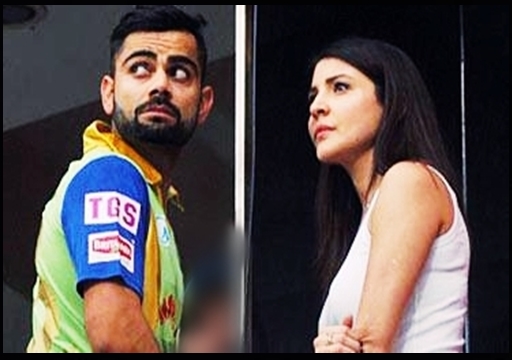 Actress Anushka Sharma came up with a story in her official Instagram handle, requesting fans, public and media not to reveal the picture of her daughter Vamika as she, along with her husband Kohli, eyeing for a normal childhood for her. Starting her post with a gratitude to Indian media for not publishing the picture of Vamika till today, Anushka expressed her wish of raising Vamika away from media and social media. The couple gave birth to Vamika on 21st of January 2021.

Indian cricket team’s captain Virat Kohli and Anushka Sharma married on 11 December 2017 in a private ceremony in Florence, Italy after four years of dating. Before welcoming Vamika in the year 2021, the couple was pretty keen about keeping the identity of their child hidden.

While being pregnant, Anushka Sharma, while speaking to Vogue, said “We have thought about it a lot. We definitely do not want to raise a child in the public eye. We don’t plan on engaging our child in social media. I think it’s a decision your child should be able to take. No kid should be made more special tan the other. It’s hard enough for adults to deal with it. It’s going to be difficult but we intend to follow through”

Ever since making such a statement, the father and duo gave their best not to reveal the identity of their child. Now, as Vamika is nearing her first birthday, Anushka Sharma came up with a detailed story requesting media not to reveal the picture of their baby. She also thanked them for providing the privacy so far.

“We are deeply thankful to the Indian paparazzi and most of the media fraternity for not publishing pictures/videos of Vamika. As parents, our request to the few who carried the images/video will be to support us going forward. We seek privacy for our child and would like to do our best to give her a chance to live her life freely away from media and social media” the actress said through her Instagram story. 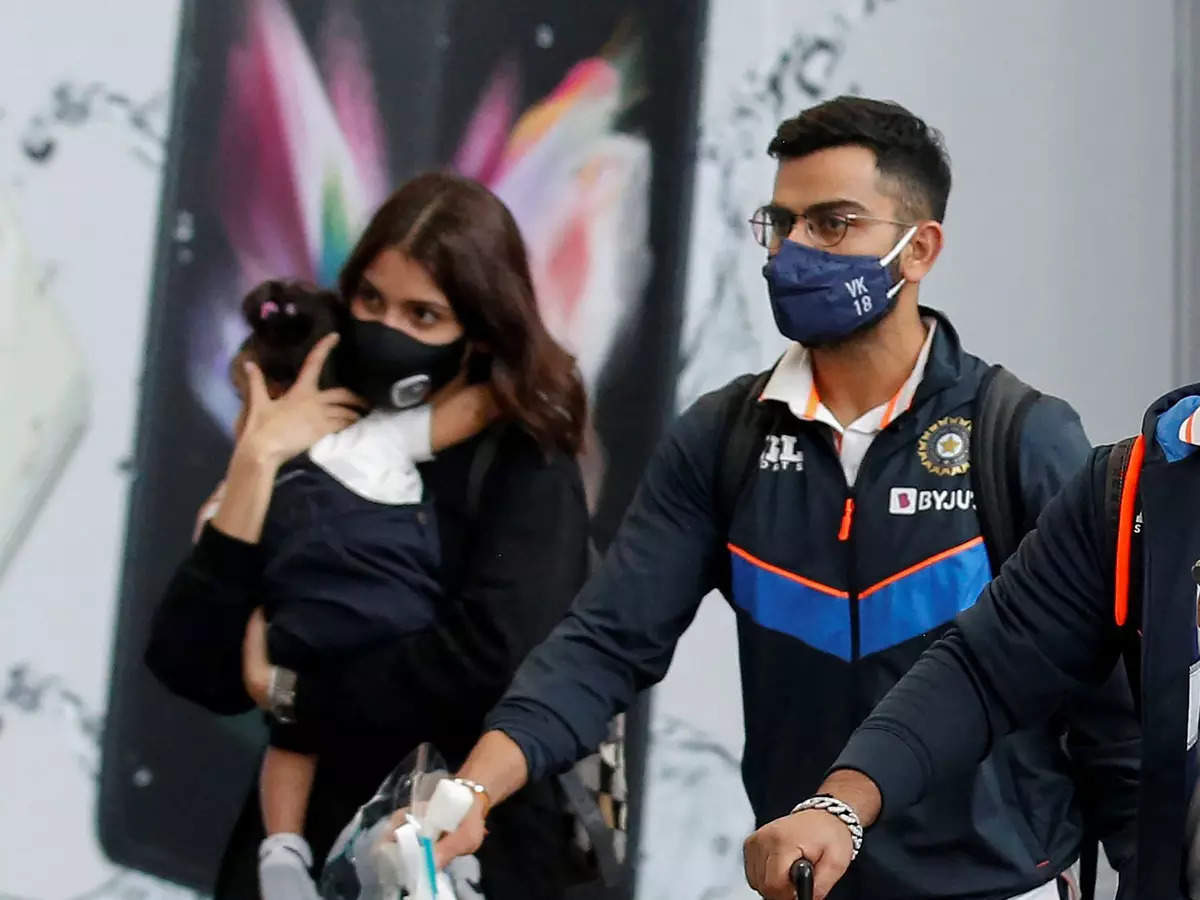 “As she is older we cannot restrict her movement and hence your support is needed so kindly practice restraint in the matter. A special thank you to fan clubs and people of the internet for going out of your way to not Post images. If was kind and highly mature of you” she added. 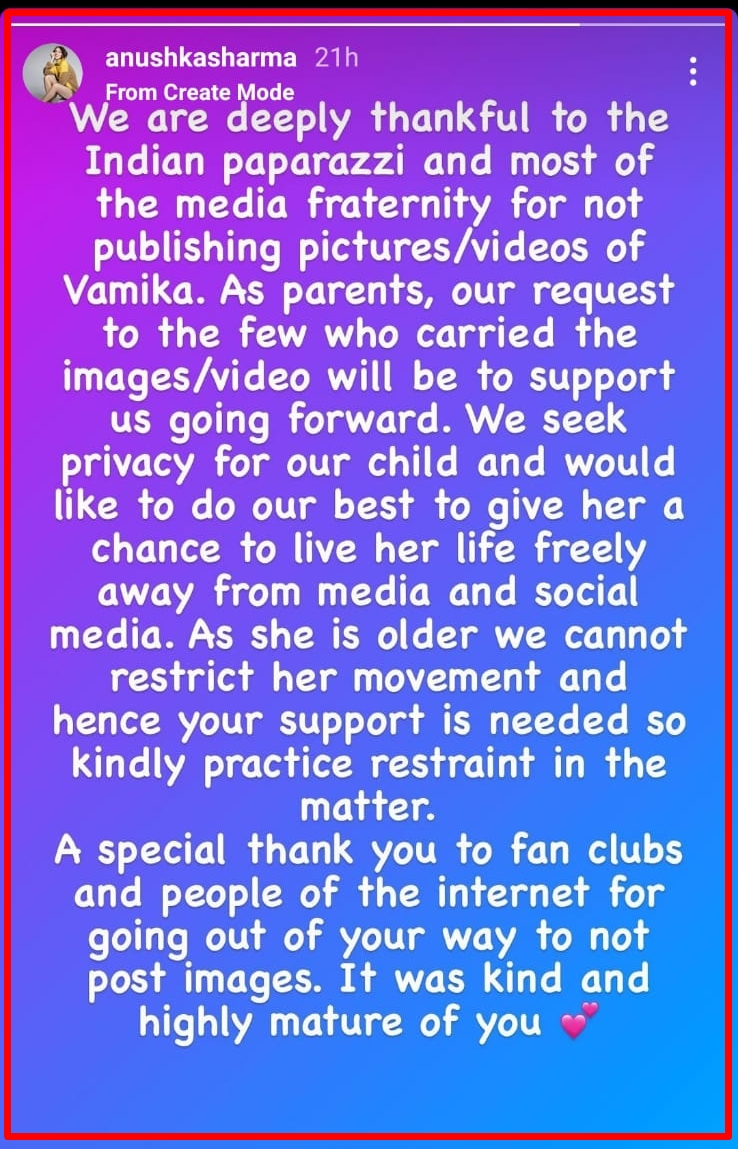 Previous articleSamantha Reacts To A Negative Comment That Was Made On Her Divorce !!
Next articleYouth Got Murdered After Blackmailing Two 10th Standard Girls With Their Private Videos !!