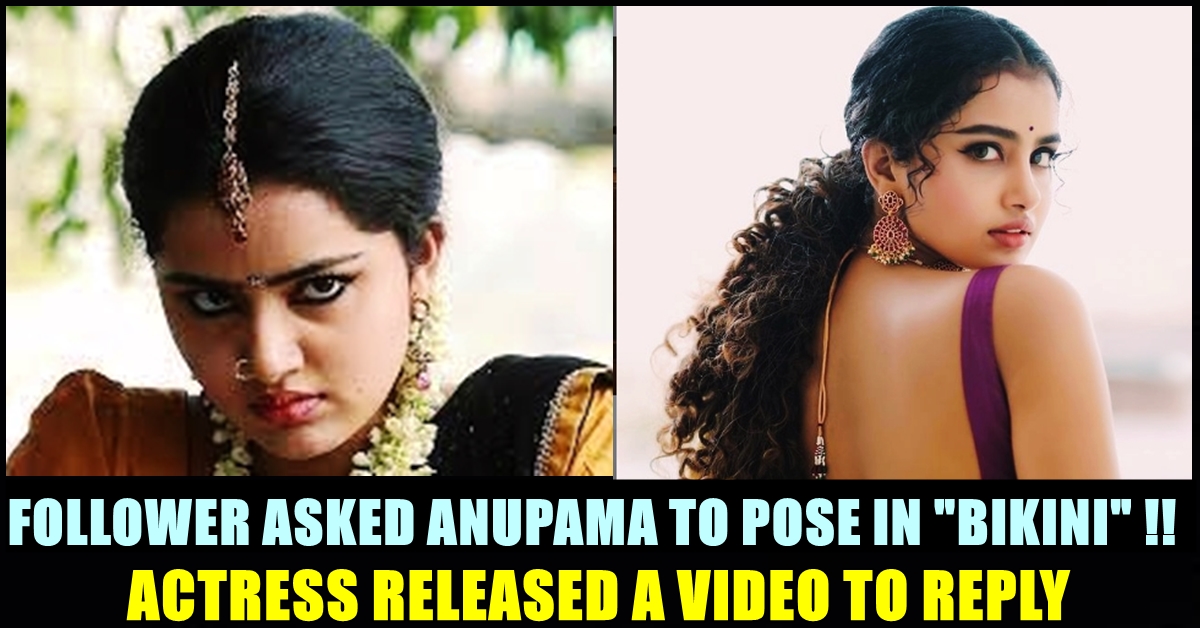 South Indian actress Anupama Parameshwaran replied to one of her Instagram followers who wanted her to pose for a picture in “Bikini”. She who seems to have got upset, sarcastically said that she will send one to him definitely and also asked him whether a big sized frame is enough. The video is being circulated in social media platforms with various kind of reactions from fans.

In a short span of time Anupama won many hearts of the South Indian cinema audience. With very few films she gained so many fan pages in social media which was being maintained by her fans. The actress is also keeping her fans engaged by uploading her adorable pictures in her official Instagram account where she enjoys 8 million plus fans.

Most recently, the actress conducted a question and answer session with her fans and answered to many of their questions based on various topics. One of a follower had the courage to ask the actress to pose in “Bikini” suite.

Replying to him, the actress said “Ya Ya Ya. . I’m sending it to you. Just send me your address no. Ya, I’ll send it to you. A big framed one is fine?” she sarcastically asked the fan who misspelt “pic” as “pick”

Earlier, on seeing one of her posts, a fan asked the actress not to post photos by wearing revealing clothes and said that he liked her in “Kodi” movie.

Replying to his comment, Anupama apologized to him on the first place for not being like a girl in Kodi or Premam. Further the actress asked him and the others who posted mean comments on her post to let her live her life.

On the work front, Anupama is all set to appear in “Thalli Pogathey” along with Atharvaa. She also did a direct netflix Malayalam film named as Maniyaraiyile Ashokan in which she worked as an assistant director. Comment your views on these replies of Anupama !!