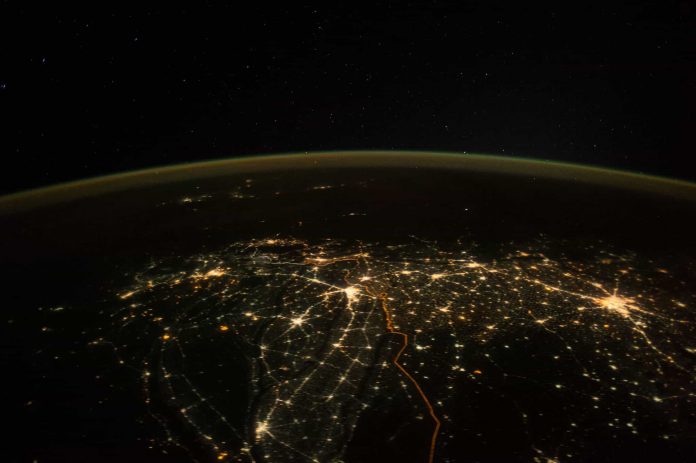 Another Fake Image Of India On The Day Of Diwali

There’s one fact to consider; your Diwali lights just can’t be seen from space. The illumination you see on the photo is actually India’s cities, where so many lit up homes are clustered close together so you can spot them. And this isn’t even the first time social media has fallen prey to an “India on Diwali” image supposedly taken from space.

This Diwali, Indians, on Twitter were excited to see European Space Agency astronaut Paolo Nespoli post an image of our country, as viewed from space. With a caption wishing everyone happy Diwali, it was easy for viewers to assume the view of India’s lights from space was because of our celebrations on the festival of lights.

Much to the dismay of a lot of people, that’s not actually a picture of India as it’s lit up on Diwali. Then again, it’s not really fake either. While the photo was indeed taken by Nespoli and posted to Twitter on October 19, but it’s actually a much older photo. As a few Twitter users pointed out, the image is part of Nespoli’s Flickr album, as he catalogs his shots on board the International Space Station during the VITA mission. If you check both the caption and the EXIF data available there, it shows the photo was actually taken on September 29, almost a month prior to it appearing on Twitter.

Previous articleThis Brother’s Gift To His Sister For Deepawali Will Leave You Amazed
Next articleTop 10 Places To Eat The Best Biriyani In Chennai.. Strictly For Biriyani Lovers !