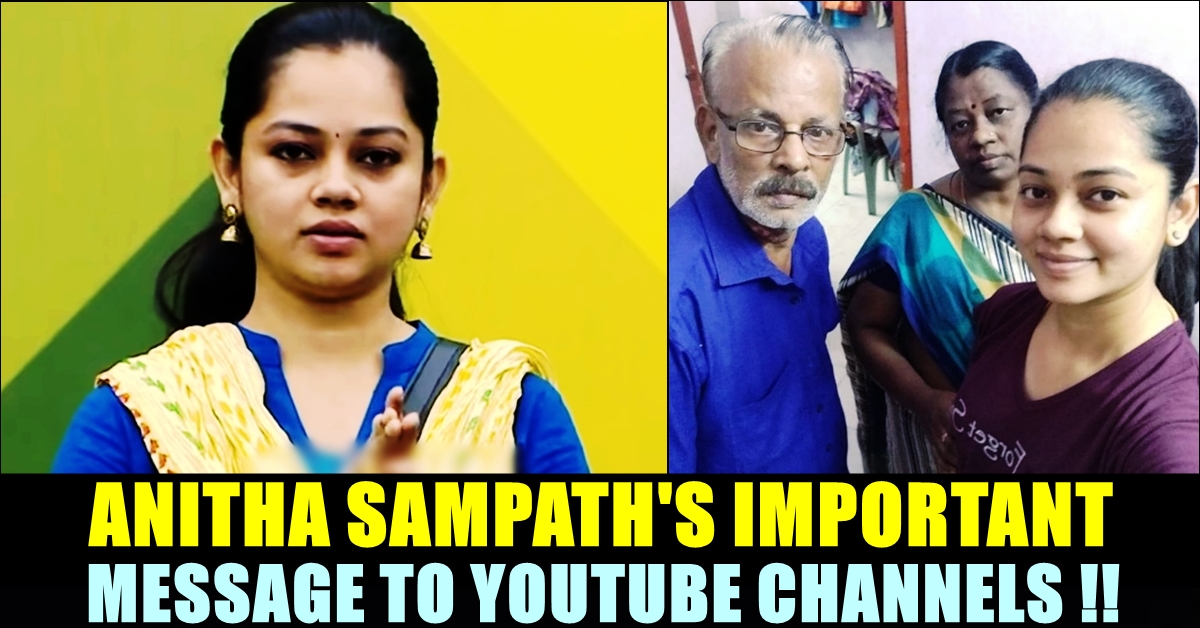 After her father’s demise, Anitha sampath came up with an emotional post in her official Instagram account, regretting about missing the opportunity of saving her father by being with him. Sharing a picture of herself with her father, Anitha said that it was the last picture she took with her father. “It was captured while I was going to get quarantined for the Bigg Boss show” she said.

“My father is like my soul. I was planning to go several tours with him. You shouldn’t have gone before me daddy. If you have waited one day, I would have accompanied you. You would have lived with me at least for 10 more years” Anitha wrote in her post.

The former news reader worried for not being able to save her father. “I will feel guilty throughout my life.” Anitha’s post read. She further sent a message to the Tamil youtube channels. “I am expressing this to my followers. Please don’t make a video with a wrong title with this for your revenue. Understand my pain..iam deeply hurt..and pls know that my family will see those comments someday..” Anitha’s post read.

Anitha Sampath’s father R.C Sampath passed away in the wee hours of Tuesday. He was 62 years old and the former news reader shared about it in her official Instagram account. Anitha got evicted from the Bigg Boss house on Saturday and uploaded a series of emotional stories in Instagram saying that her father had acute ulcer and died due to age factor. She said that her father couldn’t eat for the past couple of days and made it clear that he didn’t die due to heart attack.

“I could have spent more time with my father by getting eliminated earlier if I came to know about this before. Opportunity to get part in a Vijay TV show could come again but my father won’t. If I got saved this week, I couldn’t have met my father. Life is so unpredictable.. Everything happens for a reason.. Please take care of your parents..i missed him.. feeling guilty..” said Anitha in an Instagram story of her.

Followers of the Bigg Boss contestant are consoling her through their comments. One of a follower said that Anitha’s father will get a rebirth soon as her own son. Let us pray for the soul of Anitha Sampath’s father to rest in peace !!

JUST IN : Vijay To Become Director For The First Time !!
“Rio’s Wife Is Such A Positive Cute Kid” – Popular Actress !!
Advertisement