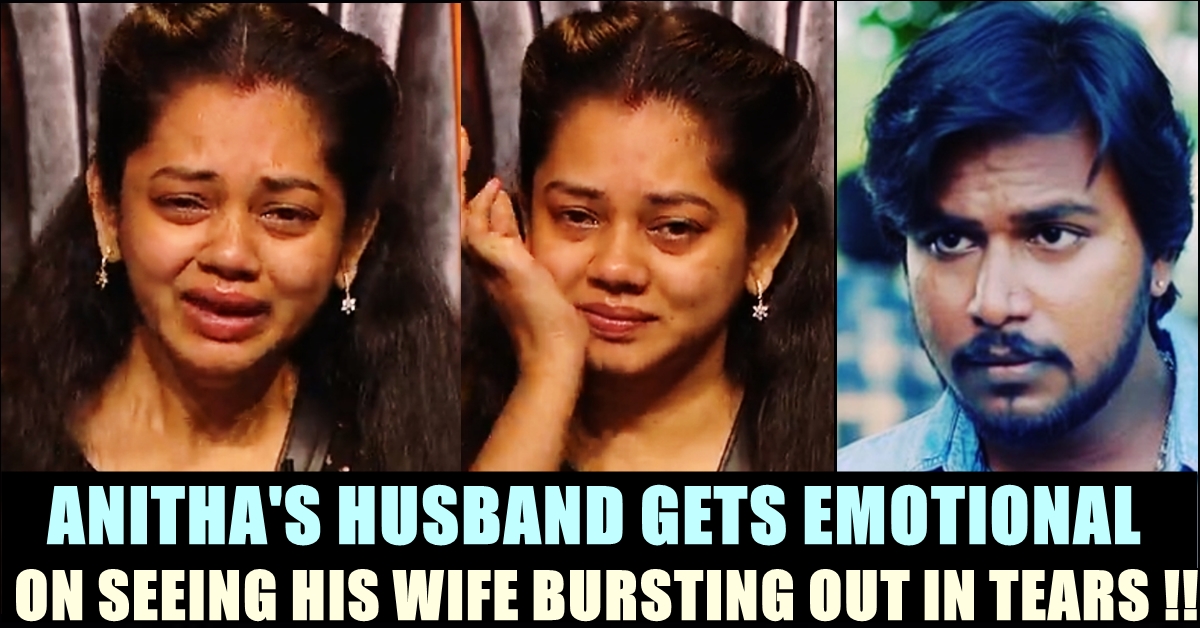 Anitha’s husband who has been reacting to the happenings that are taking place inside the Bigg Boss house, posted an Instagram story today to express his emotion regarding Tuesday’s episode in which his wife cried for a long time due to depression. He said that everything will be alright and asked his wife not to worry virtually.

On Tuesday’s episode, Anitha went into a bathroom and bursted out in tears, worrying about the way Suresh Chakravarty behaving towards her. Being a journalist, Anitha made a statement in front of other contestants on the ritual which is being followed in Indian culture for a long time.

At one point, Anitha felt that she should have followed the words of her husband who asked her not to participate in the show due to its complications. While talking to Bigg Boss, Anitha said that she feels lonely in the house. “I feel no one is standing for me when an issue occurs. I don’t know what mistake I did to make an old man run away from me when I was about to apology” she said to Bigg Boss.

Bigg Boss asked her to be brave and suggested her to state her opinions without hesitation. “People will take care of the rest” Bigg Boss advised Anitha. To boost her confidence, Bigg Boss said “We are talking to your husband. He also asked us to tell you that he is missing his “kannukutty”” which made Anitha to burst out in tears again.

She who cried for a long time, said that she is missing her husband very much. “Without him, I am facing a lot of trouble here. He is the one who would stand with me in each and every decision I make. I love him a lot and please tell him I miss him a lot” said Anitha while crying. Bigg Boss asked her to relax for a while in the confession room if she wants.

Now, on seeing the episode, Prabhagaran, Anitha’s husband came with an Instagram story. Sharing a post from a fan page of Anitha, Prabha wrote “Everything will be ok . . Don’t worry chellama” to express his emotion. He added a song “Thimu Thimu Theem Theem” from “Engeyum Kaadhal” film in the background. Also Read : Anitha Sampath’s Husband Replied To This Celebrity Who Mocked Her !!