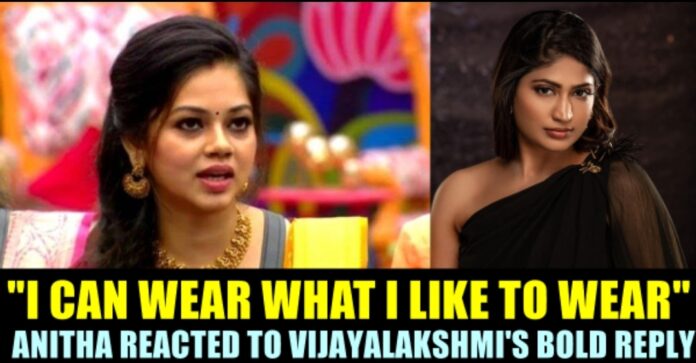 Anitha Sampath of Bigg Boss fame reacted to the reply made by Vijayalakshmi to one of her followers who character shamed her for uploading a reel video of herself dancing. Vijayalakshmi confronted the woman saying that every mother has a life post giving birth to a child and asked her not to judge women based on their online activities. Supporting Vijayalakshmi’s statement, Anitha said that it suits not only to parents but also to married women. 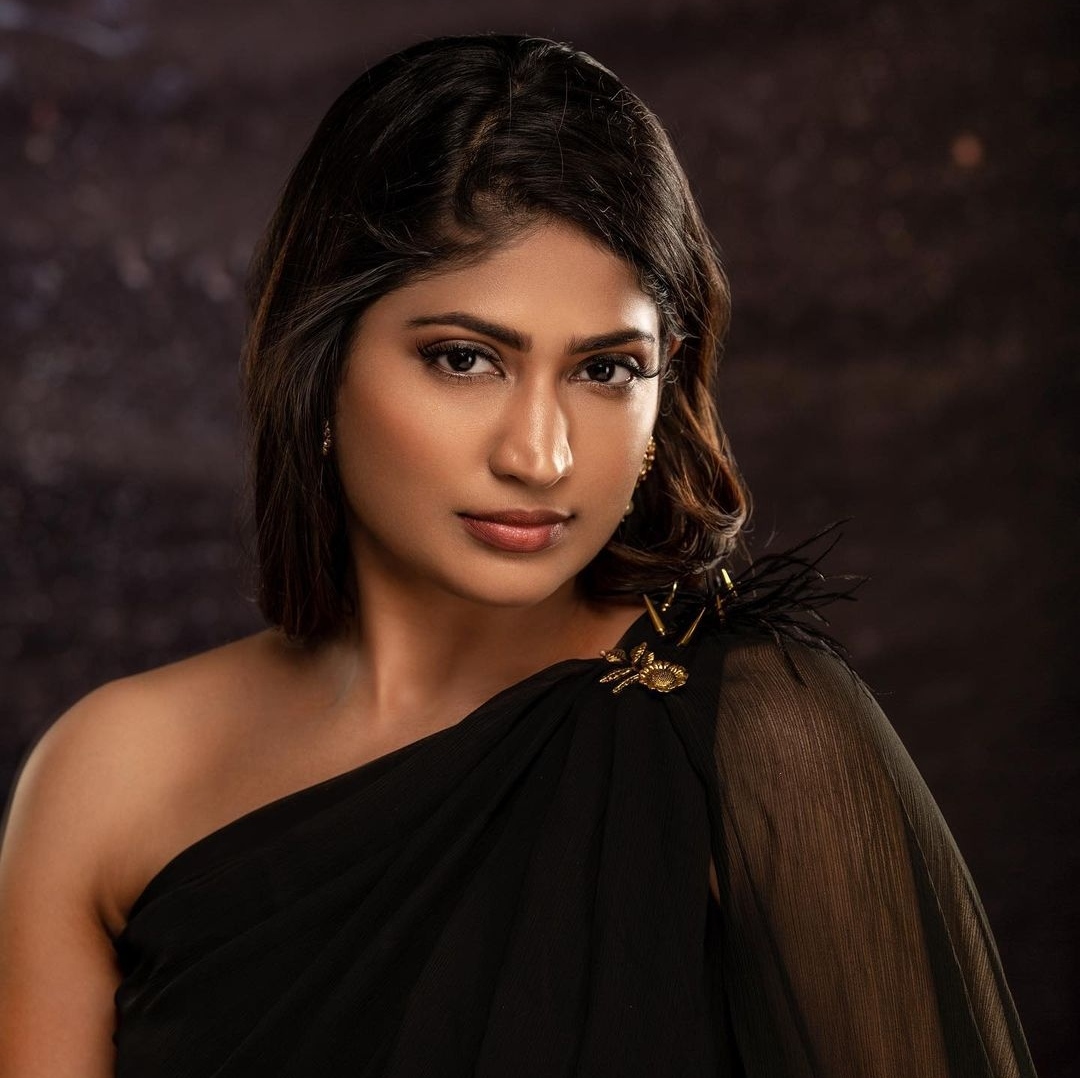 Actress Vijayalakshmi who is known for her stint in Kollywood film industry, is pretty much active in creating contents for her Instagram and Youtube space. Reacting to one of her recent reel videos, an Instagram user named Malar dropped a comment criticizing her for dancing post becoming mother. Vijayalakshmi came up with a long reply venting her frustration out against the women who are character shaming others based on their social media activities. 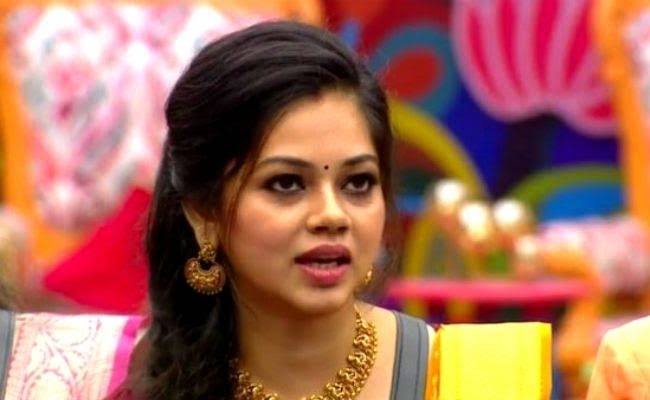 She who is running a youtube channel, is busy uploading posts in her official social media platforms as well. The actress is currently enjoying 6 lakh plus followers and is pretty much interactive with them. A couple of days ago, Vijayalakshmi uploaded a reel video in her Instagram timeline.

On seeing the video, a woman named Malar asked whether she needs such kind of dance being a mother.

Replying to her, Vijayalakshmi said that she still has a life even after giving birth to a child and slammed the commenter for being a reason for many women’s depression. “I don’t know whether you are a family woman or talking this way out of jealous. But keep your advice to yourself” said Vijayalakshmi as her reply. 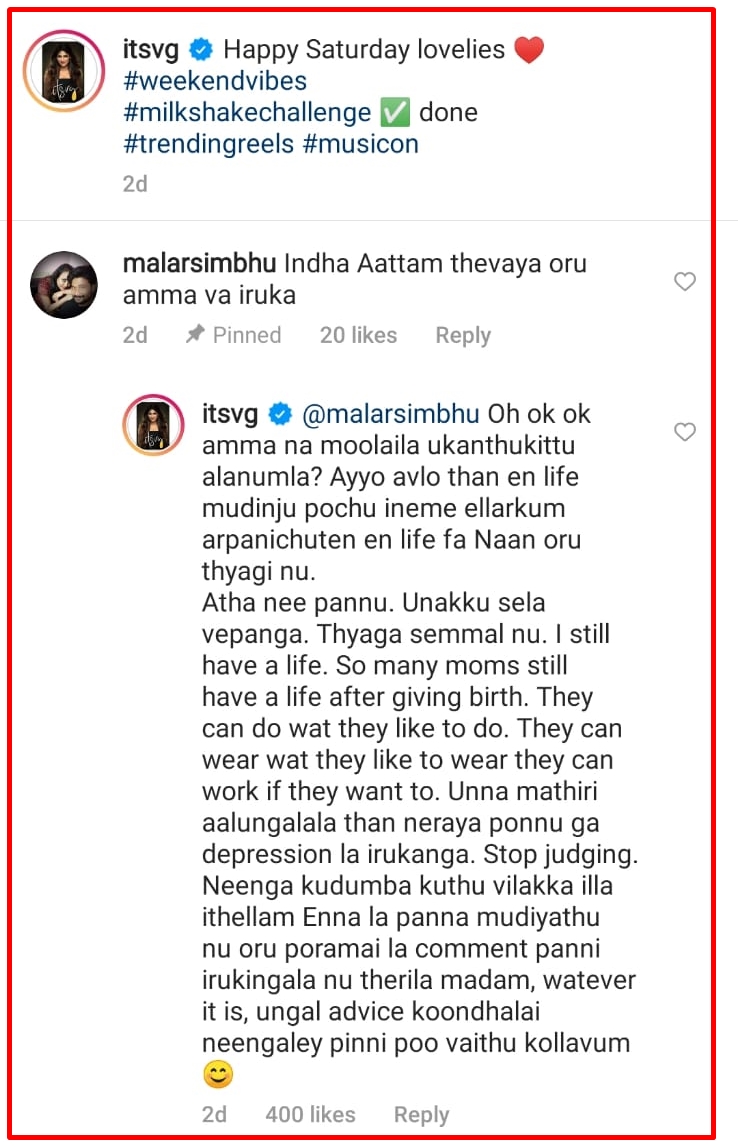 Sharing the screenshot in her Instagram story space, Anitha Sampath who got appreciated by Ulaganayagan Kamal Haasan for talking against the superstitious belief against women in the society during her Bigg Boss stint, supported Vijayalakshmi and said that fell in love with the reply made by the Chennai 28 actress.

“Love u. . Not only ammas. Suits to all married girls too. Namaku kidaikatha freedom ivangalku epdi kidaikalam is the thing. Sad thing is, there are still people who support this question” read the reply of Anitha. 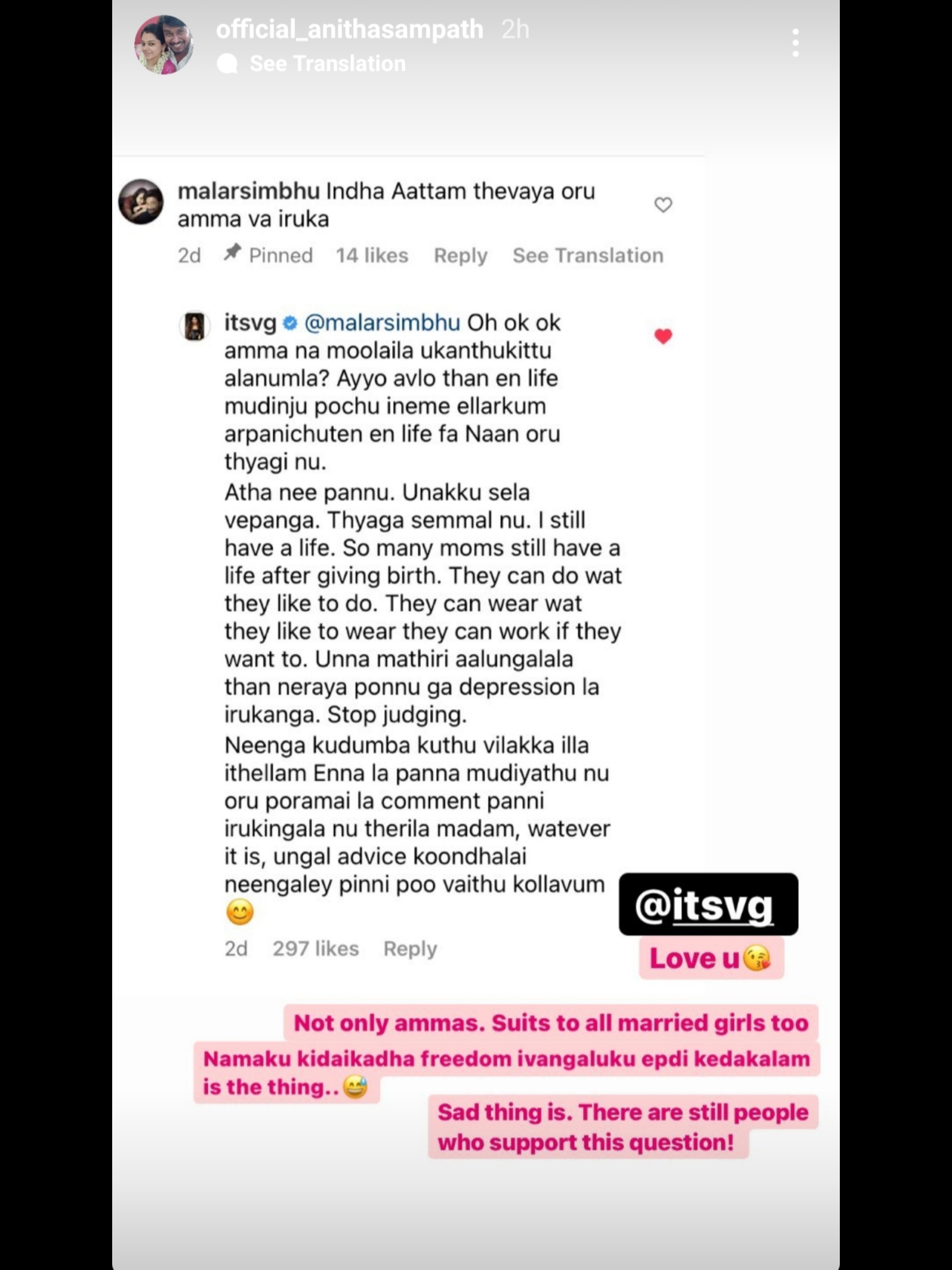 Young and emerging actress Yashika who predominantly appears in Tamil films, conducted back to back question and answers session with her Instagram followers. She...

Actress’s Fitting Reply To People Spewed Hatred At Her For One Her Insta Posts !!

Days ago, Odia based actress Sunita Garabadu uploaded a selfie picture of herself in her official Instagram account in which she was seen posing...