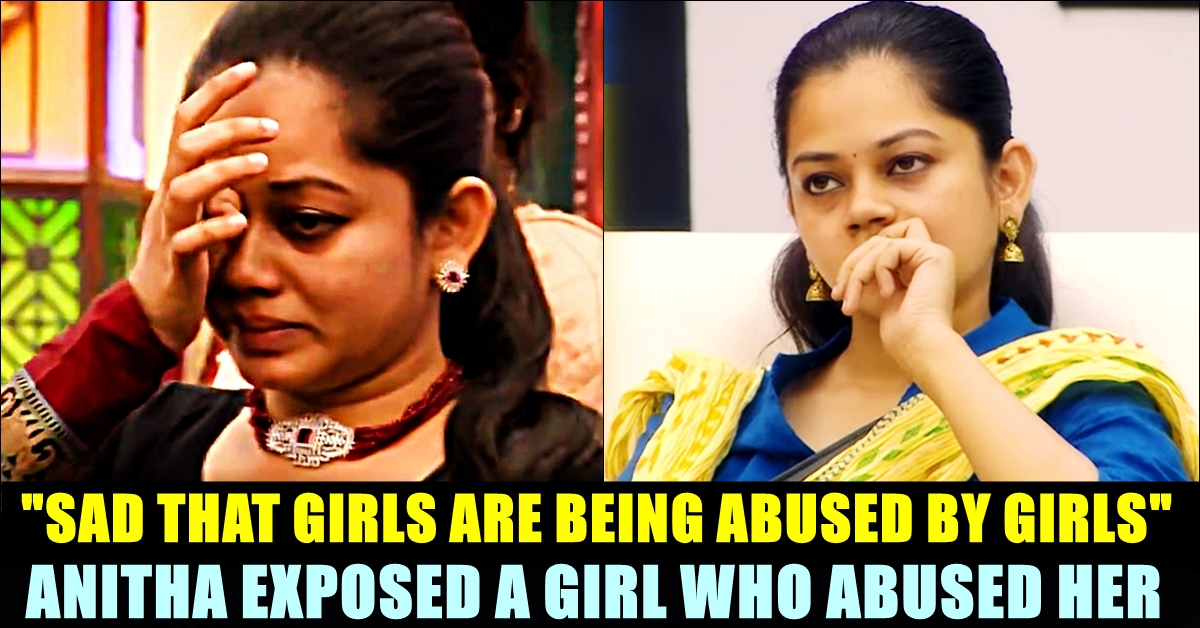 After coming out of Bigg Boss house, contestants who took part in the show are pretty much busy interacting with their followers in social media platforms. Replying to trolls became a part of their daily routine as they gained both love and hate through the 100 days reality game show.

Anitha Sampath, a news reader by profession also interacting with her followers and aswering to their questions regarding the reality game show that streamed on Vijay Tv. Now, she came up with an Instagram story exposing a girl who abused her constantly through the photo posting social media app.

Bigg Boss is a show that was widely watched by the families in Tamil nadu. The show which identifies itself as a miniature of this entire world, connects with the family audience easily due to the problems and confrontations that are taking place between the contestants inside the house. The reality game show functions based on the votes of the audience. Aari Arjunan won the title and cash prize of Rs. 50 lakh with highest number of votes and Balaji Murugadoss became the first runner up with 6 crore votes from the audience.

Anitha Sampath got evicted from the show after spending 84 days inside the house. Her father R.C Sampath passed away two days after her eviction from the Bigg Boss house. He was 62 years old and the former news reader shared about it in her official Instagram account. She re-entered the house as a guest to fulfill her father’s wish. R.C Sampath wanted her daughter Anitha to complete her participation in the show.

Now, days after the shooting of “Bigg Boss Kondattam” completed, Anitha replied to some of her followers regarding her participation. Several users poured love on her and Anitha herself expressed her happiness for all the love she is receiving from her followers. When a follower asked whether she was receiving any negative comments nowadays, Anitha said that she is not at all receiving anything of such.

“If someone abuses you in social media, block immediately without a second thought, they can’t even search your profile next time. don’t satisfy them by responding” Anitha replied to a follower.

Now, a girl seemingly abused Anitha in a constant manner in Instagram. In a way of exposing her to her 524 thousand followers, Anitha uploaded a picture of the girl and wrote “Girl called Madhumitha who is constantly abusing. I appreciate that you bravely uploaded your profile picture. So Iam sure you can face this too. Sad that girls are being abused by girls” in her story.

She also mentioned that the girl has an “ugly heart” in her Instagram story. Here’s the screen shot of the story uploaded by Anitha :

Earlier, Anitha said that the female contestants who participated in the Bigg Boss show are going through huge stress due to the negative comments they are receiving from the social media users. She also made trollers to realize that they are not going to earn anything by abusing the contestants. “You will start minding your business after posting a negative comment about an individual in social media but the one who is in the receiving end couldn’t forget it for a long time. It will hurt them” she said through one of her recent posts.