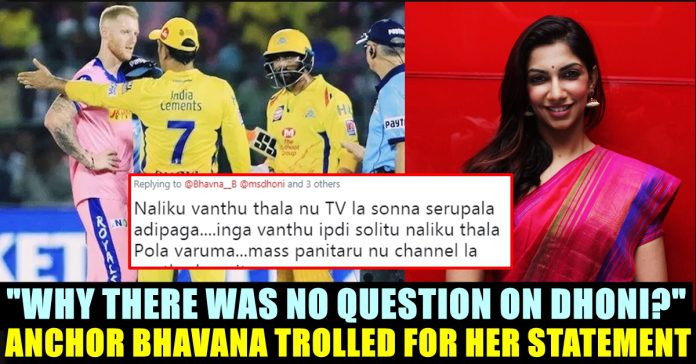 MS Dhoni became the first-ever player to win 100 Indian Premier League (IPL) as captain on Thursday when Chennai Super Kings piped Rajasthan Royals in a last-ball thriller in Jaipur. However, the major landmark was overshadowed by Dhoni’s uncharacteristic outburst at on-field umpires during the last over of a tense chase. Chennai Super Kings had needed 18 from the last over to secure a win in Jaipur. The visitors began the over well with Ravindra Jadeja hitting Ben Stokes for a six in the first ball but Rajasthan Royals pulled things back with the wicket of MS Dhoni in the third ball of the over.

With 9 needed off the last three balls, New Zealand all-rounder Mitchell Santner walked out to bat for CSK. After Ben Stokes delivered the fourth ball of the over, on-field umpire Ulhas Gandhe signaled a no-ball for a waist-high full toss. However, Gandhe retracted his decision after leg-umpire Bruce Oxenford hinted it wasn’t a waist-high no-ball. 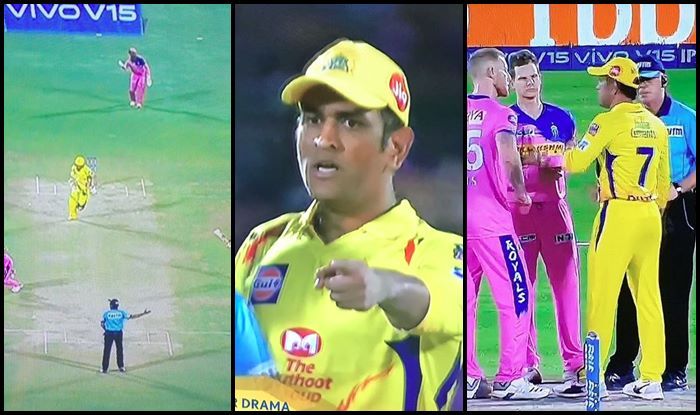 Dhoni who witnessed it  Dhoni stormed onto the pitch and confronted the umpire. Non-striker Ravindra Jadeja also joined the conversation but the revised decision stayed and Dhoni headed back to the dug-out disappointed. For this act the former Indian captain was charged 50% of his match salary as fine.

Anchor Bhavana who is known for hosting shows in Star Vijay, in her twitter account, raised question against Dhoni walking on the field. In her tweet she wrote “Still wondering why there wasn’t a question on why @msdhoni walked on to the field when the umpire had signaled a no ball! It’s not bout the outcome of the game, we need to understand the rules tht define it. #RRvCSK @IPL @ChennaiIPL @BCCI”

Still wondering why there wasn’t a question on why @msdhoni walked on to the field when the umpire had signaled a no ball! It’s not bout the outcome of the game, we need to understand the rules tht define it. #RRvCSK @IPL @ChennaiIPL @BCCI

For this tweet she was confronted by many of the twitter users and MS Dhoni fans who justified the act of the CSK skipper. Some also trolled her for the contradict statements about Dhoni in Star Sports channel and in her personal twitter accounts. Check out some of their reactions here :

Is there any rule that saying the captain shouldn’t come like this?

Brave tweet I should say considering the consequences of who was involved in the incident !! Still figuring out the same why he actually walked out!! Nobody really questioned it. Nice one @Bhavna__B

It may be wrong from rule book, but as a Captain, he has got every right to question the unethical umpire. Since he can’t call the Umpire on his mobile, he had to reach him by foot!!!!!

What u mean by no question. He was charged 50% og match fee

What do you think on Bhavana’s statement ?? comment your views below !!

Previous articleShah Rukh Khan’s Emotional Message To His KKR Team After Two Consecutive Losses !!
Next article“I Don’t Watch IPL But It Is Scripted” Said This Popular Movie Reviewer !! Got Trolled Like Never Before !!

Out of the three sixes that Hardik Pandya hit against Chennai Super Kings on Thursday night, one was a helicopter shot that he played...