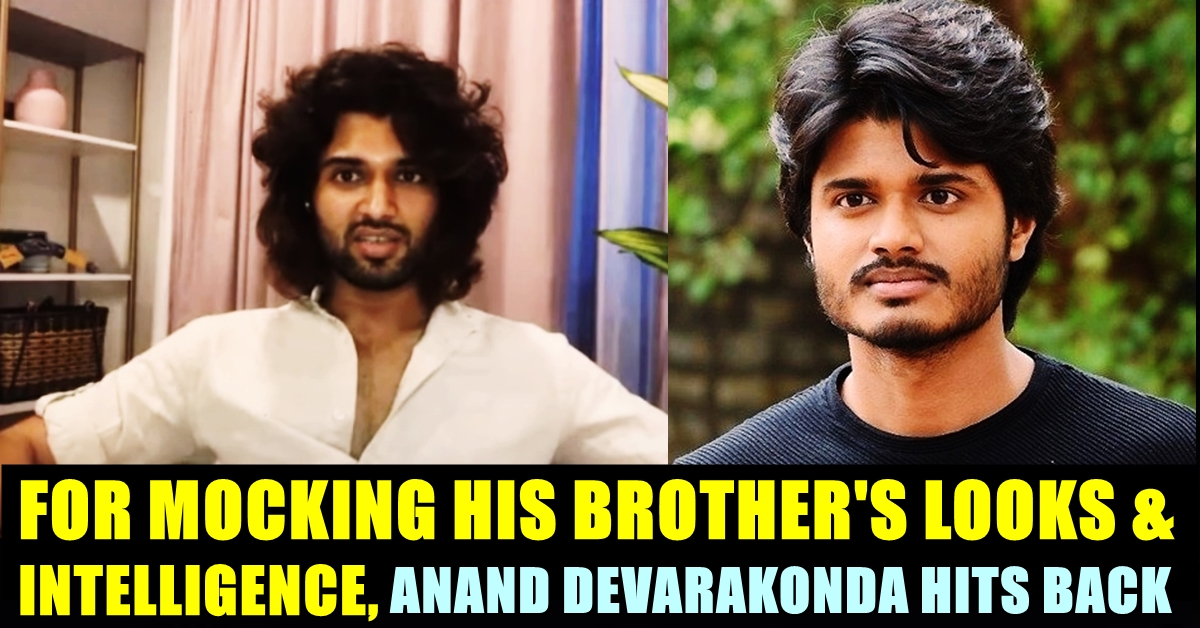 A Bollywood actor named as Gulshan Devaiah criticized Vijay Devarakonda for his recent statement on voting system. In defence, Anand Devarakonda, brother of the “Arjun Reddy” actor came up with a tweet slamming him. He asked Gulshan to understand the context of his brother’s statements before making personal comments against him.

Vijay Devarakonda who often gets into controversy for the kind of films he choose to do, now facing severe criticism for a statement he delivered in his interaction with Film companion’s Bharadwaj Rangan and Anupama Chopra. When he was asked whether he has any plans to enter politics in future, the actor said that the entire political system of India is flawed and he would not prefer a politics as such. The actor went on to express his wish on how the voting system of a country should be and even said that dictatorship would do which created a furore among the people.

When Bharadwaj Rangan asked whether he is going to follow the tradition of South Indian actors who enters politics to make some change in the society, Vijay said that he doesn’t have that patience for politics. The actor said that the political system of India is not making sense. “I don’t even think everybody should be allowed to vote” the actor said.

Vijay went on to narrate an example to denote that eligible people should vote to decide a leader for the country. “When you are getting on a plane to o to Bombay, Would we all decide whom to be the pilot of the plane ?? Would the 300 people who are going to travel decide the pilot of the plane ?? No, we let an efficient agencies like the airlines to decide the best person possible to fly a plane.” Vijay said.

On seeing these statements from him, several people in Twitter slammed him for his speech against democracy. Watch the video below :

Did he just say that he prefers Dictatorship more than democracy and not everyone should be allowed to vote?

Deverakonda is a classic example of how apolitical folks slowly move towards RW Authoritarianism in the end. pic.twitter.com/JsNmZ0f1GS

Gulshan, on these statements from Vijay, mockingly said that a haircut would help him to reduce the pressure on his skull.

I suggest a haircut to release some pressure on the khopdi 🙄 https://t.co/iohmBPfnjd

Anand Devarakonda, brother Vijay, came up with a tweet saying that a skull with brain would understand what his brother had said. “Maybe a khopdi with actual substance would understand the context first before making personal comments on social media”

Maybe a khopdi with actual substance would understand the context first before making personal comments on social media 🤷🏻‍♂️ https://t.co/FmM97F63uu

During his explanation, “Why we are having money swing a vote, why we are having cheap liquors to swing a vote. It is ridiculous. I am not even saying that rich people should vote. I want the middle class people who are educated and who wouldn’t get swung by little money to vote. I don’t even think that everyone should be allowed to vote because they don’t even know whom they are voting an why they are voting. I won’t stand in an election where people voting for money and liquors.” Vijay Devarakonda said.

Further Vijay said that he would rather be a dictator than standing in an election. “I think that’s the way to go. Just shut up, I am having good intention, you don’t know what’s good for you maybe but stick to this for 5 or 10 years” the actor depicted how he would act when he becomes a dictator. “But you have to have a good guy as the dictator” he added. When Anupama Chopra interrupted and said that he is asking for a benevolent and wonderful person as a dictator, Vijay responds with a laugh and says “Basically me”

Comment your views on Anand replied to Gulshan in this issue !!