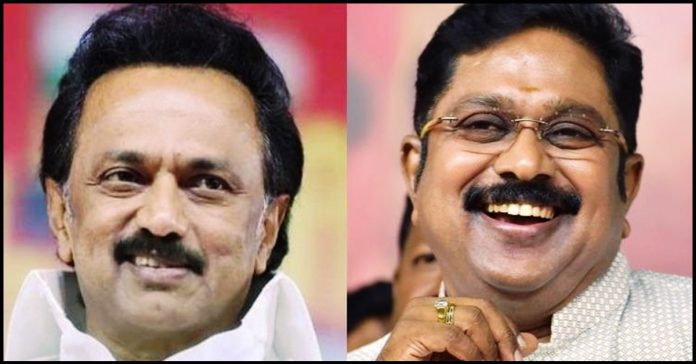 Dhinakaran has been continuing his political stint even after Sasikala announced that she is quitting from politics. He always said that stopping DMK from getting voted to power and making Amma’s government to rule the state again is his intention. He made sure that there is no link between the press release of Sasikala and his political career. He gave interviews to television channels saying that he would work on preventing DMK from getting voted to power.

However, a recent advertisement released by AMMK made public to think whether he is a “B” team of DMK party. The advertisement targeted Chief minister Edappadi K Pazhaniswamy alone and didn’t criticize the party AIADM or deputy chief minister O Panneer selvam. A question raised among public asking why AMMK targets Edappadi pazhaniswamy alone after saying that they will defeat DMK party.

If ADMK loses the upcoming election, it has been believed that AMMK is going to be the sole responsible for it and by criticizing Edappadi K Pazhaniswamy through his advertisements, Dhinakaran is directly supporting DMK party.

Instagram account of PUBG Madan aka "Toxic" Madan is being controlled by the Police officials of Tamil nadu. They have been uploading posts creating...