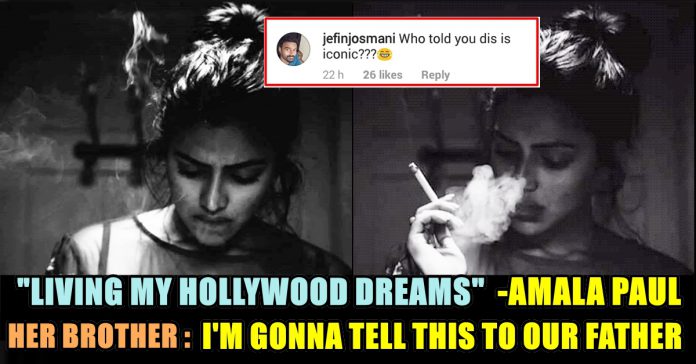 Amala Paul is an Indian film actress who works in the South Indian Film Industry. After appearing in supporting roles in the Malayalam film Neelathamara. She received critical acclaim for the portrayal of a controversial character in the film Sindhu Samaveli. Despite the failure of that film, Amala became noted after playing the title role in Mynaa, receiving critical acclaim for her work. 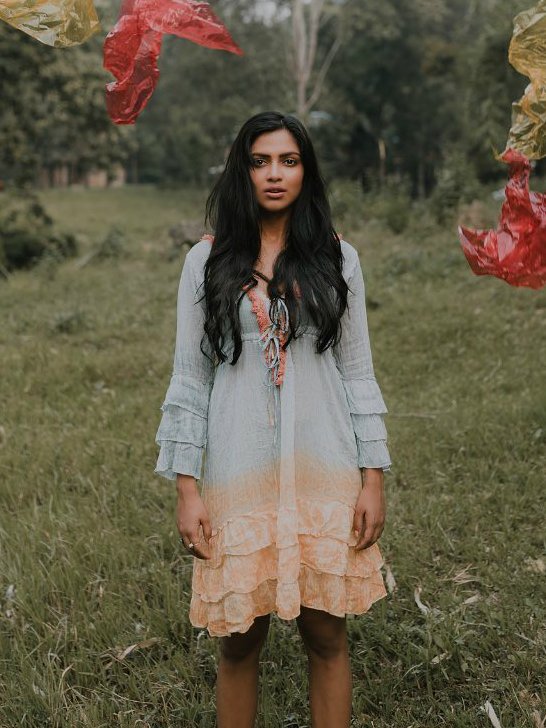 She became a very busy actress after doing the film “Thalaiva” with actor Vijay. Danush’s VIP and VIP 2 also got her fame in the Kollywood industry. The actress was last seen in “Ratchasan” which became a block buster in box office. 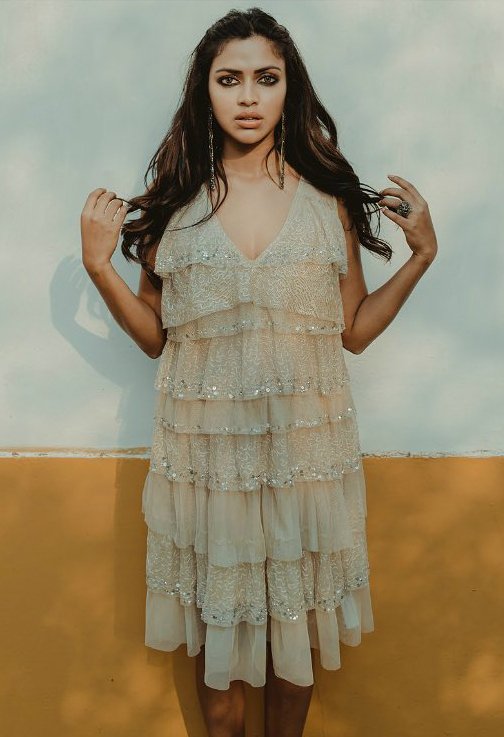 She is also one of the actress who is very active on social media platform where she raised her voice for the MeToo movement by accusing director Susi Ganesan along with  independent filmmaker Leela Manimekalai. She also caught up in number controversies after divorcing director Vijay. 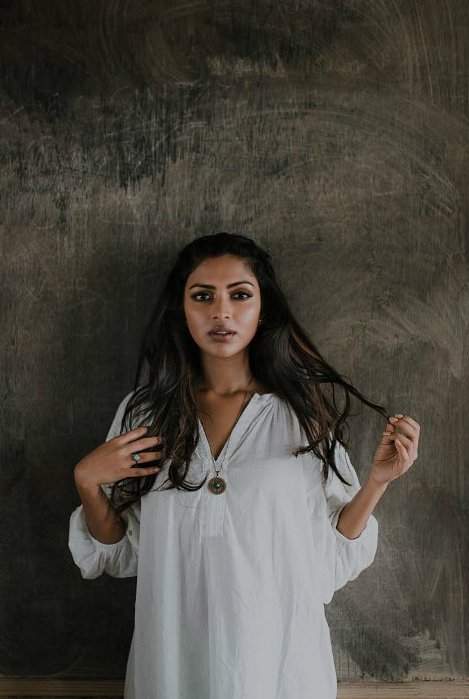 Now the actress has uploaded a post in her official Instagram account where she is seen smoking cigarette. The post’s caption read as “This is not me advocating smoking, this is me living my Hollywood fan girl dreams. Every star has an iconic smoking shot, and here’s mine!#livingthedream” This is not me advocating smoking, this is me living my Hollywood fan girl dreams. Every star has an iconic smoking shot, and here’s mine! #livingthedream Shot by my genius girl @isha01ch 🖤

For this post of her Amala Paul’s brother Abijith Paul reacted in a most funny way. In the post he commented “I will tell this to Pappa you smoked 😈” For this comment Amala’s savage reply was just hilarious. In a note countering him She replied “Then, I ll have to start telling storied about from 1995 about you”

Though the actress clearly explained that she is not advocating “Smoking” it seems most of her followers did not read the caption which resulted in most of them criticizing her for smoking. Many trolled the post for not being “iconic” as Hollywood as well.

Check out them here : Also the first look of her Aadai was released recently, Directed by Ratna Kumar of Meyaadha Maan fame, the poster drew attention to the film’s title — Aadai (Clothing). With toilet paper wrapped around her body and bloodied wounds on her hands and face, Amala Paul is seen crying while holding onto a rusted piece of plumbing in the poster. 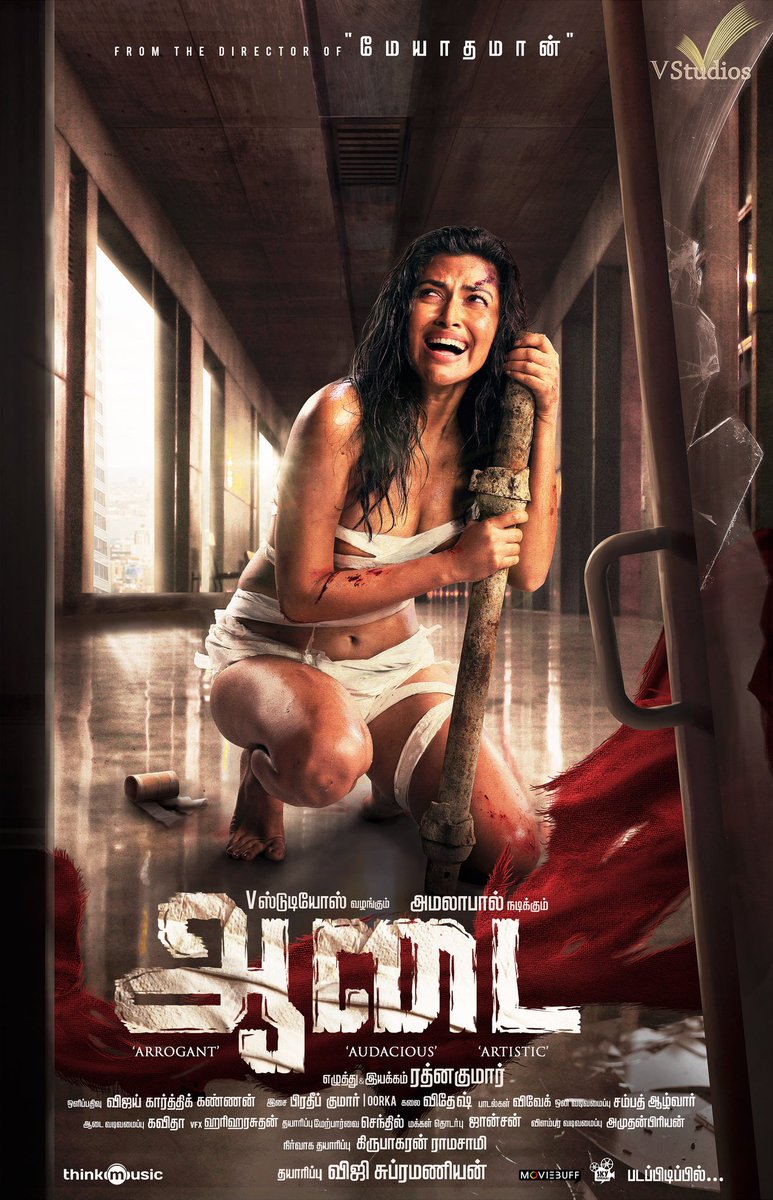 “It’s a kick-ass story. I told Rathna that I’ll do this film if we will work together as a team, and not have exclusive roles as a director and actor, that’s my idea. When you see the first look poster, you’ll go crazy. It’s something else, nobody has done it before.” said the actress while talking about the film in an interview.

Previous articleSakshi Posted A Picture Of Dhoni Tying Her Shoes !! Got Badly Trolled For Her Attitude !!
Next articleChinmayi Grabbed “Voice Of The Year” Award In Behindwoods !! Her Husband’s Reaction Was Just Priceless !!

On seeing Vanitha Vijayakumar slamming Balaji Murugadoss of Bigg Boss while reviewing the reality game show, Lakshmy Ramakrishnan who had a major confrontation with...

Prime Minister Narendra Modi on Friday announced a dozen measures for small and medium enterprises, including loans of up to Rs 1crore in 59...