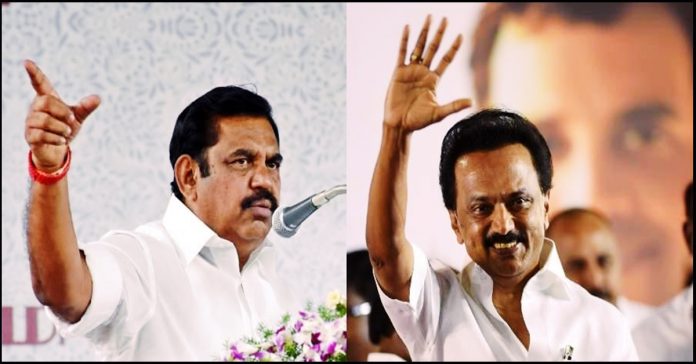 Tamil nadu assembly election is nearing and all the political party members in the state are encouraging citizens to vote for the candidates who belongs to their respective parties. Campaigns across the state are being progressed with political party leaders making various kind of promises on the developments of the state to make people vote them to the power.

Chief minister Edappadi K Pazhaniswamy actively involved in meeting people by visiting their constituencies with the candidates of his party. Most recently he visited Bhuvanagiri of Cuddalore and replied to a comment made by the leader of opposition MK Stalin.

“MK Stalin says that I crawled to become the state’s chief minister. Don’t I have legs ?? Am I a lizard or Snake to crawl ?? Being the leader of opposition and a leader of a political party, he doesn’t even know what to speak and what not to” Chief minister Edappadi K Pazhaniswamy said while campaigning.

“Do anyone crawl to take oath as a Chief minister ? I am not a snake or lizard but a human being.” he added and said that MK Stalin is feeling jealous as his dream of breaking the party and becoming the Chief minister of this state after Amma Jayalalithaa’s demise went in vain. “He never expected a farmer’s arrival” Chief minister Edappadi K Pazhaniswamy said.

“I got the chief minister post with the blessings of God and the people who are surrounding me. I never crawled or moved but walked to take oath as a Chief minister” he added.

In an unexpected turn of events, Bigg Boss contestant Namitha Marimuthu walked out of the Kamal Haasan hosting show, emerged reports. Though the reason...

The Madras High Court ordered the Tamil Nadu government to allot space at the Marina beach for Kalaignar Karunanidhi's burial. In an emergency hearing on...

Vanitha Vijayakumar, earlier posted a tweet saying that she is going to meet assistant commissioner of police on Tuesday, regarding a complaint she registered...

Prithvi Shaw Is Trending In Internet After Getting Out For A Duck !!

Prithvi Shaw who opened for team India in the first test match against Australia, is trending in the micro blogging social media site as...