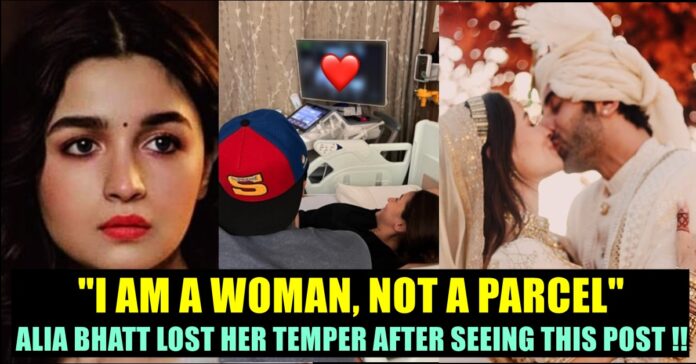 Alia Bhatt Lost Her Cool After Seeing This Post About Her Pregnancy !!

Bollywood actress Alia Bhatt lost her cool after seeing a post of a media portal that said Ranbhir Kapoor is planning to fly to United Kingdom to bring back the actress. The report also said that the actress has planned her pregnancy in a way of not let it affect any of her committed projects. Denying it completely, the 29 year old actress uploaded a story in her official Instagram handle saying that she is woman, not a “parcel” to be picked up. Alia said, in some people’s head, we still live in a patriarchal world.

India’s most loved celebrity couple Alia Bhatt and Ranbir Kapoor broke the internet on Monday by announcing their pregnancy. Surprising their fans by posting a sweet photo from the hospital, the couple made the announcement with several top celebrities congratulating them through online. Along hashtags #RanbirKapoor , #AliaBhatt, viral memes linking the marriage date and pregnancy announcement of the couple are also flooding the internet.

Taking to her Instagram handle, Alia Bhatt announced she and her husband Ranbhir Kapoor are expecting their first child together. The couple recently tied their knot on 14th April 2022 after dating for several years. “Our baby. . . coming soon” said the actress through her caption and got 6 million likes from the online users in no time.

The announcement made by the actress grabbed headlines across the globe. Rumours and speculations started surfacing along with the update of the “Gangubai” actress as well. However, A report that got surfaced in the Instagram handle of “Pink Villa USA” has made the actress to lose her cool.

“Actress Alia Bhatt took the internet by storm on Monday morning after she announced her first pregnancy. Reportedly, the mommy-to-be will return to Mumbai in mid- July. It is also being reported that Ranbir might go to the UK to bring his wife home. According to India Today, Alia will be taking a rest after she returns from her shoot. The report also suggests that the actress planned her pregnancy in a way that doesn’t affect any of her commitments. She will be wrapping up her films, ‘Heart Of Stone’ and ‘Rocky Aur Rani Ki Prem Kahani’ before the end of July” read the post of the media portal.

“I do not need to REST at all but good to know you’ll have a doctors certification as well:) This is 2022. Can we pls get out of this archaic way of thinking!
Now if you would excuse me.. my shot is ready” she added. 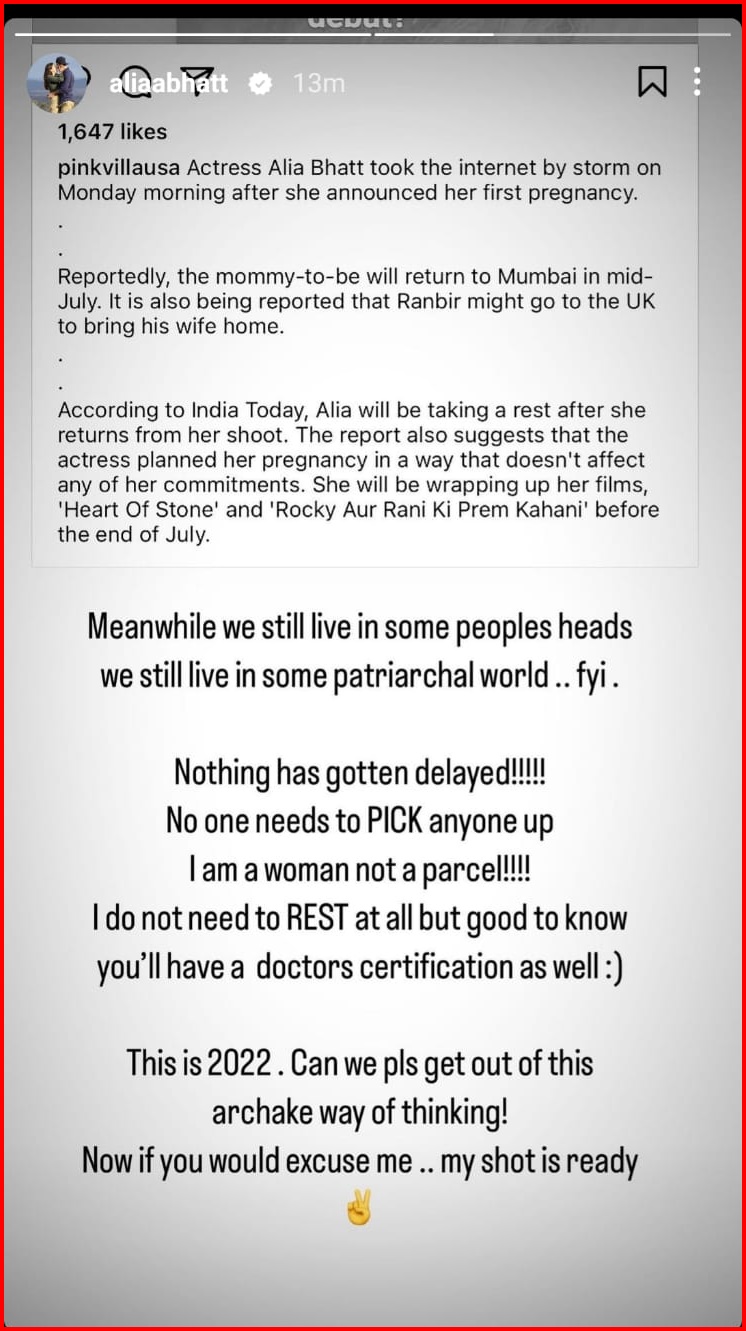 Previous articleRupee Hits A New Low Against US Dollar!! Internet Reacted
Next article“Why So Much Venom Bro ?” – Maddy After Being Called Out For His Statement On Twitter Users In India !!

Director Venkat Prabhu Replied To The Comparison Between Tenet & Maanadu !!

On seeing the comparison being made by fans in social media platforms between "Maanadu" and "Tenet" after the teaser of the Venkat Prabhu directorial's...