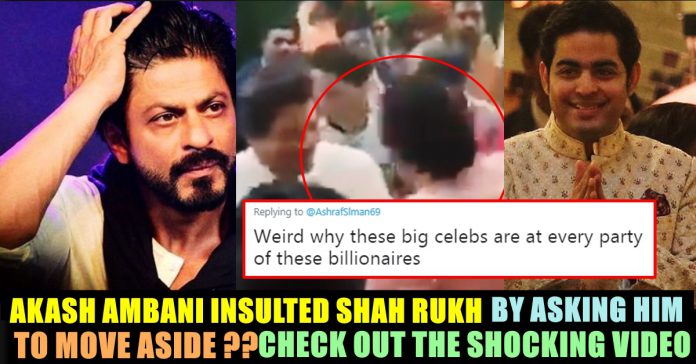 We Indians love to have big fat weddings and it is quite obvious for the marriage ceremonies of Ambanis to be the biggest wedding of India. Just recently, Mukesh Ambani’s son Akash tied the knot with Shloka Mehta and the celebration of their union went on for 3 days, that is from 9th March to 12th March. 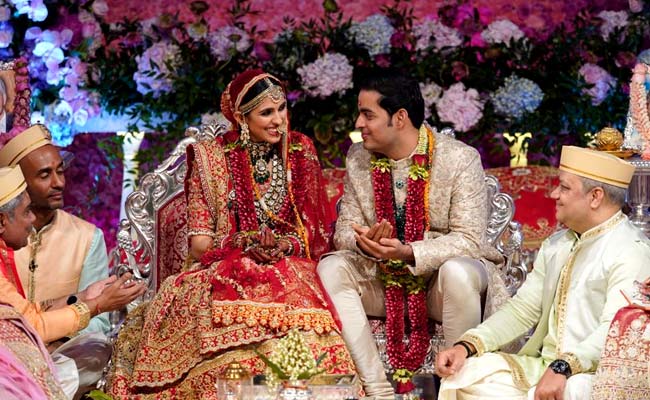 Bollywood celebrities stepped out in their finest to attend Akash Ambani and Shloka Mehta’s wedding, which is touted to be one of the most high profile events of 2019. Shah Rukh Khan, Ranbir Kapoor and Karan Johar, who were among the early arrivals at the Ambani-mehta wedding, shook a leg in the baaraat procession along with groom Akash and his mother Nita Ambani. S 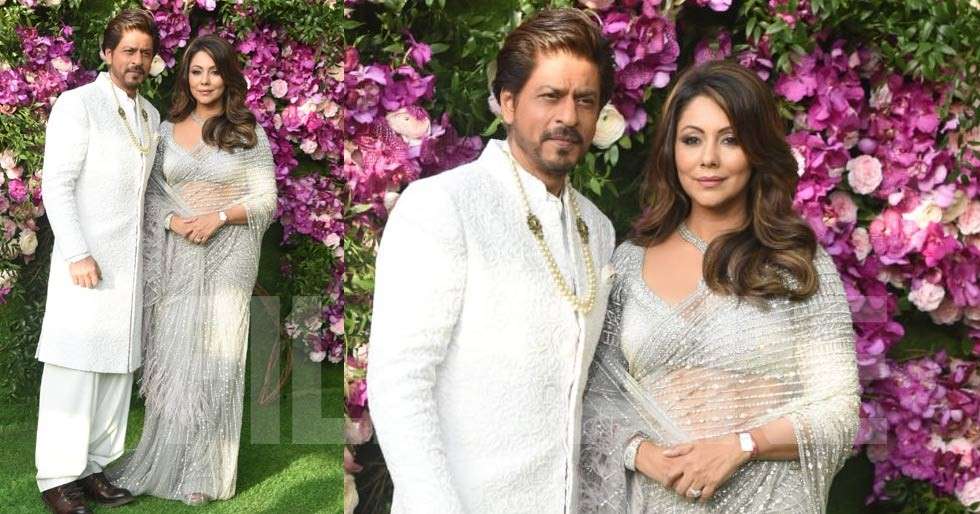 SRK showed some of his moves in baraat procession as well along with Ranbir Kapoor and Ambani family. A video is going viral on the Internet in which SRK and Ranbir are seen dancing in baraat and then Anant Ambani pulls his mother Nita Ambani for dancing.

Twitterati also felt the same and trolled Shah Rukh for allegedly getting treated in a bad manner and still not reacting just because Ambanis are ultra rich.

Here are some of the selected tweets:

Finally he has shown his place…

Asshole !
Get some life rather than mocking SRK without any reasons.
I guess u have put your balls in your eyes and tweeted this. Both Akash and SRK were laughing at that moment. They were having fun

Meanwhile, the wedding venue at the Jio World Centre in Mumbai was decked up with flowers and faux waterfall and floral figurines, among other things. Bollywood was almost in full attendance – Rajinikanth with daughter Soundarya and son-in-law Vishagan Vanangamudi, Amitabh Bachchan with his wife Jaya Bachchan and daughter Shweta, Abhishek Bachchan with wife Aishwarya Rai Bachchan and their daughter Aaradhya, Aamir Khan with wife Kiran Rao, Priyanka Chopra with mother Madhu Chopra and brother Siddharth, actor couple Deepika Padukone and Ranveer Singh, actresses Alia Bhatt, Karisma Kapoor and Kiara Advani, and many more were all there.