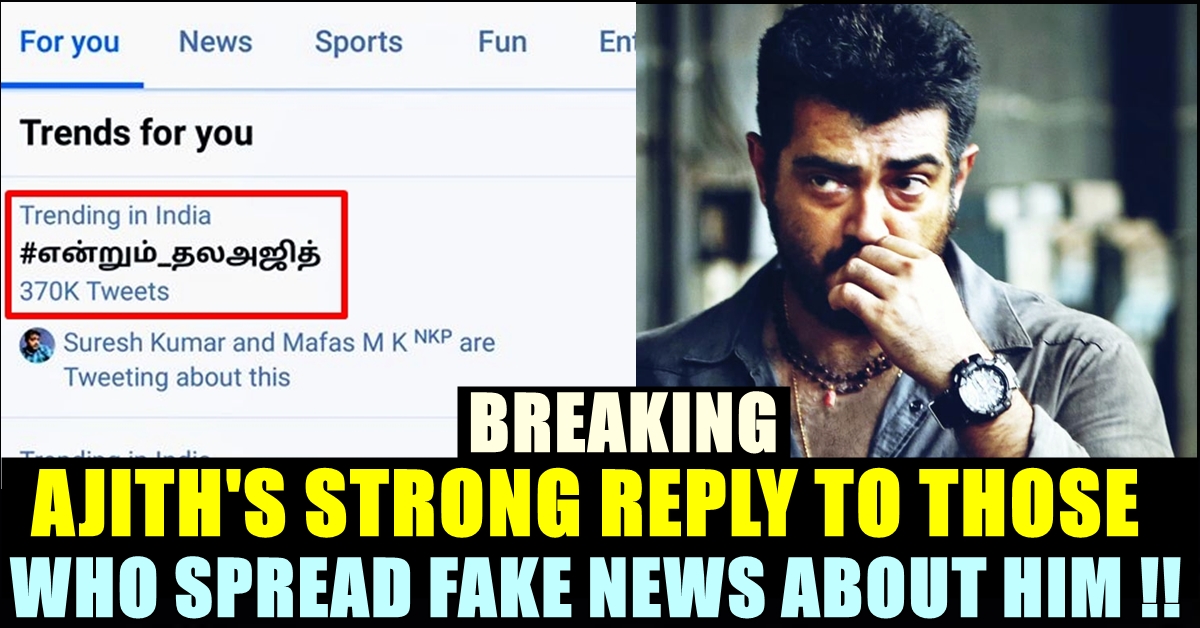 As we all know Ajith is one of the toppest actors in Kollywood industry who avoids attending public events and promotional functions. Being one of the leading actors of Kollywood, actor Ajithkumar enjoys a huge fan base in Tamilnadu. Despite of getting a humongous amount of love from his fans, Ajith refused to have fan clubs and dismantled it few years ago as he wants his fans to look after their families. This only increased the love of fans for him as they started admiring him more for his attributes.

In the letter which was issued by the legal team of Ajith Kumar, we can see them clearly saying that Ajith Kumar will not have a social media account in future. “It has come to our client’s notice that there is a letter dated 6th March 2020 purportedly written by him, which has been posted in social media stating that he has decided to re-join social media and would have an official account. It is shocking to note that the said letter has been printed on a fake letterhead with our client’s name and bears his forged signature” the letter read.

Sharing this notice, Suresh Chandra, in his tweet wrote “Legal notice from the legal team of Mr Ajith kumar .”

Ajith also avoiding his appearance in public events and in the promotional interviews of his own movies. Unlike other top actors, Ajith is not involving in any political issues.  The last time when Ajith issued similar letter is when a news on his fans joining BJP surfaced. (Also Read : Tamilisai Said That Ajith Fans Joined BJP !! Here’s What Thala Has To say !!)

Comment your views on this statement released by the legal team of Ajith Kumar !!