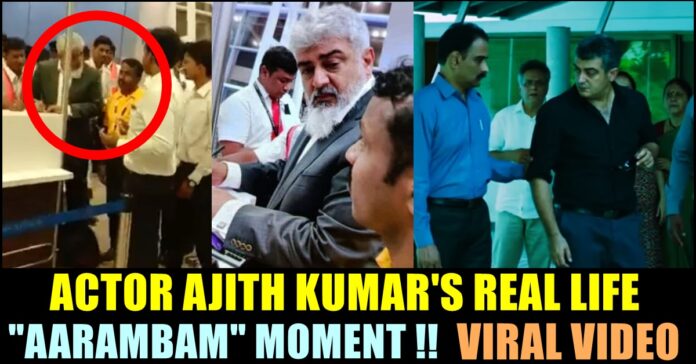 A video of actor Ajith kumar furiously looking at a fan who tried to pose with him for a picture without his consent, is trending in the social media platforms. Fans of the actor are sharing video saying that it reminds them a scene from his blockbuster movie “Aaramabam”. 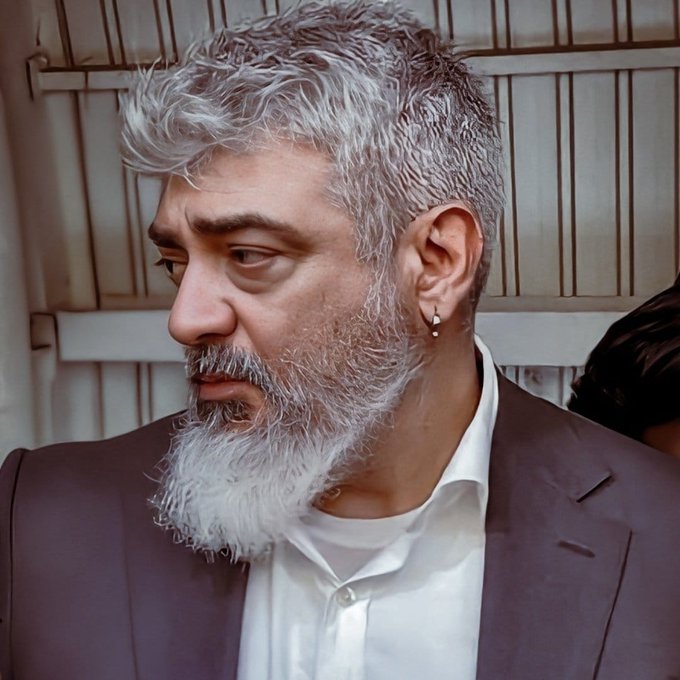 The “Valimai” actor who is currently busy in a road trip across the country, has been interacting with the fans and posing for their pictures. Recently, a video of the actor conversing with a fan in a most casual manner went viral and won the hearts of the internet users. He is also busy attending the shooting of his upcoming film “Thunivu” directed by H. Vinod kumar. 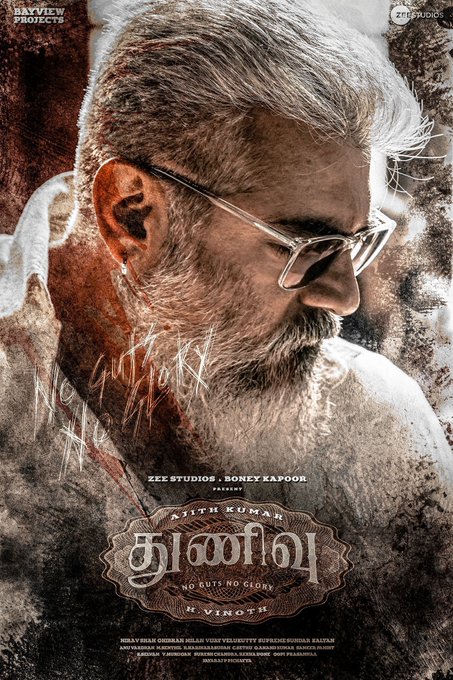 The actor who was last seen in “Valimai” directed by H. Vinoth, is again acting in the filmmaker’s directorial. The film is touted to be a heist thriller and Vinoth who impressed fans with his debut “Sathuranga Vettai”, is expected to give an intriguing entertainer this time. Post that, the actor has committed a film with director Vignesh of “Naanum Rowdy Thaan” fame.

While the pictures and videos of himself posing for with fans and greeting them with warm welcome are doing rounds, now, a video if the actor losing his cool after an individual tried to get a picture clicked with him without his consent got surfaced in the internet.

The video shows actor Ajith kumar doing some paper work in an airport kind of place while the workers in the place surrounding him with their cellphones for pictures. A fan went near the actor and asked his accomplice to click a picture while Ajith kumar was busy writing something. 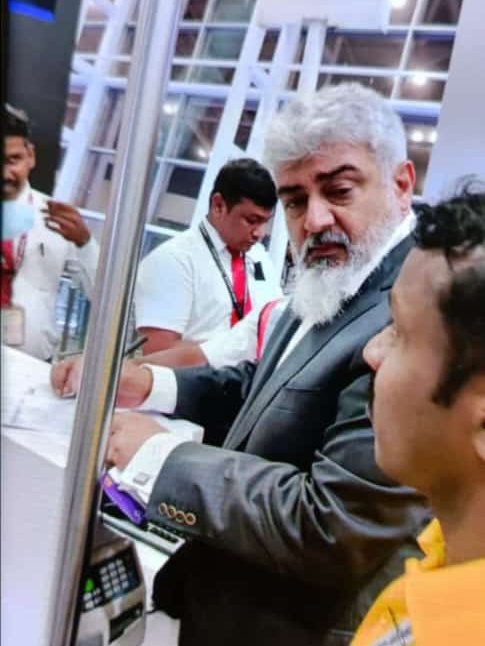 On seeing his gesture, Ajith lost his cool and started at the fan for a long time without saying anything. The fan immediately backed off without a picture and the actor’s online fans has been sharing the video saying that it reminds them of a famous scene from “Aarambam”

In Karnataka's Vijayapura, a 28 year old Dalit man brutally attacked by a mob for touching a vehicle which belonged to a upper caste...

Bigg Boss Tamil completed its three successful seasons and all of them were hosted by Ulaganayagan Kamal Haasan. Reports suggests that he is going...