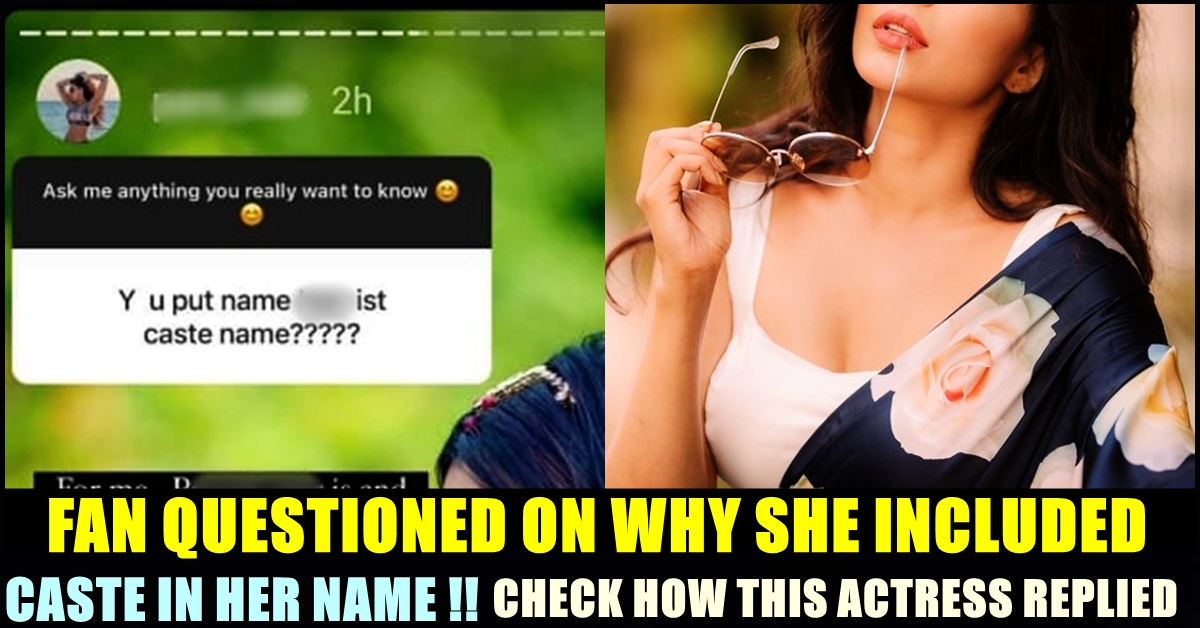 Not many days ago, actress Janani of “Avan Ivan” fame gained huge accolades from the users of Internet after changing her social media handle name from “Janani Iyer” to “Janani here”. An individual flaunting his/her caste identity through his/her surname has always created debate among people in public forums. When an influential personality such as a cinema celebrity, sports personality or a politician exposes his/her caste through his/her surname, it becomes a subject to severe criticism in this digital era. Now, an answer provided by actress Parvathi Nair for adding her caste name as her surname has garnered the attention of the netziens.

The “Ennai Arinthaal” actress, firmly denoted that she is not going to change her name by saying that “Parvathi Nair” is going to be her name forever. However, she also made it clear that she gives zero importance to caste. The actress made this answer to one of her Instagram followers while conducting question and answer session.

Parvathi Nair is currently enjoying 13 lakh followers for her official Instagram account. She made her acting debut with the 2012 Malayalam film Poppins. She rose to fame among Tamil cinema’s mainstream audience after acting in Ajith kumar’s “Ennai Arinthaal” as one of the female leads. She paired opposite to Arun Vijay who played the role of an antagonist. She did notable roles in some of the other Tamil films as well.

On Friday, she conducted a question and answer session with her Instagram followers. While answering to various kind of questions shot by her fans, one of them asked “why you put name Nair caste name ??”.

Replying to him, the actress said “For me, Parvati Nair is and will be my name. I give zero importance to caste :)” in her reply.

Most recently, Tamil actress Janani who is pretty much active in social media platforms with huge sum of followers, changed her handle names from Janani Iyer to Janani “here”. This gesture of the actress impressed hundreds of social media users as a result of which they are lauding Janani for her progressive thinking. While many of us debating over the existence of casteism in our society and looking for ways to abort caste discrimination, Janani went one step ahead and practically proved that she wants to be a part of a society that values human being for their acts, attributes and behaviours not based on birth.

Coming back to Parvati’s chat session, Many other fans of her asked various kind of questions to her. When someone asked whether she would marry a Tamil guy, Parvati said “Why not ? I marry when I find unconditional love and where he is from won’t matter”

Someone asked whether she is comfortable with a swim suit. Here’s how the actress replied :

When a fan asked how much it costed for her to visit Maldives, the actress said that it is absolutely free as it was done for promotion.

Jimmy Neesham’s Comment On Dhoni’s Wicket At World Cup Semis Irked Indian Fans !!
Samantha Finally Reacted To The Trolls & Criticisms That Surfaced Against Her For Acting In Family Man 2 !!