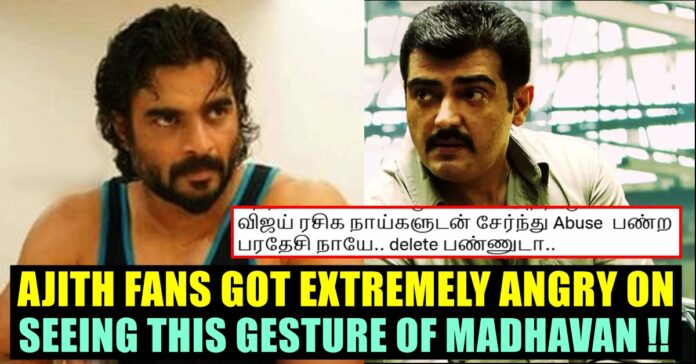 Actor Madhavan who is currently busy promoting his first ever directorial “Rocketry : The Nambi Effect”, has been becoming a subject to controversy time and again. Initially, the actor’s statement about the usage of “Panjangam” in ISRO grabbed the headlines highlighting how internet users criticized the actor for his blunt statement. Maddy apologized but said that it didn’t change the fact on what was achieved with just 2 engines.

Recently, the actor, in an interview claimed that twitter has only 25 lakh users from India. After being called out for his statement, the actor came up with a tweet saying that he mistakenly said 25 lakhs instead of 250 lakhs but the percentage he mentioned was right. Now, the actor, after sharing a picture of himself kissing his wife in Nambi Narayanan makeover, retweeted a morphed picture of actor Ajith Kumar which made the fans of the actor upset. 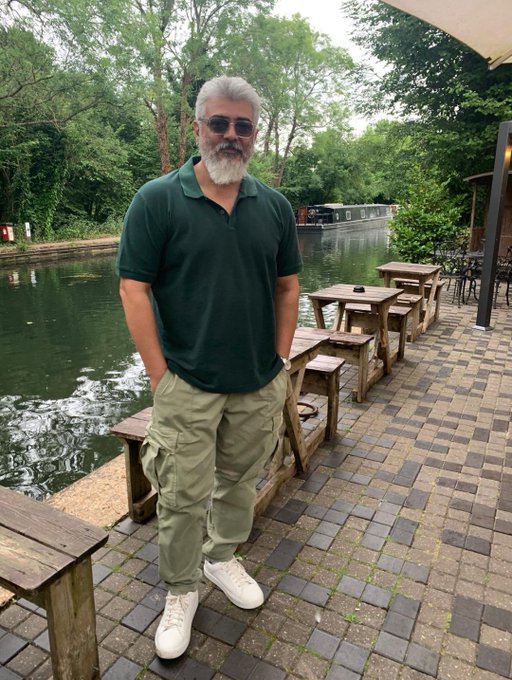 On Wednesday, Madhavan came up with a selfie picture of himself kissing his wife in the get up of Nambi Narayanan, biography of whom he had made, the actor wrote “When my brother-in-law freaked out when I sent him this photo of my wife .🤣🤣🤣🤣😂 #rocketrythefilm .❤️❤️🙏🙏🚀🚀🚀” as his caption.

When my brother-in-law freaked out when I sent him this photo of my wife .🤣🤣🤣🤣😂 #rocketrythefilm .❤️❤️🙏🙏🚀🚀🚀 pic.twitter.com/s2aAoADPj6

The post garnered 10 k plus likes in no time with various kind of reactions from his followers. A fan with the display picture of actor Vijay, uploaded a morphed picture of actor Ajith kumar as his comment.

Madhavan retweeted the comment through his official handle and it is not known whether he did it intentionally or not. Here’s the screenshot of the actor’s twitter activity : 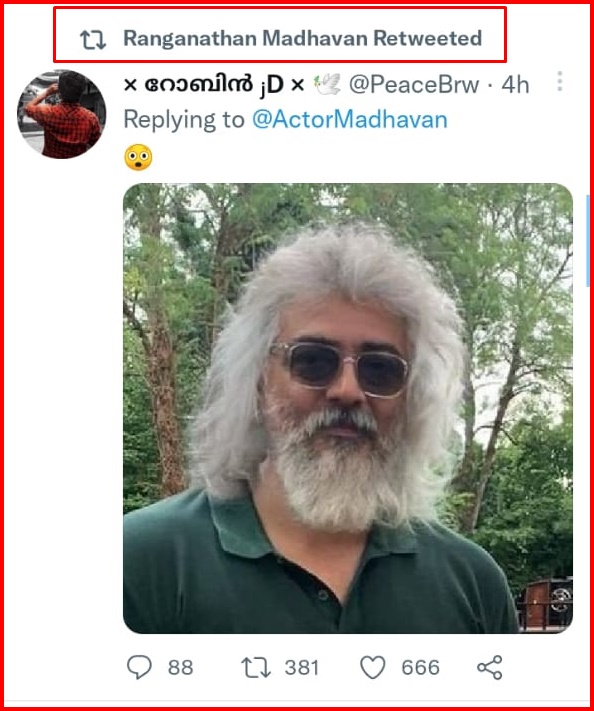 While a set of fans believed that Maddy could have retweeted the picture thinking that Ajith looks good in it, many fans of actor Ajith kumar started expressing their displeasure over it.

Out of all the replies man chose to retweet this. 😂
Pure vanmam 😤 https://t.co/k76eCttxCz

Seriously this is not even funny மாதவன் sir , we thala fans have a great respect on you , beyond actor you are patriot and with rocteryovie you proved that , please delete this tweet https://t.co/IGxQq7OG6B

This doesn’t look like he accidentally retweeted it😂😂🤌🏽 https://t.co/You9fCvGs8

Nothing to be offended. Ajith looks good in that picture. Probably, Madhavan also felt that.
In fact whatever edit these haters do, they cannot undermine good looks of Ajith.
Don’t read between the lines. Madhavan sounds to be one of the good hearted person. Let’s appreciate him. https://t.co/eW38GifRCI