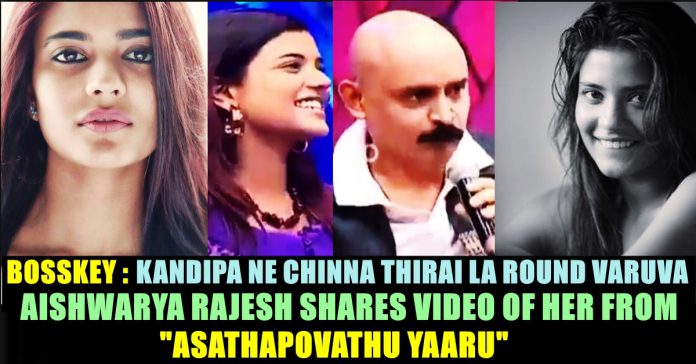 Aishwarya Rajesh is an Indian film actress, who has appeared in leading roles primarily in Tamil cinema. She started her career as Anchor in a famous comedy show called Asathapovadhu Yaru on Sun TV. After winning the reality show Maanada Mayilada. she made her debut in Avargalum Ivargalum and became known after starring in Attakathi portraying the role of Amudha. 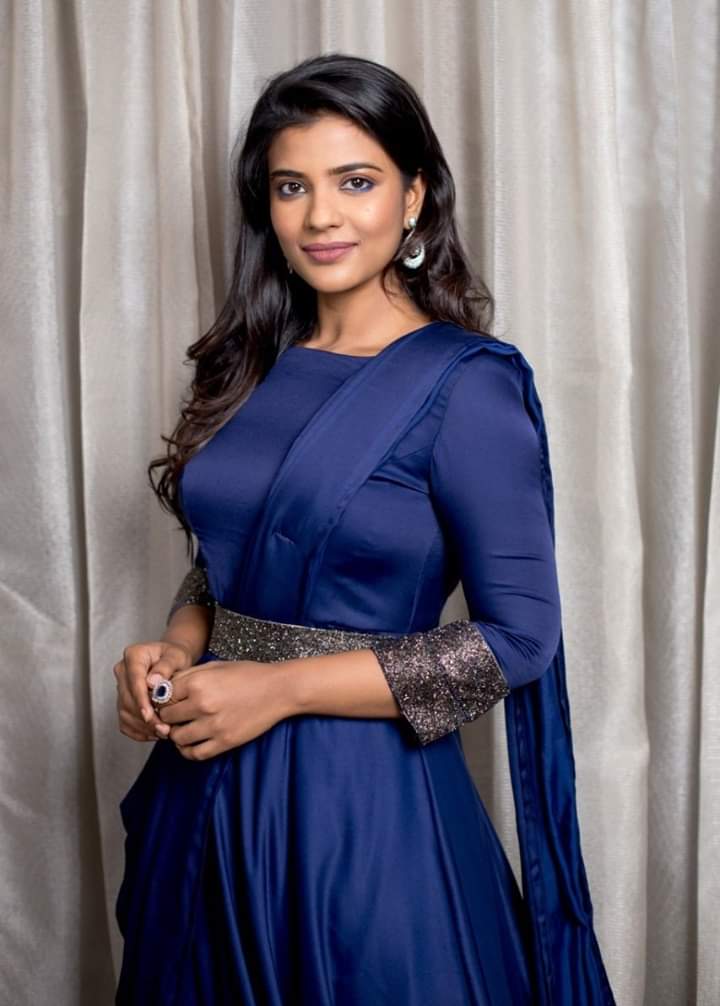 She was last seen in Kana movie as main lead directed by Arunraja Kamaraja which was Sivakarthikeyan’s debut production. The actress in her twitter account shared an exclusive video in which she is seen interacting with the Bosskey, judge of the show.

In the video Bosskey says “You will definitely do well in small screen” to which Aishwarya who was hosting the show says “Sir, not small screen, I will do well in silver screen”

This video amused everyone including actor Siddharth, host Kiki Vijay , cinematographer Anand Jeeva and Sharan (Vada Chennai fame) as the actress walked her talk. Check out their reactions here :

Aishwarya Rajesh is currently being a part of Gautham menon’s Dhruvanakshathiram and Idam Porul Yeaval. Check out some of the reactions from her fans for her post :

‘When you want something, all the universe conspires in helping you to achieve it.’ ❤️

Now you deserve it akka😍❤️❤️💐💯
All the best for your future flicks!🤗

Her first Malayalam film was Jomonte Suvisheshangal opposite Dulquer Salmaan and she also acted with Nivin Pauly in her second Malayalam film Sakhavu. She made her debut in Bollywood, in 2017 through the film Daddy opposite to Arjun Rampal and also acting in two big films Vada Chennai and Dhruva Natchathiram opposite Dhanush and Vikram. She received Tamil Nadu State Film Award for Best Actress for the 2014 film Kaaka Muttai at Tamil Nadu State Film Awards.

She studied at Ethiraj College for Women, Chennai and graduated with a B.Com degree. She started to learn dance since she needed to choreograph a stage show for a student cultural fest and later entered the reality show Maanada Mayilada on Kalaignar TV.

Previous article“I Deliberately Lied To Ilayaraja For Not Attending The Function” Mysskin’s Bold Speech On Ilayaraja 75 !!
Next articleMan Bought 140 Crore Worth Car From Bugatti !! You Must Check This Tamil Actor’s Reaction !!