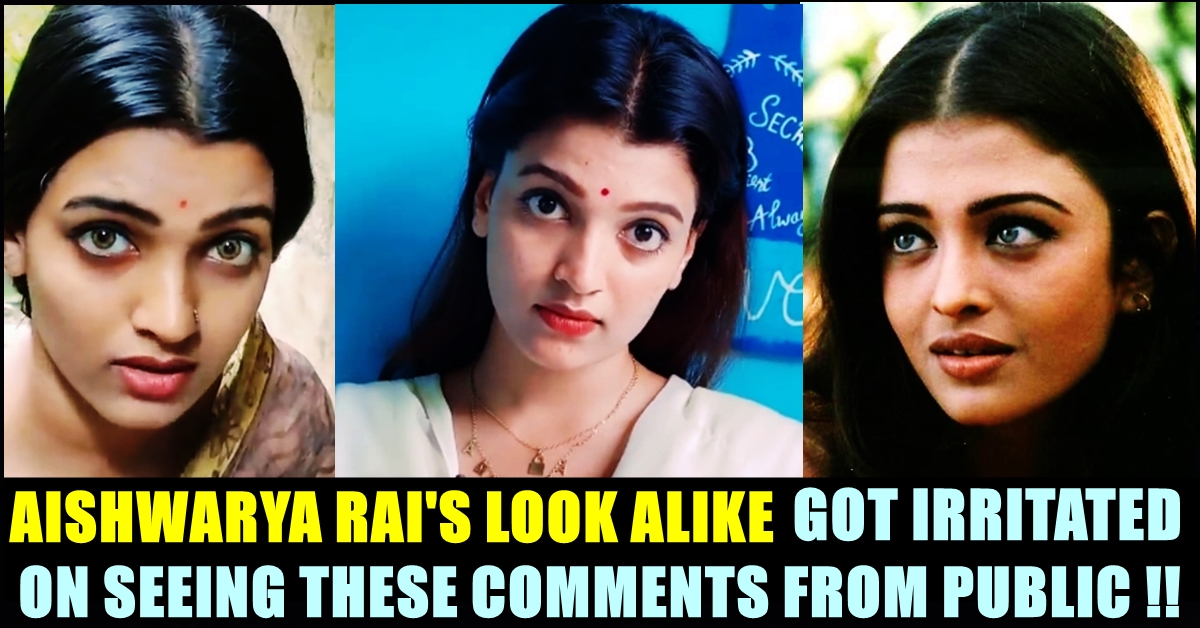 Months ago, a number of media portals carried a news promoting an Instagram model named Amrutha as a look alike of former Miss World and Pan Indian actress Aishwarya Rai. As a result of the thousands of comments that surfaced in the micro video posting social media app Tik Tok caused the reports and the model became familiar across all the social media platforms.

After Manasi Naik and Mahlagha Jaberi, who shot to fame with their looks which is similar to Aishwarya Rai, Amrutha whose Instagram name reads as Ammuz Amrutha, shot to fame in a very shot period with her looks. The former Tik tok star who enjoyed a huge following in the now-banned app, often recreated Aishwarya Rai’s iconic scenes, mostly from her South Indian films and impress the Internet users. She enjoyed 1.2 million followers in Tik Tok platform which got banned by the Indian government.

It was also reported that she was offered to act in a movie named as “Picasso”. She who acted in few advertisements and did minor roles in was expected to feature in Tamil and Malayalam movies for the reach she garnered for her every video.

However, Amrutha is not limiting herself to only Aishwarya Rai recreations but also posting videos of herself mimicking other popular audios and sound tracks. She is also uploading pictures from the photoshoots she has been getting participated in. Check out some of her recent posts below :

Now, when one of her 4 lakh followers asked what irritates her the most, Amrutha said that people are always judging her whether she looks like Aishwarya Rai or not in the every post she upload. “No matter what post I upload or what get up I wear, people always judge me saying that I don’t look like Aishwarya Rai in that particular post and would ask me to do make overs similar to her” Amrutha said in the post.

“I have the freedom to wear the hairstyles I like and to appear in looks that I like. Aishwarya Rai make over is something different from that. Some people felt that I look like her and I am happy for that. That’s all” she fumed while answering to the follower.