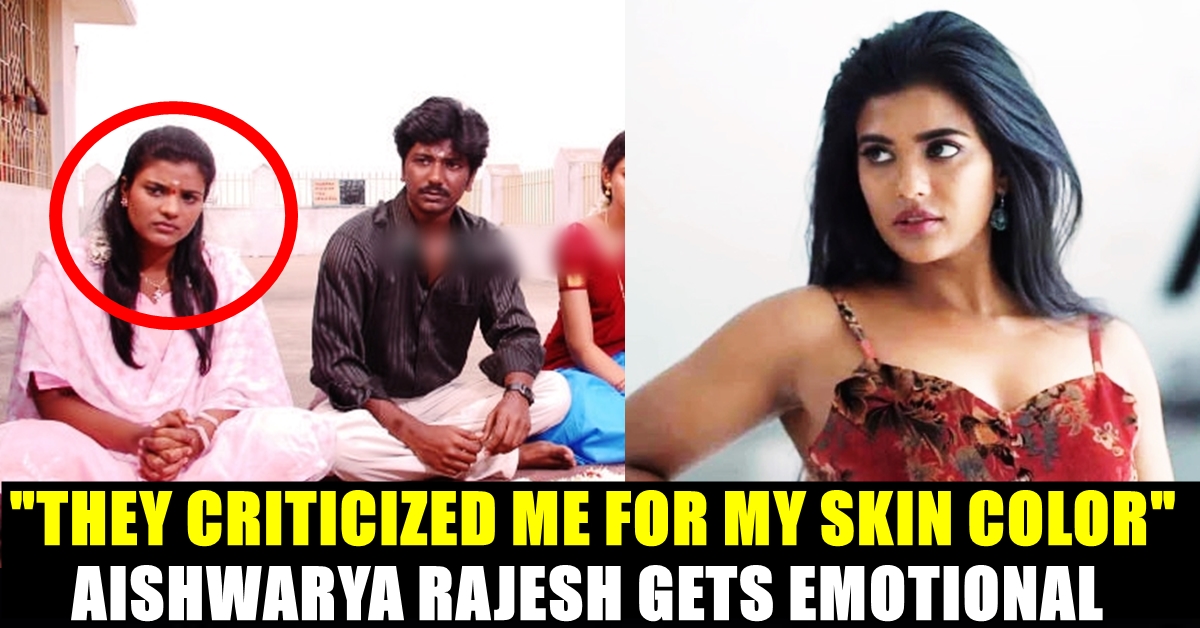 It may look that actress Aishwarya Rajesh rose to fame in Tamil film industry within a short span of time but the struggles she faced to reach the height is immense, thanks to TEDx talks which streamed the video of herself sharing about her journey. The actress, through her speech, made us realize that it is never a cakewalk for a girl to gain opportunities in film industry with no film background.

After Nayanthara, Aishwarya Rajesh is the only heroine in Tamil film industry who manages to get opportunities to play lead role in female oriented movies. The actress says that she is currently working as lead actor on 6 to 7 female oriented movies after the success of her “Kanaa”. While sharing about her journey, Aishwarya Rajesh says that she was brought up by her single mother as she lost her father when she was 8 years old.

Having 3 elder brothers, Aishwarya says that she lost two of them due to tragic reasons. The actress started her life as a girl who belongs to a lower middle class family in an housing board in Chennai. Her mother who was not educated, sold sarees and worked as an LIC agent to feed Aishwarya Rajesh and her brothers. “Through her hard work she gave us good education, despite of being a single mother” says Aishwarya Rajesh who goes on to explain how she started her acting career.

Aishwarya Rajesh says that she started working when she was studying in her 11th standard. “In Besant Nagar, I was standing outside a supermarket and asked people who are entering the Supermarket to taste the “Cadbury Chocolate sauce” which is a new launch. I earned Rs.225 for that job.” said Aishwarya Rajesh. “Followed by that, I did many other things such as conducting events, organising birthday parties and all only to realize that the money I got through them was not sufficient to run an entire family. So I started acting in Television serials” she added.

“They rejected me for my color, my complexion, the way I look, my personality and for even talking in tamil. Few directors even said to my face that I am not heroine material at all and offered few small roles.” says Aishwarya who reveals that she was offered to play a role opposite to a comedian by a well known director. But the actress turned down the opportunity as she was looking to play as lead.

After 2 years of struggle, Aishwarya Rajesh got the opportunity to play a small role in a Pa.Ranjith’s Attakathi which got her the face recognition and few more opportunities in films such as Rummy, Pannayarum Padminiyum etc. “But the one film that gave me the break was “Kaaka Muttai”in which I played the role of a mother of two children.” she says. Despite becoming a huge hit, Aishwarya says that she didn’t get an opportunity to play opposite to big heroes for nearly 1 year. “I got appreciated by high profile directors and actors but no one offered me a role opposite to big heroes” says Aishwarya who says that “Kanaa” made her to act as hero for her own films.

“Kanaa changed everything. It gave me so many awards and so many big things in my life. I have started acting in many more female centric films that I am currently having 6-7 films now in which I am playing the lead.” the actress says who wants every woman to stand for herself instead of depending on someone else.